Comment (5)
CenturyLink's acquisition of Tier 3 is a clear indication that cloud services remain essential to the future of large US carriers and that they aren't done yet figuring out how to deliver these services. (See CenturyLink Buys Cloud Leader Tier 3.)

Tier 3 may not be a big name in general but it is well-known within the cloud space, ranking third in the Gartner Inc. Magic Quadrant rankings, ahead of Savvis, CenturyLink Inc. (NYSE: CTL)'s existing cloud play, and Verizon Terremark .

And as noted here by TechCrunch, Tier 3 brings sophisticated tools for managing complex work flows that CenturyLink can use to differentiate its offering.

It is significant that CenturyLink states up front that "Tier 3's products, roadmap and vision are now the foundation of CenturyLink's cloud strategy," which is now going to be headquartered in Seattle, while Savvis will be renamed CenturyLink Technology Solutions, beginning in January 2014. And Tier 3's Jared Wray, founder and CTO, will become the CTO of the new CenturyLink Cloud.

That makes this purchase quite significant considered alongside the others CenturyLink has made in this space, most recently AppFog. (See CenturyLink Snares Savvis.)

Clearly, the cloud space is still morphing. Just as Verizon Communications Inc. (NYSE: VZ) made a significant upgrade to its cloud approach, CenturyLink is doing the same -- in a very different way. (See The Myth That Telcos Can't Do Cloud.)

C Chappell 11/21/2013 | 6:53:18 AM
Re: CenturyLink Shows Cloud Is Still Critical Agree - there are many workloads out there that aren't going to move to cloud any time soon and many operators share your situation - the need to service a valuable set of colo and hosting clients,  migrating them gradually to cloud over time, as and when required. Having the ability to orchestrate across cloud and bare metal environments from a single operational interface and to underpin this orchestation with a responsive network will be a critical advantage.
Reply | Post Message | MESSAGES LIST | START A BOARD 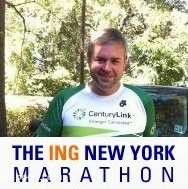 Ahigginbotham 11/21/2013 | 6:42:42 AM
Re: CenturyLink Shows Cloud Is Still Critical Thanks! We have a core belief that the enterprise cloud market has huge growth ahead. In order to be relevant to the Enterprise, being able to deliver managed services on either colo, dedicated or virtual platforms will be vital. The Tier 3 cloud capabilities give us a tactical leg up and certainly advance our capabilities but the bigger strategic value will be realized when we extend their automation into our dedicated and colo services - this, plus the network (Of course ;) will deliver a true hybrid cloud for enterprise. @ahigginbotham
Reply | Post Message | MESSAGES LIST | START A BOARD

C Chappell 11/21/2013 | 4:42:45 AM
Re: CenturyLink Shows Cloud Is Still Critical Verizon did internally, but only after acquiring Terremark and CloudSwitch to bring the necessary software skills in house and to increase the depth of its software development 'bench'. Telefonica bought into Joyent, but it's not clear how much it is leveraging Joyent capabilities. DiData bought OpSource, but arguably this should have been an asset for the whole of NTT. Other carrier cloud providers are recruiting cloud architects and developers, again, to get the skills they need - recognizing that they'll have to do a lot of development themselves to stay ahead in the fast-moving cloud market. While organic growth is important, it's also a smart move to acquire a company that is already driving next generation cloud and with a strong customer base, as Centurylink, and earlier, IBM, have done.
Reply | Post Message | MESSAGES LIST | START A BOARD

Carol Wilson 11/20/2013 | 5:15:09 PM
Re: CenturyLink Shows Cloud Is Still Critical Well-said. I think it's interesting that they are willing to invest in this way and add what they need by acquisition - obviously Verizon did it internally.

Any sense of what other carrier cloud providers are doing on this front?
Reply | Post Message | MESSAGES LIST | START A BOARD

C Chappell 11/20/2013 | 12:45:55 PM
CenturyLink Shows Cloud Is Still Critical CenturyLink is showing a lot of vision when it comes to cloud - and NFV, for that matter. This is an inspired acquisition - as was Appfog - and underlines, again, the importance of that operational fabric as the key to successful cloud!
Reply | Post Message | MESSAGES LIST | START A BOARD
EDUCATIONAL RESOURCES
sponsor supplied content
Ransomware Defense for Dummies
Cisco Umbrella for Service Providers
Cisco Umbrella for MSSPs
TIM Case Study by Cisco Umbrella
Monarch LTE Platform
IDC Technology Spotlight
Managed EdgeCloud with Cisco and NetApp
Educational Resources Archive
More Blogs from Rewired
The Long Goodbye Finally Ends