It's the economics, stupid. For cheerleaders of the public cloud, the argument is usually as simple as that slight corruption of James Carville's classic phrase from the Clinton campaign trail in 1992. With their "hyperscale" presence, AWS, Google Cloud and Microsoft Azure  the three giants of the public cloud  can look after a company's IT resources at a fraction of the cost it would incur to manage them on premises or in a private cloud. But this could turn out to be nonsense for thousands of companies using or contemplating the public cloud, including many in the telecom sector.

The voices of opposition to the public cloud are growing louder. One of the most recently heard belongs to David Heinemeier Hansson, a Danish programmer and partner at software development company Basecamp. In a blog entitled "Why we're leaving the cloud," published a few days ago, he explains in plain English why the numbers simply no longer add up for Basecamp. "It's finally time to conclude: Renting computers is (mostly) a bad deal for medium-sized companies like ours with stable growth," he said. "The savings promised in reduced complexity never materialized." 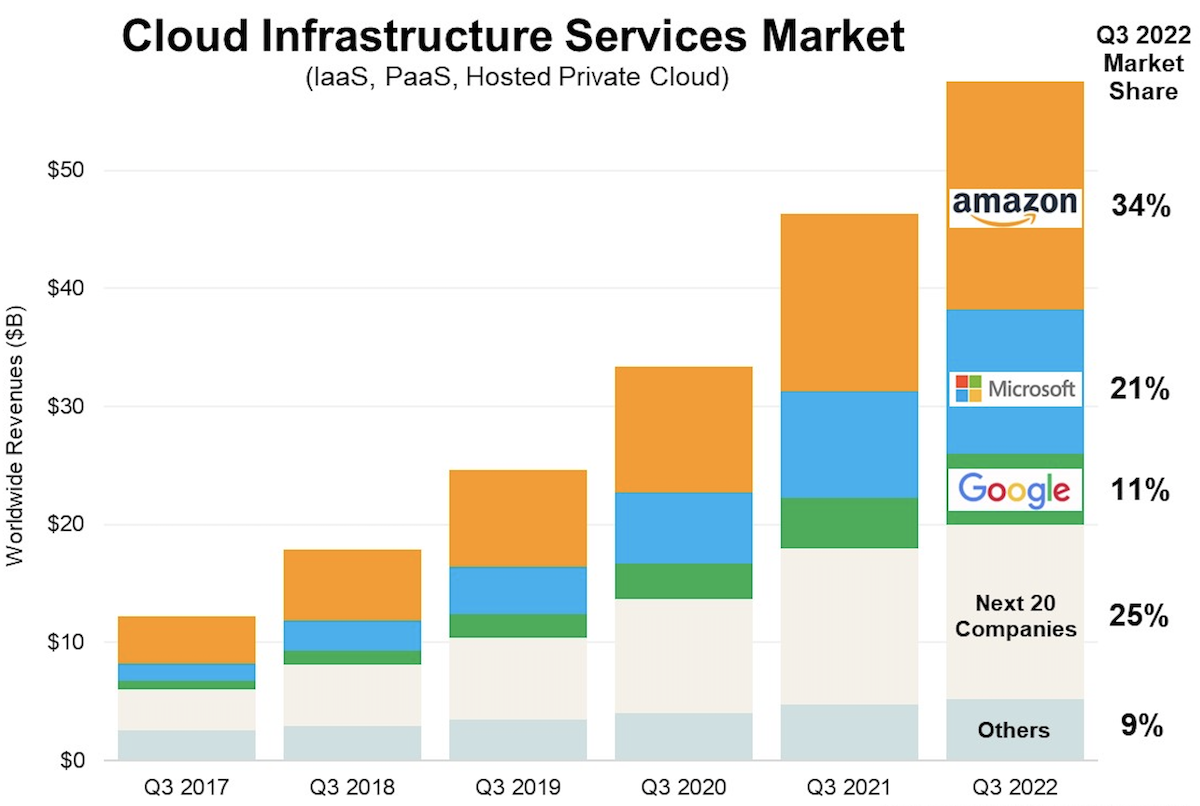 For small companies starting out, the public cloud is probably a no-brainer, he concedes. Traffic is so thin for most startups that investing in IT resources and managing them directly would carry a much higher cost. Another notable exception is when a company's loads are highly unpredictable  "when you have no idea whether you need ten servers or a hundred," as Hansson puts it. Basecamp ran into this problem when it launched an email service called HEY and had 300,000 sign-ups in just three weeks, rather than the 30,000 it had forecast in six months.

Neither of these conditions now applies to Basecamp, which continues to pay more than $500,000 a year to Amazon for certain public-cloud services. "Do you know how many insanely beefy servers you could purchase on a budget of half a million dollars per year?" said Hansson. He is equally scathing about the suggestion the public cloud removes labor and management overhead. "I've yet to hear of organizations at our scale being able to materially shrink their operations team, just because they moved to the cloud."

Basecamp is not some outlier, according to James Crawshaw, a principal analyst at Omdia (a sister company to Light Reading). On a recent Telecoms.com podcast, he noted that Dropbox arrived at the same conclusion about the public cloud. "It's all great for a startup," said Crawshaw. "You don't want to have to go out and invest in a huge data center. But once you've got an established business, as Dropbox presumably has, the economics make sense to bring it back in-house."

Thing is, Basecamp, Dropbox and several others that have outgrown their startup shoes remain small and unpredictable next to most telcos, and there are some prominent naysayers in the operator community. Deutsche Telekom, Europe's biggest operator, shares skepticism about the economic benefits, as does the UK's BT. Nearly all the telco software companies Crawshaw canvassed at a recent TM Forum event in Copenhagen said not much of their software was being deployed in the public cloud. "Most of it is still going in the telecom operators' own data centers or private clouds," he said.

Hansson also accuses AWS of fleecing its customers, citing the biggest public cloud's "obscene" profit margins as evidence. Results published last week show an operating margin of 30% for the first nine months of this year, on sales of nearly $59 billion, despite Amazon's sizeable investments in capacity and services. That margin slips to about 26% for the recent third quarter alone, but one equity analyst expects it to recover.

"AWS is providing an array of cost optimizations to customers, experiencing weaker volumes in some verticals, and absorbing elevated costs from its ongoing capacity build, higher wages and increasing energy costs," said Brian Fitzgerald at Wells Fargo in a research note. "Ultimately, we view backlog as the most important indicator of the health of the franchise and expect growth and margins to rebound."

Operating margins look even more outrageous at Microsoft. While it does not break out the figure for the Azure unit that competes directly against AWS, its overall "intelligent cloud" segment reported an operating margin of 44% on sales of $20.3 billion for the recent third quarter. Of the big three, only Google is unprofitable in this area, reporting an operating loss of $699 million on revenues of nearly $6.9 billion for the third quarter. But it is growing faster than its rivals, with quarterly sales up 38% year-on-year, compared with a 20% increase at Microsoft's intelligent cloud segment and a 27% gain at AWS.

The real worry for customers is the growing muscle of these three titans. "Compared to a year ago, all three have increased their market share by at least a percentage point," said John Dinsdale, an analyst at Synergy Research Group, in a note. "Amazon, Microsoft and Google combined had a 66% share of the worldwide market in the quarter, up from 61% a year ago." The market share of all other players combined has plummeted from 50% to 34% since 2017, according to his research.

"It strikes me as downright tragic that this decentralized wonder of the world is now largely operating on computers owned by a handful of mega corporations," said Hansson in his blog. "If one of the primary AWS regions go down, seemingly half the Internet is offline along with it. This is not what DARPA designed!"

It is enough to make anyone ask why a midsized or large company would see merit in the public cloud. Deutsche Telekom insists the main attraction is the Internet giants' expertise in data analytics, artificial intelligence and machine learning, rather than the economics. It also points out that none of its network functions are currently hosted by hyperscalers. But other operators may simply have overestimated the cost benefits or sought a quick boost from offloading facilities and resources used for on-premises IT or private clouds.

The public cloud obviously served its purpose for Basecamp and others in their infancy. The difficulty might be extricating themselves from it now that they want to stand alone. Moving workloads from one cloud environment to another is said to be notoriously difficult, rather like trying to cut ties with a criminal gang. "Just when I thought I was out, they pull me back in," goes Al Pacino's famous line from The Godfather Part III. That should make any prospective new customer think twice.