The emperor of some nameless place strides butt-naked around his capital city, claiming to wear clothes that stupid people cannot see, and only a child calls him out. It is of course one of the most famous stories by Denmark's Hans Christian Andersen, whose multi-layered themes about deception, mass hysteria and fear of challenging the consensus – no matter how irrational it appears – are more pertinent now than ever.

This was probably not why the TM Forum chose the author's resting place of Copenhagen as the new host for Digital Transformation World, its big event next week. Far likelier is that Copenhagen offered a more attractive deal than Nice, France, where the show previously took place in May or June. But a city full of Andersen statues and memorabilia is a fitting venue given the telecom industry's groupthink tendencies, irrepressible hype cycle and unwillingness to engage with reality. 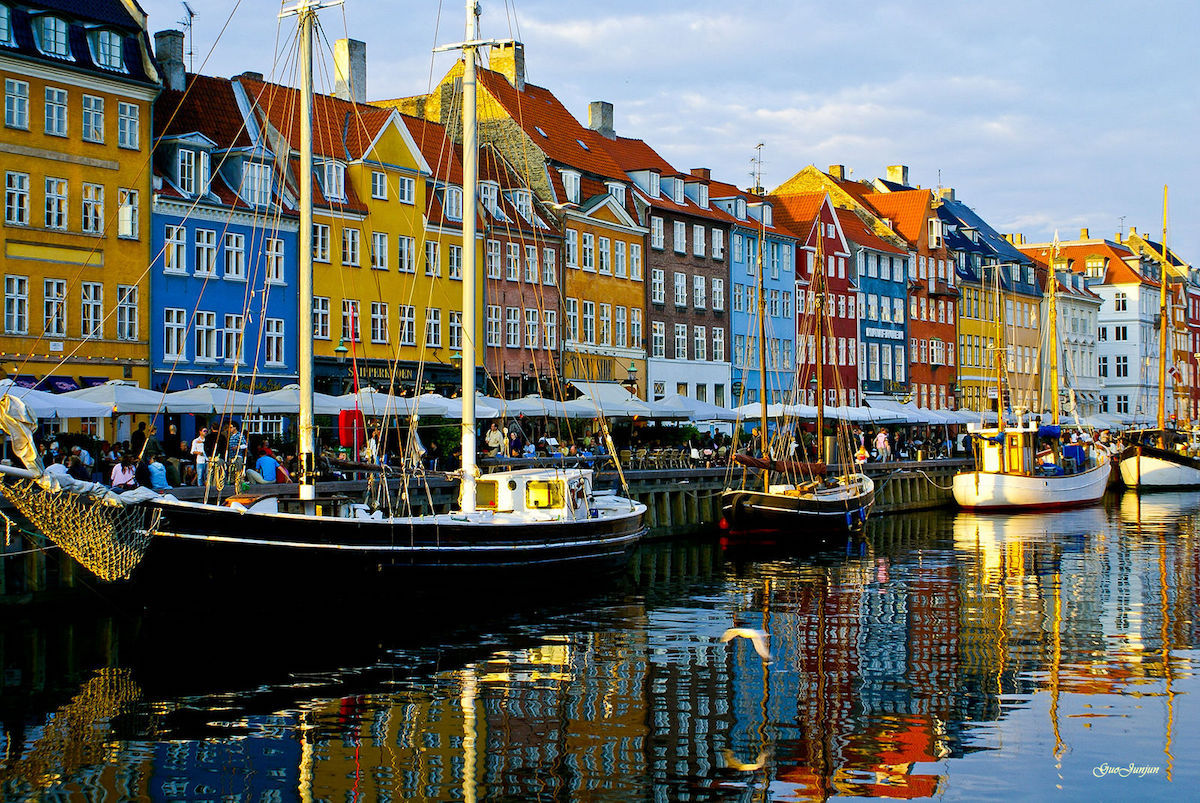 Next week's show returns after a two-year hiatus caused by COVID-19, when most people were too afraid to question the wisdom of lockdowns that may have done more damage than good. It will predictably feature the usual navel-gazing and soul-searching about "digital transformation," a nasty catch-all for making telecom operators more like the Internet companies they loathe and envy in roughly equal measure.

There will be a lot of talk about the importance of open APIs (application programming interfaces), even though these are arguably too generic to be much use. Telco vendors will give the usual shoutout to the "standalone" variant of 5G as "real 5G," implying the non-standalone version on which most operators have spent billions of dollars is just some kind of fake. 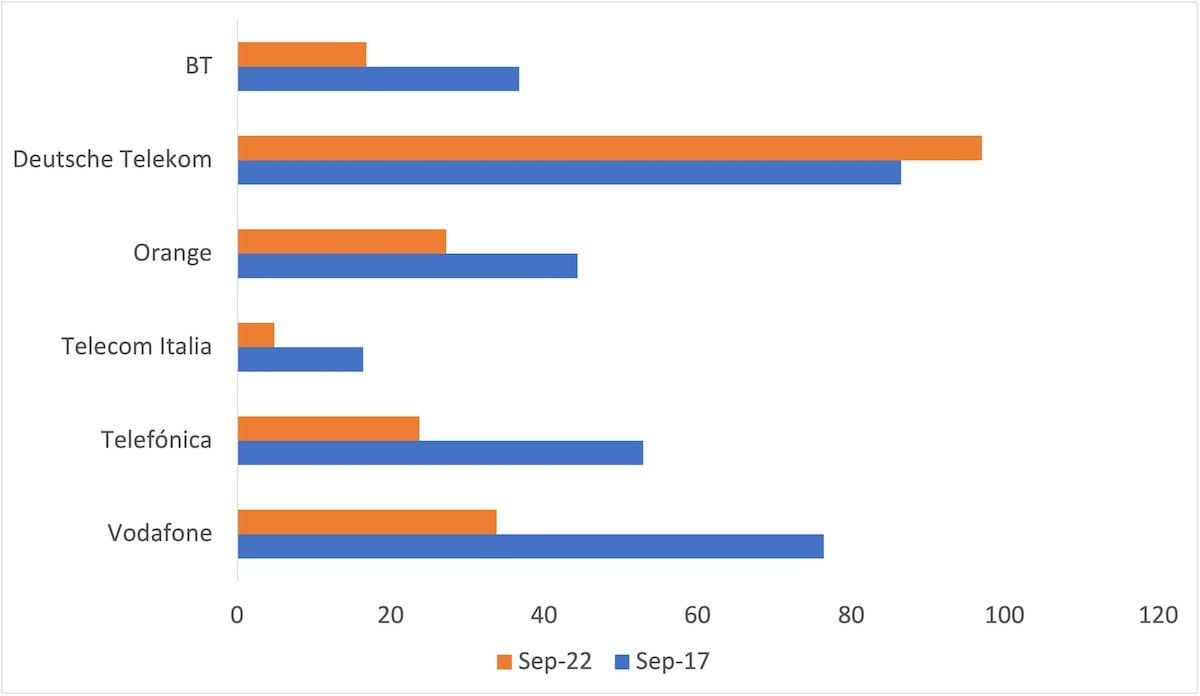 Meanwhile, a basket of six Tier 1 operators with European headquarters is worth around $110 billion less today than it was five years ago, after a lurching ride on stock markets over that period. Only Germany's Deutsche Telekom has seen any kind of improvement, thanks entirely to a fast-growing US business facing inept and/or spectrum-starved rivals.

This stunning loss of value, a measure of the regional industry's health, has happened while suppliers and trade bodies have cajoled operators into spending money on a wave of transformative technologies – from NFV to CNFs – and backing a succession of promised-land initiatives.

One of the clearest examples comes not from the TM Forum's stable but the Linux Foundation, a factory that spits out one open-source project after another. Several years ago, it was virtually impossible to venture into the jungle of telecom technology without encountering ONAP. An acronym for Open Network Automation Platform, it was heralded as a common approach for managing virtualized networks. Huge entities like AT&T, China Mobile and Huawei roared loudly about it. Dissenting voices were almost drowned out by the noise.

But after making such a din for so long, ONAP's supporters have gone monastically quiet. "ONAP had its moment of shining glory many years ago and then really didn't take off," said Kailem Anderson, the vice president of portfolio and engineering for Ciena's Blue Planet division. "I think a lot of these open-source initiatives start out with grandiose visions and the problem with ONAP was that thinking you can deliver an open-source OSS [operations support system] stack was probably biting off more than it could chew, because everyone has their own instantiation of that."

ONAP was certainly big. By 2017, it had swelled to more than 10 million lines of code and was already a lumbering software beast that intimidated smaller telcos. Nor did it seem all that open. Although numerous ONAP contributors were listed on its website, the main backers seemed to be AT&T, Amdocs, Huawei and ZTE.

Whatever anyone says about the security of open-source code ("there is no security in obscurity" is that community's standard line about proprietary software), the keen involvement of China's two big kit vendors in ONAP cannot have helped its prospects while China and the West were drifting further apart.

Anderson's complaints about ONAP are echoed by others, including Dave Duggal, the founder and managing director of a software startup called EnterpriseWeb. "It looks like a bloated SOA [service-oriented architecture] middleware stack from 2005 that didn't work for enterprise and won't ever be successful in telecom," he told Light Reading during a LinkedIn exchange.

There are even doubts that ONAP's original sponsors are still committed to the platform. "Anecdotally, I have heard that AT&T, even where it has been using it, has given up and gone to commercial solutions from the likes of Nokia instead for orchestration," said James Crawshaw, a principal analyst with Omdia (a sister company to Light Reading).

ONAP is not dead, Crawshaw points out. Operators including Deutsche Telekom and Orange still appear to be using parts of it, he said. Blue Planet remains both a contributor and consumer, as well. "We've leveraged parts of it for our portfolio and I think that is what the telcos have done, too," said Anderson. "You can't take a big monolithic open-source project like that and make it fit for purpose for Tier 1, Tier 2 and Tier 3 telcos, but it has its place."

New open-source initiatives and technologies are now parading themselves. Copenhagen will probably feature some chatter about Nephio, another Linux Foundation project for managing multivendor cloud infrastructure. Backed by Google, it does seem to have a more specific purpose than ONAP. It looks timely, too. Europe's big operators currently sound as unenthusiastic about cloud lock-in as they are about single-vendor reliance in general. And BT has been rubbishing the argument that public clouds can manage telco resources more efficiently.

But if Nephio is to aid multi-cloud operations, multiple clouds will presumably need to get behind it. Today, neither Amazon nor Microsoft, the two other big public clouds, is on board, and they may have their own ideas. How Nephio aligns with individual telco initiatives is also unclear. Vodafone, listed as a Nephio member, is developing its own telecom-as-a-service (TaaS) platform for porting workloads between different clouds, for instance.

At the Langelinie promenade, TM Forum attendees will be able to see Edvard Eriksen's little mermaid statue, depicting the main character in another Andersen fairy tale. The famous Copenhagen landmark shows her changing from mermaid into human, a painful transformation in the story. As with emperors and their clothes, it is a theme many telecom industry observers will appreciate.