TelcoDR sets up $1B fund for public cloud mission

Few people had even heard of Danielle Royston before 2021. A former CEO of telecom software vendor Optiva, Royston became big news when she took over Ericsson's giant stand at this year's Mobile World Congress  following the Swedish vendor's coronavirus-prompted withdrawal  and turned it into a public cloud emporium.

Fancying herself as the "Elon Musk of telecom," she has now followed up that audacious move by establishing a $1 billion "telco transformation" fund that will invest in telecom software for the public cloud.

Skyvera, as the entity managing the new fund is named, has already bagged Zephyrtel and looks rather like a rebranding of that business. 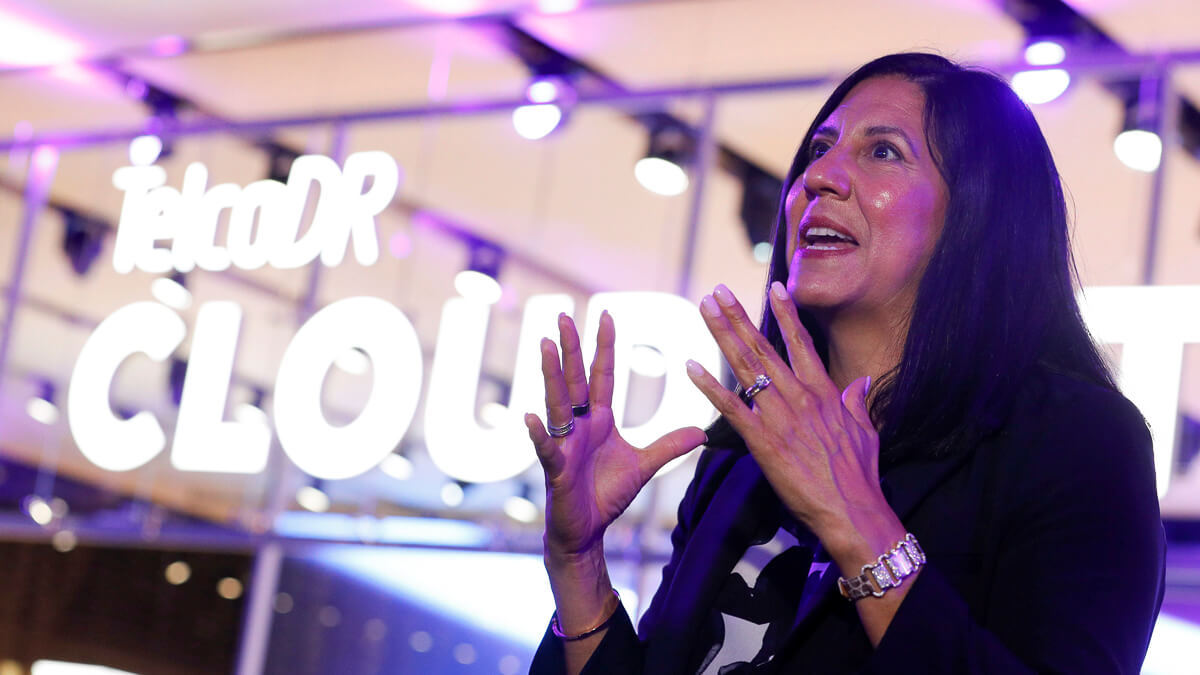 Formed as recently as 2018, it has been highly acquisitive, snapping up software firms including Accuris Networks, Invigorate, Mobilogy Now, PeerApp, ResponseTek for Telco, Service Gateway, Vasona and VoltDelta. Its plan, Zephyrtel said back in 2018, was to put together an "end-to-end telco application suite" for IT systems.

Royston had already claimed to have $1 billion at her disposal. In May, she spent about $100 million to acquire Totogi, which develops charging software hosted in the public cloud.

She has always been tight-lipped about the identity of her financial backers, but the main source of her funding seems likely to be ESW Capital and founder Joe Liemandt, whose net worth currently equals about $3 billion, according to Forbes.

ESW and Royston are known to have a long history and the links between them are numerous. It sold shares in Optiva after Royston quit and had previously supported her demands for higher pay when other board members would not.

Prior to that, Royston had worked for Liemandt at Trilogy, a software company he founded. Zephyrtel, moreover, was a subsidiary of ESW Capital before it was taken over by TelcoDR, Royston's company, on undisclosed terms.

"TelcoDR has a group of investors and they choose to remain anonymous to keep the focus on TelcoDR and the execution of its strategy to accelerate telco's inevitable move to the public cloud," was the message.

A $1 billion fund gives Royston substantial firepower to pursue her ambition of building a cloud-friendly telecom software business. She unashamedly describes herself as a public cloud evangelist and has been critical of the telecom industry's slow progress on adapting to the public cloud.

The laggards will ultimately regret it, she has repeatedly argued, as the leaders take full advantage of public cloud efficiencies.

Even so, the telco software market looks extremely competitive and includes big vendors such as Amdocs, Ericsson, Nokia and NEC. Each generates billions of dollars in annual revenues and none is ignoring the public cloud.

Amdocs teamed up with AWS late last year, while both Ericsson and Nokia have recently announced their own partnerships with hyperscalers. Netcracker, NEC's telco software subsidiary, began offering its business and operational support system applications on AWS last year.

Alongside those giants, Zephyrtel (or Skyvera) seems a toddler. Writing on LinkedIn, former CEO Mike Shinya put its annual revenues at "nearly $70 million." On the plus side, Zephyrtel/Skyvera  which lists customers including A1 Telekom Austria, Asiacell, Avantel, Batelco, M1, Mobifone, Taiwan Mobile and Sierra Wireless  looks highly profitable (Shinya boasts a net margin of 70%) and now has a lot of money to spend.

Shinya's successor has been named as Matt Taylor, an industry executive with more than 25 years of experience at a mixture of telecom startups and large enterprise software companies, according to TelcoDR's update.

"The inevitable shift of workloads to the public cloud is a big change for many in the telco sector, which has traditionally been slow moving and burdened by on-premises infrastructure and solutions," he said in the official release.

Regardless of the pros and cons, interest in the public cloud is rocketing and Skyvera clearly has a desire to be innovative in its approach to that market.

Henceforth, its customers will be automatically enrolled in what TelcoDR calls the Skyvera Cloud Club, giving them access to the full library of software applications in exchange for credits. The amount they receive will depend on how much they spend.

Royston, unsurprisingly, has been disparaging about many of the software offerings developed by the industry giants, doubting they qualify as "cloud-native," despite what their providers might say.

Whatever the truth, some of the long-established players are still burdened by unprofitable contracts and back catalogs of obsolete products.

Ericsson is an example. Due to report third-quarter results tomorrow, its digital services unit ran up an operating loss of 1.6 billion Swedish kronor (US$180 million) between April and June, when sales dipped 8%. That is one problem Skyvera should not face.