"The phone isn't going to ring, the data session is not going to happen unless that core service is up and running," Ray explained this week at an investor event, according to a Seeking Alpha transcript. "I'm not at the point yet where I would put that in the hands of a third party." 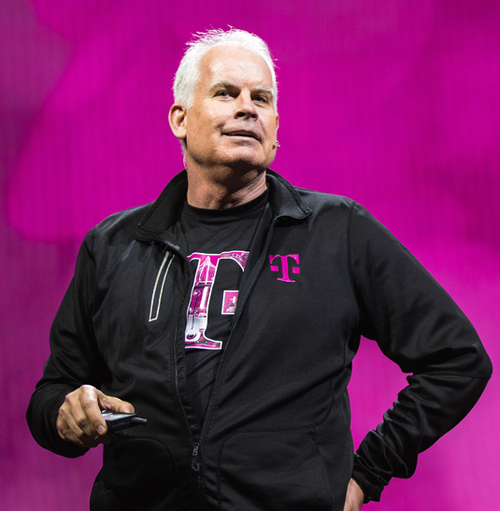 The timing of Ray's comments is noteworthy considering Amazon Web Services (AWS)  the world's biggest cloud computing provider, by far  reported yet another outage this week. Although brief, the outage affected services ranging from Netflix to DoorDash.

Partly as a result, the increasingly critical role that AWS and other big cloud computing providers play in the world's Internet operations is coming under scrutiny. "Quite simply, AWS is too big and has too many customers for the good of society," wrote The Information.

And some executives in the telecom industry are sounding similar warnings as AWS, Microsoft and Google increasingly work to convince telecom network operators to outsource their core network operations into the cloud.

"Still want to put your network core into the public cloud? #suckers," tweeted Neil McRae, chief architect of the UK's BT, following one of AWS' outages.

"We like to own that experience as much as we can ourselves because that's pretty critical in the nature of the business here," he said of the operator's cloud. He said T-Mobile operates its own in-house cloud computing service, and that's where it runs its 5G standalone core. He said T-Mobile is comfortable offloading its IT operations into a third-party cloud, but that the operator does not feel the same way about its core networking operations.

"But [we're] very open [to] working with all the cloud providers every day," Ray added.

Ray's comments are noteworthy considering both Dish Network and AT&T have widely embraced third-party cloud services. Dish is in the early stages of building its own nationwide 5G network, and has said it plans to run all of its core network operations in the AWS cloud. Dish has argued doing so will provide it with much more flexibility in terms of innovative business services, and that it will cut down dramatically on its network-operation expenses.

AT&T, meanwhile, plans to transition its own 5G core network operations into Microsoft's cloud over the course of the next three years. One analyst said AT&T risks "losing control" over its network and technology roadmap over the long term due to the move.

Ray argued that T-Mobile is leading in other aspects of 5G. For example, he said T-Mobile plans to deploy its 5G services across 200MHz of midband spectrum by the end of 2023 – up from around 100MHz today. He said that would help T-Mobile reach its goal of increasing its network capacity by a factor of 14 through its purchase of Sprint and Sprint's 2.5GHz midband spectrum.