Forget that bass. It's all about ads.

With people staying home clicking and watching Pinkfong's Baby Shark (with 7.91 billion YouTube views), Google's owner Alphabet hoovered in $55.3 billion in revenue in the first three months of this year.

That's up a tidy 34% from the same time last year, firmly busting analysts' expectations of $51.6 billion. 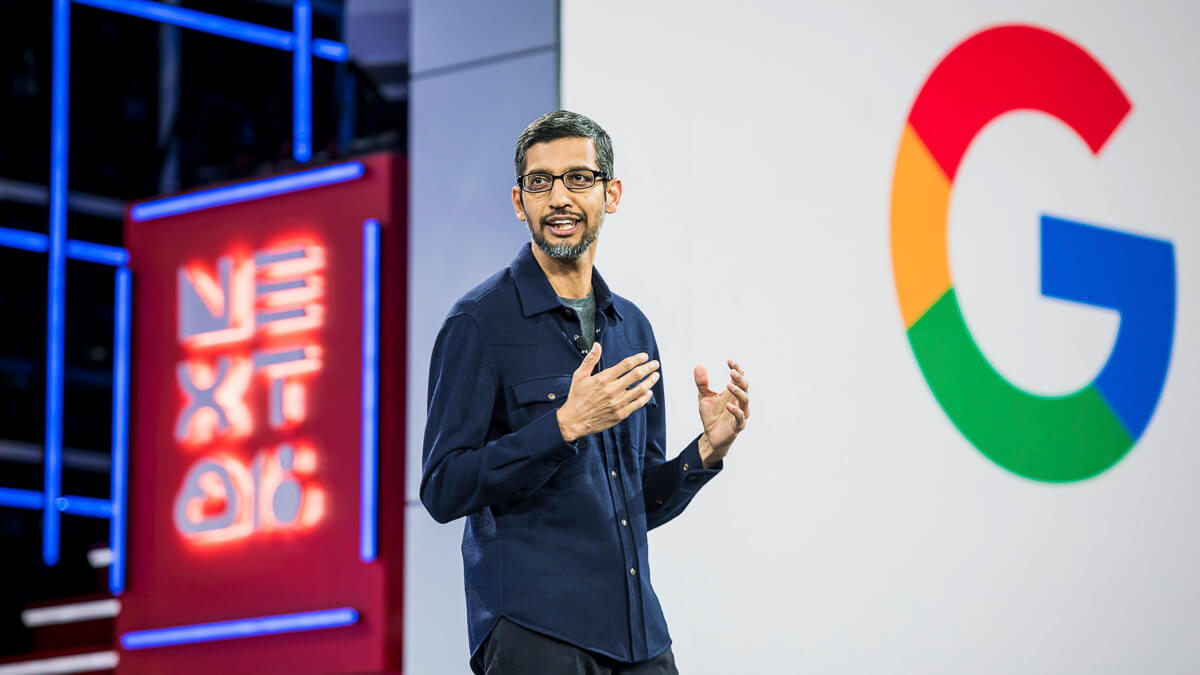 The ads have it: Another stellar quarter for advertising to cheer up CEO Sundar Pichai  while storm clouds gather elsewhere.

Ads in Google searches brought in $31.9 billion for the quarter (up from $24.5 a year before), while YouTube ads yielded another $6 billion (up from $4 billion).

And just to put these numbers in context a little, the total US newspaper advertising revenue in all of 2019 was $11.5 billion, according to Emily Bell, a professor at Columbia Journalism School.

Even more when you add that about 80% of searches are still not monetized with digital ads. And that 44% of Alphabet's revenues came from Asia, solidly above the 33% in the US.

Plus, rebounding retail searches, bolstered by "kerbside pick-up" and "available near me" search options, proved Google's strongest area in the quarter as shop doors slowly inch back open.

So with Google having pretty much sewn up all aspects of the search engine advertising game, its position starts looking sustainable for some time to come.

Unless governments start deciding to take aim at it (more on that later).

Buying things through short video, something that has proved quite big in China  is "a large and fast-growing business, and we're just getting started" in it, said Philipp Schindler, chief business officer, on a conference call with analysts.

"I think we're still scratching the surface on what's possible really with commercial intent on YouTube," he added.

Calvin Klein tried selling on YouTube in the last quarter as part of a Brand Connect and saw a 200% increase in its brand search, said Schindler.

Google Cloud meanwhile saw its revenues up 46% in the quarter, another COVID-19 winner at $4 billion. (Up from $2.8 billion a year before.)

As Sundar Pichai finds himself sitting on $135 billion of cash after the quarter, he's embarked on a $50 billion share buyback scheme.

This is double the stock the company bought back in 2019.

Nan You're a Windows Shopper

This isn't to say it's all sunny driving in the Googleplex.

Google faces a tough year in the gunsights of prosecutors and legislators, in Washington, London and Brussels.

And Google's artificial intelligence division is in tatters.

Two high-profile AI ethics researchers were given pink slips, in a way that seemed scripted to illustrate everything that's wrong with Tech Bro Inc.

Timnit Gebru, a prominent Black female AI researcher, was abruptly fired after she published a research paper pointing out risks for bias in AI, including in facial recognition and search.

Gebru had been co-leader of Google's Ethical Artificial Intelligence team.

Then computer scientist Margaret Mitchell, the team's other leader, reportedly used automated software to search old messages to find out if there had been examples of discriminatory treatment toward Gebru.

Google then fired her as well.

After which, 14-year Google veteran and prominent research manager Samy Bengio said he was resigning.

"I stand by you, Timnit. I also stand by the rest of my team who, like me, was stunned and is trying to make sense of all this," he posted on Facebook.

And remember what we said about Google being a quasi-monopoly in search?

Funny that. Because the US Department of Justice has filed three antitrust lawsuits.

One, which will go to trial in September 2023, says Google unlawfully edged out competitors by reaching deals to be the default search engine on smartphones, including Apple's and Samsung's.

Another, which 40 attorneys general filed in December 2020, said Google's search results boosted its own services over more-specialized rivals.

So Google has its challenges, both in finding its way again after these high-profile sackings and resignations, and in defending how it's used its privileged market position.

But as long as people keep searching, it has the benefit of addressing these from atop an Ebenezer Scrooge-scale pile of cash.