As the telecommunications industry lurches into 2022, there are several ongoing trends for North American service providers that could come to the fore as 5G investments are expanded (and justified), edge computing applications arrive and the battle for broadband subscribers takes an interesting turn.

The dawning of almost every new year brings enthusiasm from service providers for new services and applications for their customers. In the case of 5G, analysts say 2022 will be a time for service providers to focus on making money on the network investments they've already made.

"The business issues are the telcos have made too many promises, and generated too much hype about 5G," said Futuriom chief analyst Scott Raynovich. "They've realized it's way too expensive. They can't afford it. So all of the technology trends are driving towards how can they reduce the cost of deploying this network? That spawns sub-trends such as open RAN, white boxes and cloud orchestration.

"They've guaranteed or promised everybody infinite amounts of 5G bandwidth, and now they've realized they don't have enough money to deliver it," Raynovich said.

To help make their networks more efficient, service providers such as AT&T and Verizon deepened their partnerships last year with cloud providers such as Amazon Web Services (AWS), Google Cloud Project (GCP) and Microsoft Azure. By moving some 5G core elements to the hyperscale providers, the telcos benefit from the expertise the cloud providers have in artificial intelligence and machine learning, as well as the data centers those companies already have in place.

In light of network outages last year by AWS and Azure, Raynovich said service providers and enterprises needed to take a hard look at their redundancy plans in 2022 to include multicloud environments.

"That's going to be a big question in 2022," he said. "At AWS re:Invent, Amazon basically swept multicloud under the rug and said Amazon was enough. I don't think boardrooms around the world are going to accept that." 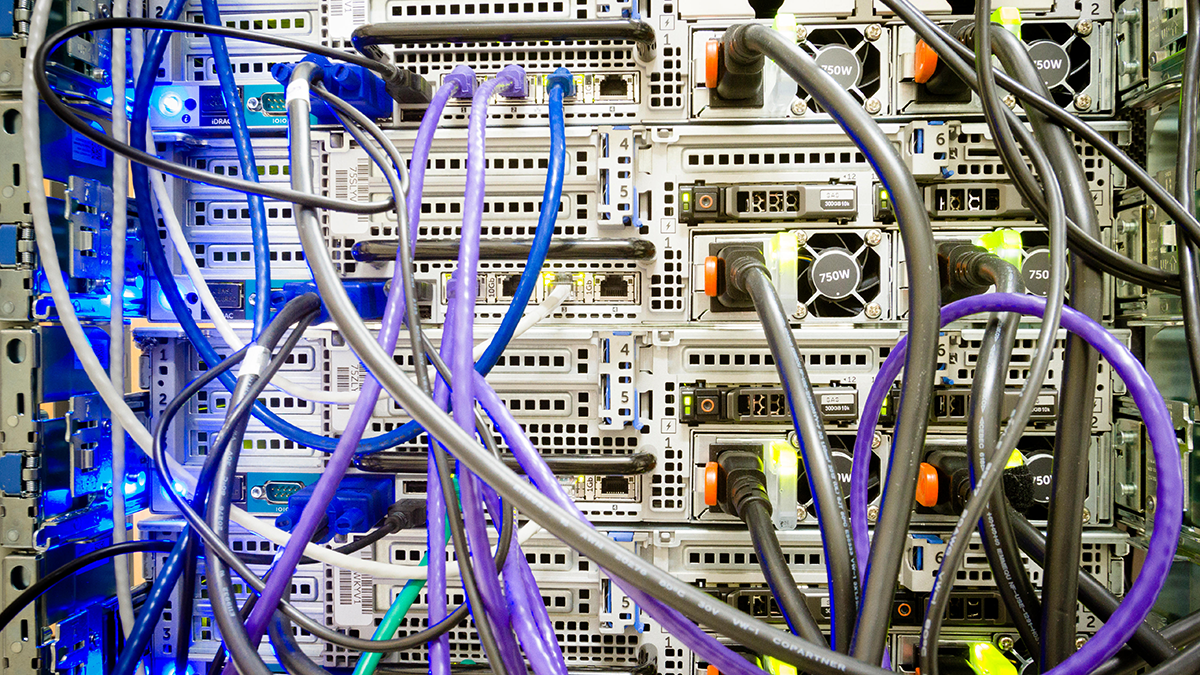 Service providers have a lot of issues to untangle in 2022.
(Source: Ellen Isaacs / Alamy Stock Photo)

Setting aside the ongoing development of open RAN, 2022 could very well be the year that 5G proves its value beyond just faster speeds as applications, such as cloud gaming and augmented reality, are boosted by low-latency edge computing trials. According to Roy Chua, principal analyst at AvidThink, the edge computing trials will be with and without telcos' hyperscale partners.

"For some, the 5G virtualization and open RAN workloads will be the initial use cases, justifying the initial investment in infrastructure buildout as part of the 5G total buildout," Chua said. "But we'll also see more wavelength type efforts, with Azure and GCP finally coming in for network edge, as well as on-premises edge."

To date, Raynovich said the edge has been a dud, but he expects edge cloud applications, such as process-intensive computer vision and smart city applications, to find more traction in 2022.

In addition to midband deployments, Chua also predicts more lowband coverage and mmWave buildouts in 2022, mainly by Verizon and AT&T with less by T-Mobile.

Thanks to the FCC's Rural Digital Opportunity Fund (RDOF) and other government-funded broadband initiatives, Recon Analytics analyst Roger Entner said there would be strong broadband additions this year for cable operators, and more broadband investments in 2023.

"I think the subscriber numbers that T-Mobile is posting, or that Verizon is beginning to post, have to be just a little bit worrisome to cable operators," Heynen said. "I think there's a change in the competitive landscape for the cable operators and that's something that many of them haven't dealt with for a while, which is a non-DSL-based competitor that can post speeds and service quality comparable to what they're doing with the current HFC.

"As much as some of the [cable] CEOs have said that they can function and succeed in high churn environments. I think that remains to be seen. I think T-Mobile and Verizon and others who are offering a comparable service are betting that they'll be able to pull some of those subscribers away."

On the cable front, Entner expects Cox Communications to launch its own MVNO service once it settles its lawsuit with T-Mobile. Heynen said both Charter Communications and Comcast would scale up their DAA deployments, but DOCSIS 4.0 is currently hamstrung by a lack of silicon for Broadcom's chips.

While DAA is limited to vendor offerings from the likes of Vecima Networks and CommScope, Heynen said cable operators will still move towards DAA in their DOCSIS 3.1 networks by using remote PHY and remote MAC PHY.

"They're not just going to wait for DOCSIS 4.0," he said. "They have some congestion issues as well as signal-to-noise ratio issues that DAA helps to solve and they'll move forward with that even in the DOCSIS 3.1 environment."

Heynen also expects cable operators, such as Charter and Comcast, to deploy CBRS spectrum on their small cells in support of their own wireless networks and backhaul this year as well "as capabilities and definitions around low-latency DOCSIS."

Fiber builds will compete with cable

According to a report on 2022 telco trends by Omdia's Kristin Paulin, principal analyst for service provider markets  Americas, fiber deployments by service providers are getting a boost in funding from government sources. In addition, Verizon and AT&T announced last year that they were increasing their rollouts of fiber in order to support their 5G and broadband services.

"Cable now has multi-gig rolling out. We are also having high splits and node-split fiber, and DOCSIS 4.0 coming from cable operators. The battle is a lot more even now, but we haven't seen the performance yet in the field and how customers will respond to them," Entner said.

Dell'Oro's Heynen said despite the ongoing broadband investments through the various government initiatives, cable operators need to gird themselves for a bigger broadband battle for subs in 2022.

"I think it's foolish of cable operator executives to be dismissive of the competitive threat that's coming from both fixed wireless and from new fiber entrants, as well as the increased investments in fiber rollouts from the Tier 1 players," he said