Mobile World Congress, the telecom industry's annual knees-up in Barcelona, is normally a place where thousands of middle-aged men in suits pontificate about the latest generation of mobile technology. But this year's show, postponed until next week from its standard slot in February, will be quite different.

Cleaned out of many usual sponsors by the coronavirus pandemic, it will be lucky to attract 30,000 visitors  the organizer's most pessimistic estimate  rather than the 100,000-plus it typically hosts. And one of the biggest exhibition stands will be dedicated to the cloud.

Anyone still expecting to pay homage to Ericsson at its massive Hall 2 booth will be in for a shock. The Swedish vendor withdrew in March and its space was subsequently requisitioned by a one-woman consulting firm called Telco DR. On the hallowed ground vacated by Ericsson, Danielle Royston, the DR of her company's name, has been erecting a temple to the cloud. It has already made her perhaps the biggest story in the run-up to the show. "A hundred days ago, no one knew who I was," Royston tells Light Reading. "Now people know about Telco DR."

Even if that is all she achieves, the effort and expense (she paid "millions" for the booth, she has said) may be worth it. Royston formerly ran Optiva, a small, publicly listed telecom software company, quitting in May last year after the board refused to meet her demands for compensation. Since then, she has emerged as a cheerleader for the public cloud, and one with seemingly deep-pocketed private-equity backers (whose identity remains a secret).

As her profile has risen, she has already made a $100 million investment in Totogi, another telecom software developer, and said a funding pot of up to $1 billion is available for investment in cloud software companies. "The way I think of myself is that I am the Elon Musk of telecom," she smiles. "Elon is focused on getting us to Mars and I am focused on getting telco to the public cloud."

Cloud City, as the former Ericsson booth is now called, certainly looks impressive in stills and Twitter footage. Totogi will obviously have a presence but so will other firms muscling into the space where telecom meets the cloud. Royston name checks Mavenir, a US company whose network software can sit in the public cloud, and Allot, a security vendor. Besides dangling the possibility of multi-million-dollar investment, Royston is footing the bill at an impossible-to-miss booth. Having a presence at Cloud City sounds like a no brainer for any cloud companies making the trip.

The #CloudCity building is up! Ready to welcome #MWC21 vendors and attendees in a week!

100 days ago we took on the impossible task of taking on the Ericsson booth. And here we are and it looks AMAZING.

Public cloud is coming to telco and the Cloud City Army is raring to go! pic.twitter.com/aShk91sOOs

The doubt is that many attendees will bother. In a repeat of what happened last year, when the show was eventually cancelled, numerous exhibitors have quit since Ericsson's withdrawal. The GSM Association, which organizes it, is pressing ahead, but government travel restrictions and lingering concern about the virus could make the huge venue look eerily quiet. The only question is whether it will still have a pulse or resemble the aftermath of a zombie apocalypse.

Conscious of that risk, Royston plans three tracks for Cloud City: the future of the subscriber experience, a likely showcase for Totogi; the new network, which promises discussion about the open RAN concept (Mavenir will undoubtedly sit here); and the future of work  a look at telecom opportunities that have arisen during the pandemic as people have been forced to work, study and entertain themselves at home.

Still in stealth mode, Totogi is developing charging software hosted in the public cloud, and specifically AWS. But Royston prefers to think of it as an "engagement engine" that could draw on network data and AWS capabilities to provide more tailormade offers to subscribers. Her vision is to make it a "planetary-level charger," one used by telcos everywhere, much as AWS is already a platform for organizations worldwide.

This, of course, generates all sorts of questions about heavy reliance on specific Internet systems. If there is a fault with on-premises software, only a single organization suffers. A cloud outage could potentially affect dozens of telecom operators and millions of end customers. The world caught a glimpse of the danger earlier this month when a content distribution network called Fastly went temporarily offline, taking numerous high-profile websites with it (including the UK government's).

A self-proclaimed "public cloud evangelist," Royston acknowledges there are risks but says the benefits are too great to be ignored. "When services go down and there are customers on the service, they are all impacted, whereas on-premises just affects that company's customers, and that is one of the downsides of the cloud," she says. "But the upsides are that 99.999% off the time it is working, it is cheaper, your speed to market is better, the experience you can offer customers is better. So yes, there is risk, but the good outweighs the bad."

Royston also believes software companies need to commit to one public cloud to be genuinely "cloud-native" and realize the full benefits. Totogi has bound itself irrevocably to AWS, she admits, and would not work on Google Cloud, Microsoft Azure or in a private cloud environment. She vehemently disagrees that software can be cloud-native and "cloud-agnostic" at the same time, a pitch some companies have made. "I think those are mutually exclusive statements."

She even advocates extreme dependency on a particular cloud, warning companies that any resistance or half-heartedness could threaten a long-term loss of competitiveness. "People have been designing their apps like that boyfriend who won't even leave a toothbrush at your house," she says. "I say leave a toothbrush. When you build and integrate and deploy, yes, it is scary because yes, they can change it and that service could go down. But you get the benefit."

The recent deal between AWS and Dish Network, a US satellite firm building a fourth mobile network with open RAN technology, is one she lauds enthusiastically. By entrusting AWS with just about everything it possibly can, Dish will be able to tap into all manner of AWS innovations, says Royston, including the Arm-based Graviton2 processors that AWS uses in its data centers. "That is a 40% price improvement over Intel chips. It is literally a keystroke to get a boost and be using the latest chips. That is really hard to compete with."

Livin' on a prayer?

While a coronavirus-struck MWC has been fortuitous for Royston, it is still unclear that Royston has been good for MWC. Detractors say the publicity she has been able to generate, including a few gushing statements by the GSMA, proves how weak the MWC field is this year and how desperate its organizers have grown. Others seem to regard her cloud makeover of the Ericsson booth as heresy, as if a church had been disrespectfully converted into a nightclub.

The GSMA will not care if Royston can draw some crowds and help to resuscitate its ailing physical show. If visitors are not convinced by the cloud, they could always drop in for legendary 1980s rocker Jon Bon Jovi, scheduled to perform in Cloud City on June 29. And if Royston can pull off a miracle and become the Elon Musk of telecom, the GSMA might not even want Ericsson back. 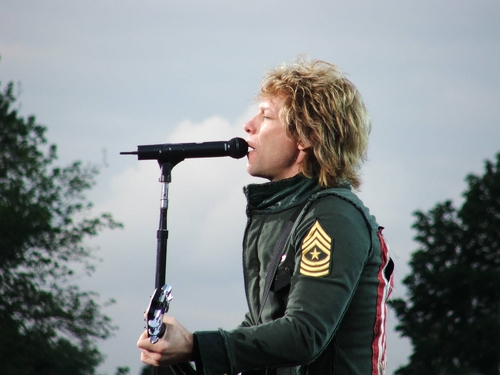