Few firms have owned a market quite like Intel. As recently as 2017, the US silicon giant still monopolized the supply of central processing units (CPUs) for servers, leaving mere scraps for its rivals. Four years and a pandemic later, its crown has slipped badly. Intel remains the dominant provider, but its kingdom is under assault on all sides. Parts of it have already been overrun.

New research from Omdia, a sister company to Light Reading, shows that Intel's market share has fallen from an outrageous 98% in 2017 to 77% this year, a drop of 21 percentage points that represents billions of dollars in lost sales. And the rate of decline has been accelerating, according to Manoj Sukumaran, a principal analyst with Omdia responsible for the latest research. 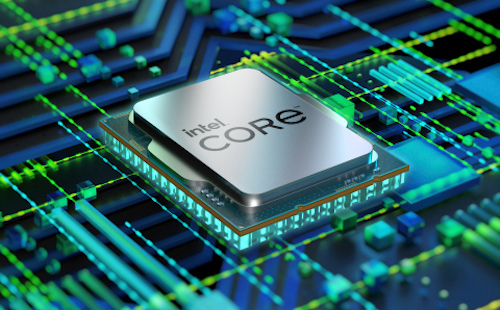 AMD has been the main threat so far. Having spent many years in Intel's shadow, the fabless neighboring firm has more recently been on the offensive, its share price soaring from just $10.37 at the start of 2017 to more than $138 today. For the first nine months of this year, its revenues were up 78%, to about $11.6 billion, while its net profit more than trebled, to nearly $2.2 billion. Data center sales more than doubled for the recent third quarter, compared with the year-earlier period.

Although a prominent licensee of Intel's x86 designs  and one that has complained bitterly about Intel's control of the architecture  AMD is widely perceived to have caught up on performance measures, and perhaps even surpassed Intel in some areas. Demand for its products from hyperscale firms appears to be rising.

"AMD's wins are a reflection of their x86 market-leading core density and cache memory per socket," said Sukumaran in a press release about Omdia's research. "We don't play vendor favorites or pick winners and losers in the market but it's important to note that AMD's announced CPU line-up including a new cloud-optimized CPU variant, called Bergamo, with up to 128 cores, will likely be very compelling to cloud service providers."

A helping hand for Arm

From the opposite direction, Intel is also coming under pressure from chip customers of UK-based Arm, whose architecture represents the main alternative to x86. Arm features in most of today's smartphones and enjoys a reputation for energy efficiency that x86 lacks. Using the blueprints that Arm provides, chip designers such as Marvell, Nvidia and Qualcomm can design more specialized silicon for a particular purpose.

While its share of the data center market remains small, it is growing fast, according to Omdia's latest figures. "About 5% of all servers shipped in 3Q21 had Arm CPUs, and it was in just 2.5% of servers at the end of 2020," says Sukumaran.

What explains the current momentum? For one thing, some of the hyperscale firms have now branched into Arm-based silicon development. "You're seeing a lot more hyperscale companies trying to build their own specialized silicon, optimized silicon, for certain workloads," said John Pitzer, an analyst with Credit Suisse, in discussion with Intel CEO Pat Gelsinger during a recent Credit Suisse technology conference. AWS, with its Graviton2 processors, is the standout example, notes Sukumaran.

US sanctions against Huawei, a Chinese vendor of network equipment, may also have inadvertently given Arm a hand at Intel's expense. Prevented from buying US components, Huawei has turned from x86 to an Arm-based CPU branded Kunpeng for its own cloud business. "They sold off their x86 business in October because of US sanctions and are now fully focusing on Arm servers," says Sukumaran.

Intel can afford not to be too downbeat, partly because the overall market is still growing, according to Gelsinger. "The data center market is estimated over the five-year period to be a 10% to 15% grower," he said during the Credit Suisse conference last month. Intel's recent numbers offer some encouragement. Despite a loss of market share, Intel's data center revenues rose a tenth for the recent third quarter, to about $6.5 billion, although they declined 7.5% for the first nine months of 2020, to $18.5 billion.

Gelsinger has bristled at the suggestion AMD is ahead technologically. "I haven't lost share to AMD, I've given share to AMD, because they didn't have capacity, right," he said at the Credit Suisse conference. The artificial intelligence within Sapphire Rapids, the codename for a forthcoming Intel processor, is far more sophisticated than anything from AMD, he claimed. "It is dramatic, it's hundreds of percent better than AMD's alternative at this point."

Nevertheless, many of the strategic moves Gelsinger has made since becoming Intel's boss at the start of this year are clearly intended to counter the view Intel is lagging. They include a pledge to invest between $25 billion and $28 billion in capital expenditure next year, up from just $14.3 billion for 2020.

The big decision to set up a foundry  a radical departure from Intel's modus operandi so far  is also a clear response to the new competitive dynamics and changing appearance of the data center market. That foundry will make chips based on not only x86 but also Arm and RISC-V, an open source alternative. "We've opened up x86, something we've never done before," said Gelsinger. "We said, hey, we're no longer religious about this."

Investors may take some convincing. Since April, Intel's share price has lost a quarter of its value. One concern of market observers is that today's components shortage could fast turn into a glut as fabs ramp up capacity, leaving Intel or others with expensively produced chips they cannot sell.

Whatever happens to supply and demand, Gelsinger himself has acknowledged that perceptions about Intel will not change overnight. "It's going to be a couple of years until we're back to unquestioned leadership in the data center."