Google wants to take your mobile network off your hands, telcos

Dave Mayo had probably not woken up beneath bloodstained sheets and a horse's head on October 7 when he called Ericsson and Nokia the "Scandinavian mafia" at a conference in Orlando. The colorful reference by the Dish Network executive was presumably about the vice-like grip the two Nordic vendors (come on, Dave  Nokia's home of Finland isn't even Scandinavia) supposedly have on their customers. But the Godfather figure to his own firm would be AWS, which, back in April, made Dish an offer it couldn't refuse.

AWS, like Marlon Brando with his slicked-back hair and sagging cheeks, will take care of everything  everything it possibly can, that is. In the most comprehensive public cloud deal the telecom industry has witnessed, Dish is to let AWS look after all its IT workloads and network functions. The hyperscaler is not only providing software and infrastructure for America's fourth mobile operator but even stumping up some hardware. As deals with suppliers go, Ericsson and Nokia have never looked as critical as AWS does to Dish. 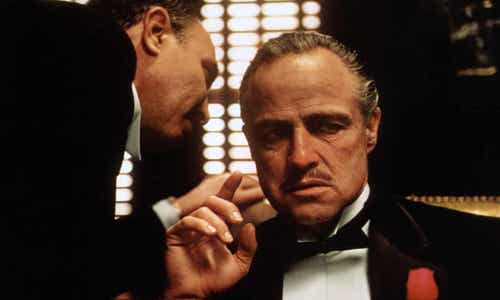 Is Google making telcos an offer they can't refuse?

But AWS is not the only hyperscaler trying to corner telecom. Microsoft Azure arguably has a more comprehensive line-up of services, having even bought Affirmed Networks and Metaswitch, two 5G software developers, last year. The US tech giants have been in a turf war for telecom business of one kind or another. And Google Cloud, the third combatant, is suddenly looking more dangerous.

Unveiled today, its latest offers include a distributed cloud service that allows telecom operators to run their 5G core and radio access network (RAN) functions on Google systems in a variety of locations. These could include a telco's own facilities, premises owned by customers or Google's network of about 140 centers. One unifying theme is that hosting functions in a multitude of places  and not just a couple of big data centers  would shorten the distance that data signals must travel and cut service-interfering latency, a measure of the journey time. Functions can also be co-hosted with enterprise applications, says Google.

It is not the sort of thing an operator could do with a bog-standard Ericsson or Nokia deployment, where the hardware and software are as stubbornly entwined as phone-charger leads stored in the same box. A prerequisite, then, is virtualization, allowing network software to sit on the common, off-the-shelf servers that Google knows well. After virtualizing, operators could theoretically plunge into the public cloud.

Operators might do this if they believe a deal with Google costs less than operating a private cloud, or if it promises other benefits. But it means giving the hyperscaler a big say over technology strategy and would have been inconceivable just a few years ago, when the valuation gap between telecom players and Internet firms was not so extreme and telcos were much warier of tie-ups.

For a start, it would obviously hand prominent roles to Anthos, Google's application management platform, and Kubernetes, a container orchestration platform that Google originally designed. Even when Google's facilities are not being used, it will effectively manage the hardware and software. "This portfolio allows customers to focus on applications and business initiatives rather than management of their underlying infrastructure," said Sachin Gupta, Google Cloud's general manager of infrastructure, on a call with reporters. "In other words, they can just leave the complexity to us."

Hardware management means that anything used must be certified by Google. It comes, then, with a line-up of partners including Cisco, Dell and HPE. Also namechecked in Google's announcement are chipmakers Intel and Nvidia. In place of Ericsson or Nokia as systems integrators  choosing semiconductor partners and ensuring other technologies are compatible with their chips  is Google.

Curiously, there was no mention of software partners in Google's announcement, but any RAN software would have to work with the underlying hardware. Who takes responsibility? Google had not responded to that question at the time of publication, but it is not one that operators can so easily ignore. Ericsson will launch virtual RAN software next year that is designed to work on Intel chips and not Nvidia ones, for instance.

A new form of lock-in

What's entirely unclear is why operators should worry less about dependency on Google than they currently do about their heavy reliance on Ericsson, Huawei and Nokia. Switching from one RAN vendor to another is costly but feasible, as swap-outs of Huawei in Europe are showing. Moving from one public cloud to another may be as tricky as quitting a crime syndicate. In 2019, Snapchat developer Snap warned in a regulatory filing that moving systems between public clouds would be "difficult to implement" and demand "significant time and expense."

If this and other hyperscaler offers take off, the real losers would probably not be Ericsson and Nokia  which can still sell radio units and provide RAN software  but the vendors of private cloud software, such as VMware and Red Hat (owned by IBM). More generally, the public cloud could also be a threat to some of Google's own hardware partners. "The server vendors (Dell, HPE etc) also lose out," says James Crawshaw, a principal analyst with Omdia (a sister company to Light Reading, in an email. "Although they are going to be building and shipping the Google boxes, I suspect the margins on these will be lower than the regular servers they sell enterprises."

Few telcos have been as brave/reckless (delete according to bias) as Dish and gone all-in with a public cloud. That is partly because brownfield operators would be writing off the servers they already own. Nevertheless, Crawshaw expects public cloud usage to keep rising. "Servers are depreciated over three to seven years depending on the business and how fresh they like their IT," he says. "So while the telcos will continue to run their own clouds, they will increase their public cloud usage over time and only partially renew their private estate."

AT&T, Bell Canada, Telus, Telenet, TIM, Reliance Jio and Orange are all on the growing list of operators that have put some IT workloads on Google Cloud. "Some of these are running packet core and RAN applications as well," says Gupta. But not all of them sound as eager as Dish to be wholly reliant on one cloud.

"Some years ago, everyone was saying we would have vendor lock-in with Ericsson, Huawei and Nokia and no one mentioned Oracle and Cisco and now the light is on hyperscalers," said Yves Bellego, Orange's director of network strategy, during a recent interview with Light Reading. "In fact, that risk is something we have always been very concerned about." Otherwise, it may be a case of replacing the Scandinavian mafia with the North American yakuza.