Telecom executives famously struggle with change, especially of the cultural variety. So when the TM Forum (TMF) revealed in 2019 that its big annual show would shift from Nice to Copenhagen, there was unease. Thematically, many regular attendees needn't have worried. Delayed a couple of years by lockdowns, the inaugural Danish version of Digital Transformation World (DTW) proved there has not been all that much transformation during the intervening period  at least, not in the important ways.

"We talk about it for many years, I think more than a decade, being fast and agile and flexible and whatever," said Sparkle boss Elisabetta Romano, an island of red-haired womanhood in a sea of grey men, during a presentation on day one. "We are probably tired to hear it, tired to say it, but it is really time to deliver something now. Even with APIs, we are talking for so many years, but if you ask to deliver 10-gigabit connectivity to a customer with certain latencies on the fly, I am not able to do it."

Not everyone was so downbeat. Several executives who spoke with Light Reading insist telcos are now making progress on back-office transformation, partly because they have shelved the big-bang theory. "My experience is that in classical IT, transformation was trying to predict what the business would need in three to five years' time, and it was almost impossible to solve," said Mats Karlsson, the head of Ericsson's BSS division. "Lots of times now I meet the IT and business organizations and they want to try it out in steps and see if it solves the business need." 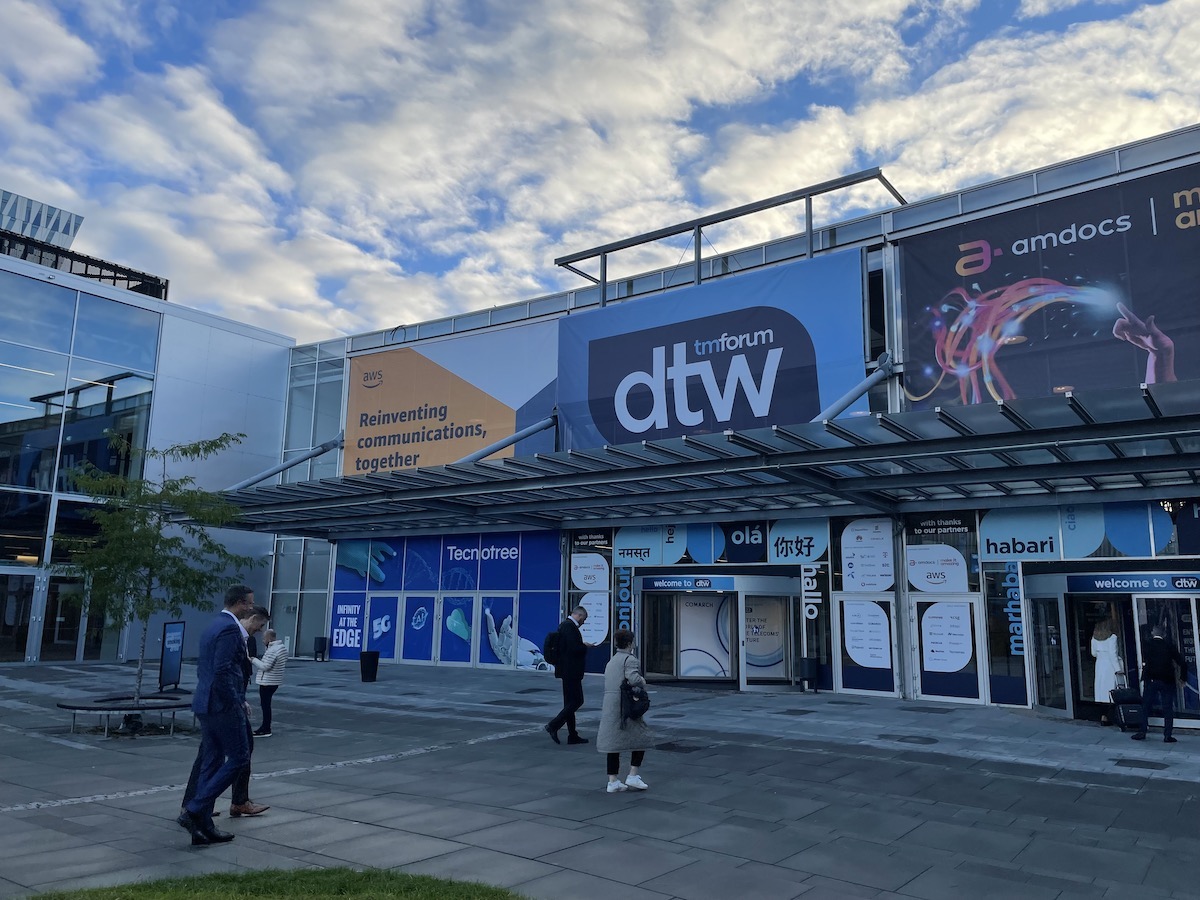 There is optimism about the usefulness of the TM Forum's open APIs initiative, too. Despite lingering concern these APIs would be too generic to help much with interoperability, many vendors and service providers profess otherwise. "All vendors are either compliant or committed," said Manoranjan Mohiva, the CEO of India's Comviva. Karlsson says most requests for proposal he now receives demand TMF compliance.

Yet there is no disputing that the industry's fortunes are sharply at odds with those of the Internet sector. In the last five years, companies still disparagingly referred to as "over-the-top" players have seen a five-fold increase in revenues, while US telcos have gone nowhere and the European lot have dropped 7%, according to Romano. Internet companies are worth 385% more than at the start of this period, she said. Europe's telcos have slumped 40%. With the capital-intensive nature of the industry, there is "not too much money left for innovation and new blood and a competence shift."

Too often, telcos put technical considerations ahead of customer ones, according to Angus Ward, the CEO of Beyond Now, a software company. He is critical of Rakuten, typically the center of attention at trade shows (and DTW was no different), as a company obsessed with technology. (Rakuten, with its array of e-commerce interests, might have something to say about that.) Canada's Telus, one of Ward's big customers, is attempting the opposite approach. "We are trying to start with the customer, but it is not an easy shift for CSPs," said Jodi Baxter, the operator's director of IoT products and services.

Then there was the public cloud. Like them or loathe them, AWS, Google Cloud and Microsoft Azure have mushroomed across the skies of telecom since the days of Nice, enveloping whatever lies in their path, and the cloud seemed to be ubiquitous in Copenhagen. Even the beer  when it was not the standard Carlsberg or Tuborg garbage  was suitably cloudy.

But with rapid growth comes regulatory concern and pushback. Just this week, the UK's Ofcom began investigating the overall position of the three US giants in the country's £15 billion ($16.7 billion) cloud services market. Noting that AWS, Google and Microsoft collectively have an 81% share, it warned of "further action" if "competition concerns are identified." Telcos, meanwhile, are warier of single-cloud deals than ever before.

Nor should they "underestimate the level of lock-in that comes with the public cloud," said Roz Roseboro, a principal analyst with Omdia, in a detailed paper that highlights some of the risks. "The same services that make deploying and managing applications more streamlined and cost-efficient can also render you dependent on those services, which means it would be difficult and costly to make a change," she wrote.

Does AWS see resistance among operators to putting their network resources in the public cloud? "I see progress, I see resistance, I see obstacles, but I do see acceleration," said Adolfo Hernandez, the vice president of the company's global telco business unit, when asked that question on stage at DTW. "There was a study by Gartner recently saying they expect the amount of Tier 1 CSPs experimenting with the cloud to go up from 10% to 50% in a couple of years. It does feel like that."

The paradox is hearing telcos grumble about the might of the Internet giants, demanding the likes of Google cough up money for network rollout, even as operators transform themselves into public cloud tenants. In a world that depends on connectivity, there is surely no greater systemic risk than allowing three giant corporations, all headquartered in the same country, to look after the planet's IT systems and network resources.

Not, that is, if a tenant uses a single cloud for specific systems and cannot easily port them. For some operators, "multicloud," a new buzzword for the industry, seems to mean using one cloud for one geographical area or IT category and a different provider somewhere else. That hardly sounds like redundancy.

Nephio, a Linux Foundation initiative, might help foster a genuine multicloud setup, but only Google currently seems to back it. "We are looking at it," said Rick Lievano, the chief technology officer of Microsoft's telco business. "Is there room for another ONAP-style framework that is theoretical?" he added, referring to another Linux Foundation initiative that did not live up to its promise.

Of course, tradeshows are about the venue as much as the topics, and Copenhagen's Bella Center is a vast improvement on the rotting carcass of Nice's Acropolis, a building as dilapidated and unfit for the "digital" age as its name suggests. This year's event was slickly organized and well run. Thanks to sprinting inflation in other countries, Copenhagen was not as outrageously expensive as some had feared, either (or rather it was, but so is everywhere else). The TM Forum probably deserves to be applauded on a choice about which this publication was initially skeptical.

Copenhagen certainly has a different vibe from Nice, too. On a meandering stroll to the meatpacking district, Light Reading and sister site Telecoms.com witnessed a naked, wet Dane frolicking next to his semi-clothed friends on the banks of the Nyhavn without provoking so much as a murmur, blush or giggle from passing natives. You never saw such casual nudism in Nice.

The eSIM consumer pulse 2022 report
eSIM is a critical digital transformation journey for Mobile Network Operators but they cant do it alone
L.E.A.D.E.R eSIM Adoption Opportunities & Benchmarking
Solving the complicated integration challenges of a digital transformation
How do your business processes stack up against the competition?
More Blogs from Morris Lore
The 6G mess is getting out of hand