Deutsche Telekom is locked into the public cloud

AMSTERDAM – Network X – The skies above Amsterdam were duck-egg blue and largely cloudless, but the same description could not be applied to Deutsche Telekom, well represented in the Dutch capital at the Network X event this week. Preferring a magenta hue for its brand, Europe's largest communications service provider is covered in clouds, a technology dissection would show. Including its own private bits, more than 100 are currently in use, said Nathan Rader, Deutsche Telekom's vice president of cloudified production.

This "multicloud" strategy, as the industry jargon would have it, means the German operator can tap into a vast expanse of innovation. But much of it comes increasingly from AWS, Google Cloud and Microsoft Azure, the three giants of the public cloud. Deutsche Telekom has various IT-related projects active with AWS and Microsoft and has commenced pilots with Google on the network cloud and data analytics.

It prompts concern about "lock-in," the unwelcome state of being unable to escape the clutches of a particular supplier. High-profile customers of the "hyperscalers" have complained in public filings that moving IT workloads from one cloud to another would be technically difficult and expensive. No multicloud strategy per se will address this. And the more a company makes use of a cloud provider's own unique services, the harder it is to switch, say experts. 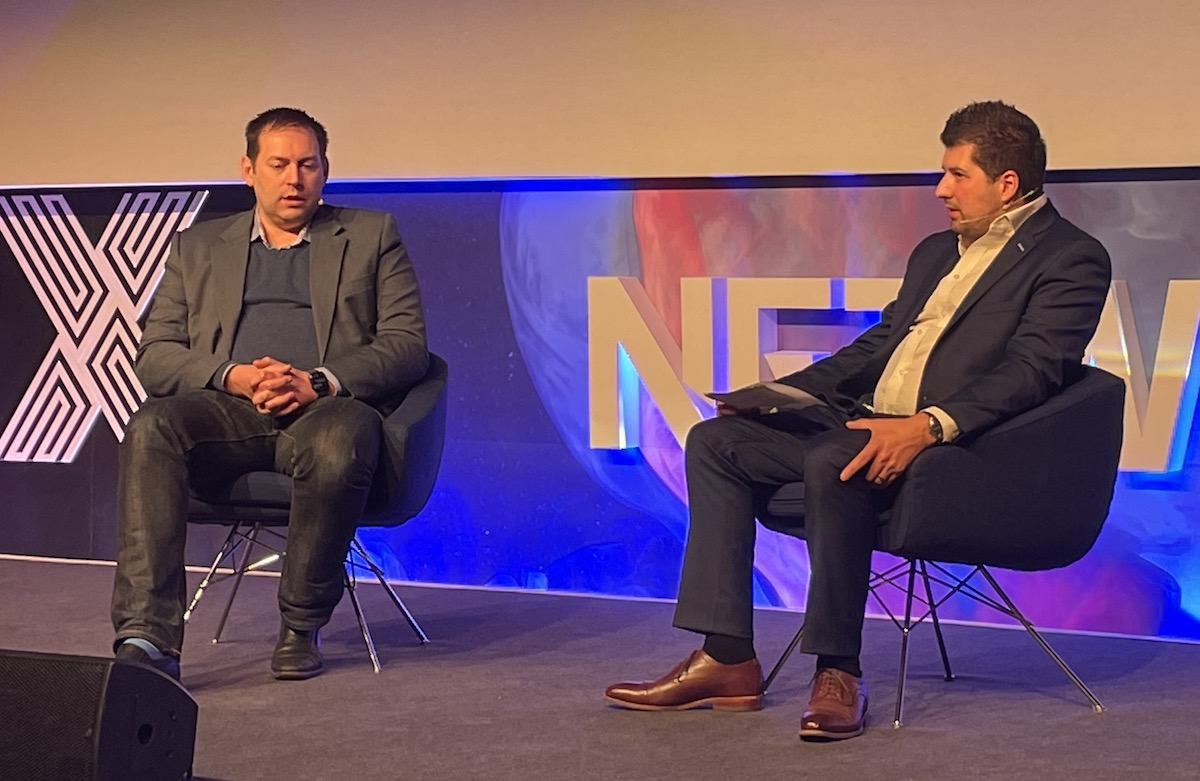 Despite stringent German regulations to do with privacy and security, Deutsche Telekom already appears to be locked in. To comply with the rules, it is not running workloads inside data centers owned by public cloud providers. Instead, it is using what Rader – who was speaking on stage at Network X – describes as an "on-premises version of the hyperscaler cloud." But even though it owns the premises that host servers, it is still reliant on that hyperscaler's technology. "They are shipping hardware and we are building on top of it," said Rader.

He admits Deutsche Telekom "may be locked in," but downplays the risks. "I think there is enough of an incentive to take some of our workloads and move them to the other clouds," said Rader, noting that Deutsche Telekom's size makes it an attractive customer target for hyperscalers. "There is enough hyperscaler help out there for us to move and migrate workloads when the time comes."

Yet Rader concedes there is also some degree of "verticalization" as particular workloads are assigned to specific clouds. Today, the decision of which cloud to use is based on technology rather than cost considerations, with Deutsche Telekom treating each hyperscaler as a separate business unit to keep track of them. That way, Rader explained, it can prevent any mismatch and ensure data is not being transferred back and forth unnecessarily.

Where telco ends and the cloud begins

Another big challenge sounds largely cultural. Deutsche Telekom's traditional vendors tend to focus on one key piece of the telco puzzle. The hyperscalers "are getting their fingers everywhere," in Rader's words. "How do we deal with that? At the time, we do have upskilling people and processes challenges that we have to think about when we start working with these types of players."

Unfortunately, there is no denying the encroachment of hyperscalers into the telco sphere of customer-facing activities. T-Systems, Deutsche Telekom's IT business, offers its own cloud service to customers, one based on technology supplied by China's Huawei. Increasingly, though, it has sought an accommodation with AWS, Google and Microsoft, functioning as a conduit to those clouds that brings additional security and data sovereignty guarantees.

In the meantime, data from Synergy Research Group shows the market share of European cloud providers (including Deutsche Telekom) has fallen dramatically in the region. Between the first quarter of 2017 and the second quarter of this year, it collectively dropped from 27% to 13% as the hyperscalers built share.

Elsewhere, they are "dabbling at the edges" of the telco business, said Rader, exploring opportunities in private 5G and edge computing. "I don't see them getting into our core telco business," he said. "They very much want to support us with infrastructure, but there is very little indication of them saying let's buy Deutsche Telekom and become an operator."

Buying Deutsche Telekom is probably not what AWS, Google or Microsoft currently have in mind. But there is uncertainty about the ultimate ambitions of Internet companies in the telecom sector. "They run from regulation as fast as they can," insisted Rader in explaining why a hyperscaler would be uncomfortable in highly regulated telecom markets. The question is how much exposure to regulation it would face in a world of disaggregated networks, where infrastructure has been spun off and shared and the services riding on that infrastructure are provided by numerous other firms.

Right now, Deutsche Telekom has no plans to let hyperscalers host its network functions in their own facilities. It believes there is no economic case for that and even doubts if putting IT workloads there would be more efficient for an organization of its size. The rationale for dealing with hyperscalers seems largely about innovation. No telco, for instance, could possibly expect to out-muscle Google on artificial intelligence, machine learning or data analytics.

Deutsche Telekom evidently hopes tie-ups might even give rise to new services or technologies. "We do see that as a key differentiator in the partnerships we've established," said Rader. "How we can work and think like a hyperscaler and bring the value they have into our company." Let the hyperscaler advance continue.