A year ago, Intel's CEO Pat Gelsinger said the chip shortage wouldn't be over until 2023.

"We expect the industry will continue to see challenges until at least 2024 in areas like foundry capacity and tool availability," he told a conference call yesterday.

Adding to the supply crunch is the fact that TSMC is gobbling up chipmaking equipment, making tools hard to come by, Gelsinger said.

The forecast about 2024 came amid the gloomiest earnings beat you'd ever seen.

Yes, the Santa Clara chip giant brought in $18.35 billion in revenue in the first quarter, a nose ahead of analysts' predicted $18.31 billion. 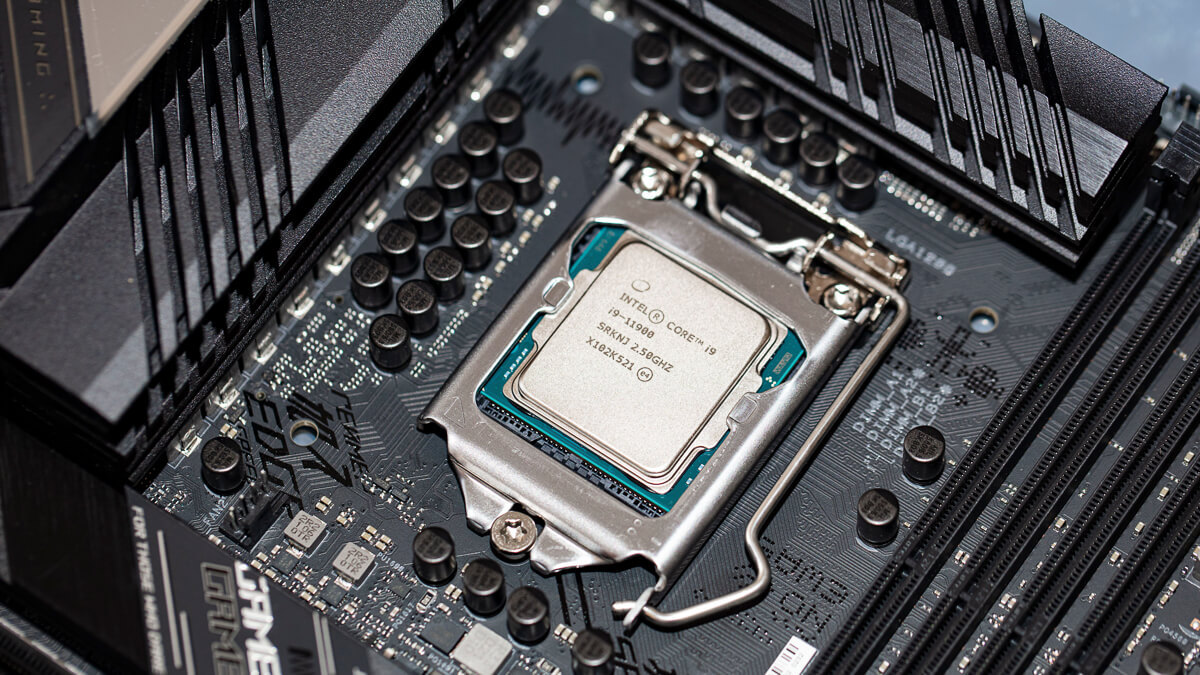 But the champagne wasn't quite out exactly, since this was down 7% on a year before. The company's gross margins shrank meanwhile to 50.4% from 55.2%.

But the company's new finance chief, David Zinsner, predicted these will start growing later in 2022 after PC makers burn through inventory they piled up during the pandemic.

All this comes after a busy quarter when Intel announced it's buying Tower Semiconductor and building new chip factories in Germany and Ohio.

Gelsinger, who has been in his post for a year now, calls Intel on his watch "the greatest turnaround story in history." But it's a turnabout from the disastrous summer of 2020 which saw nearly everything go wrong.

Within a mere few weeks the company was pushing back its 7nm node from 2021 to 2023, losing a world-class chip designer and head of its 10,000-person semiconductor engineering team in Jim Keller, and then getting dumped by one of its key customers, Apple.

Cupertino's CEO Tim Cook heaped a bitter break-up note on the fire, publicly blaming a dip in Mac sales on supply issues with processors on Apple's side.

By contrast, this now looks like an Intel which has reclaimed a sense of strategy and purpose.

Happily for Intel, the Senate and House have begun reconciling differences between their bills to fund the CHIPS Act work. The semiconductor industry's @SIAAmerica is pleased. https://t.co/lm3Zmr5MGF /13

Gelsinger's "IDM 2.0" strategy involves outsourcing chips to more external foundries like TSMC and GlobalFoundries, and also making more chips for other companies via its new Intel Foundry Services. A $20 billion investment into two new fabs in Arizona is meant to bolster its wares on the second front.

It's a strategy that's meant to fix two problems: Intel's production techniques have lagged behind sector leaders like TSMC, while it also must try and keep pace with a demand for chips that's running at an all-time high.

So with Intel investing in its European chipmaking network and developing what could be the world's largest semiconductor manufacturing site in Ohio, Gelsinger is willing to spend big now to have a crack at what he called a "$1 trillion market opportunity" in a few years' time.

It's all pretty transparently cocking aim at more US government funding, as the US CHIPS Act rumbles through Capitol Hill.

Intel inside a bit less

Global PC sales were down by 6.8% in the first quarter, after two years of searing growth, according to research firm Gartner. Leading this drop was a collapse in demand for budget Chromebooks, which flew off the shelves during lockdown.

On Intel's side, PC chip sales declined, as consumers and students bought fewer computers, and with Apple shifting to making its own M1 Pro chips instead.

The Client Computing Group, which includes Intel's PC chipmaking, saw its revenues drop 13% to $9.29 billion, lower than analysts' predicted $9.42 billion. This segment is an important one, responsible for more than half of Intel's revenue.

But on the other side, data centers and enterprise customers picked up, with revenue from Intel's Datacenter and AI segment jumping 22% to $6 billion. This is a smaller business than PC chipmaking, but a higher-margin one.

The return of COVID-19 lockdowns in Shanghai "does moderate our outlook a little bit on Q2," says Gelsinger, down to $18 billion in revenue for the quarter versus analysts' prediction of $18.4 billion.

But it should all come out in the wash by the end of the year with growth rebounding in later quarters, says Intel's upbeat chipmaker-in-chief.