The tiny chips that store data in Apple's gadgets normally come from the likes of South Korea's Samsung and Japan's Kioxia. But the memory or NAND chips that help power the forthcoming iPhone 14 may have a more controversial supplier. Apple is currently evaluating products made by Yangtze Memory Technologies Co. (YMTC), a Chinese state-owned business with ties to the military, according to a Credit Suisse report obtained by Light Reading. To critics, YMTC's presence in the best-selling smartphone would look about as welcome as a Gazprom pipeline through Germany does to opponents of Russia.

For similar reasons, too. Having suckled at the teat of Russian gas for years, governments are suddenly desperate to find alternative energy supplies following Vladimir Putin's invasion of Ukraine. But there was already unease about reliance on Chinese technology. A backlash against Huawei, a Chinese vendor of 5G networks, came after it had muscled aside international rivals and turned Western clients into near dependents. With effective control over their networks, China would be able to cripple technology infrastructure, warned critics. 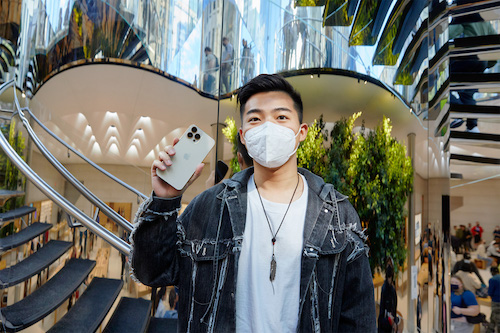 YMTC has been under scrutiny for years. In a December 2020 written by James Mulvenon, a China expert at SOS International, it was identified as a rising Chinese power in memory chips, propelled  like Huawei  by a massive program of state subsidies. With the support of China's government, YMTC did not have to worry about profitability and could expand capacity beyond supply demands, said Mulvenon at the time. The risk, he noted, was that non-Chinese vendors might collapse, leaving Western companies more reliant on YMTC.

YMTC's state owners include companies like Tsinghua Unigroup that cater to the Chinese military, according to Mulvenon. His report also says that senior YMTC executives and board members have worked for companies or served in government offices tied to China's military modernization program.

Alarm was raised by the White House in its own report on supply chain vulnerabilities last June. YMTC, it said, "is focused on rapid expansion and has received an estimated $24 billion in subsidies from Chinese government sources." The same report went on to argue that YMTC might be able to produce "as many as 200,000 wafers per month by 2022, over twice Intel's current NAND production capacity, representing a potential low-cost threat to US-based memory companies."

US hawks have pushed for the inclusion of YMTC on the Entity List, a trade blacklist of companies barred from doing business with US entities or procuring US-origin technologies. Despite those lobbying efforts, YMTC and other Chinese chipmakers "continue to enjoy access to US markets," said Roslyn Layton of Strand Consult, a Danish advisory company, in a Forbes article published late last year.

A part of the US Commerce Department called the Bureau of Industry and Security (BIS) is responsible for adding names to the Entity List. But it looks compromised in this role by the entanglement of Chinese and US commercial interests. Layton points out that various American semiconductor toolmakers generate "significant revenues" from their sales to YMTC.

California-headquartered Applied Materials, one of the companies she names, has revealed in filings with the US Securities and Exchange Commission that China was its largest geographical market last year, responsible for a third of company revenues, or about $7.5 billion. Lam Research, a rival also based in California, has a similar profile. Its sales to China accounted for 35% of the total last year  about $5.1 billion  up from just 22% in 2019. BIS sanctions would be a disaster for these companies and others.

But in their absence, Apple would face no legal impediment to the use of YMTC chips. In the report they published earlier this month, analysts at Credit Suisse said there was "a possibility that YMTC could start supplying memory for new iPhone models in 2022." Their research has led them to believe YMTC is currently under evaluation and that Apple has been adapting its products accordingly.

"We understand that Apple has been working since 2021 to change the design of the NAND controllers it develops to support YMTC memory products," said the Credit Suisse report. "However, the design of the controller IC [integrated circuit] has been delayed, and while it is not yet clear whether YMTC will be adopted, we expect a decision to be made within the next 1-2 months."

YMTC is reckoned by Credit Suisse to lag rivals on performance and Apple will undoubtedly be aware of the security concerns that surround it. One theory is that the iPhone maker has come under pressure from the Chinese Communist Party to use YMTC for products sold in China. Last year, Apple reported about $68 billion from sales to China and revenues there were up 70%, making it the company's fastest-growing market. Any threat to that business would be taken very seriously.

This is not the first time a connection has been drawn between Apple and YMTC. The two companies were reported by Nikkei to be holding talks in 2018. That article raised concern about YMTC's ability to supply enough high-quality chips to Apple while recognizing that a commercial deal could provide some validation of YMTC's technology.

The Credit Suisse report appeared just a day before Kioxia, one of Apple's existing suppliers, was said to have run into production problems at two of its Japanese plants. Citing market research firm TrendForce, The Verge reported that Kioxia had lost 6.5 exabytes of flash storage due to contamination issues at facilities. TrendForce warned that NAND prices could rise 10% following those problems.

Neither Apple nor YMTC had responded to a request for comment on the Credit Suisse report at the time of publication.