As the cable industry goes, so goes Kyrio, a subsidiary of CableLabs that has largely been known for certification testing for DOCSIS gateways and modems and, increasingly, for Wi-Fi security testing on behalf of cable operators and their suppliers.

The cable industry continues to broaden its use of other types of access technologies, including PON and mobile, that is leading it along a path toward network and service convergence. Kyrio will be expanding its horizons as well. 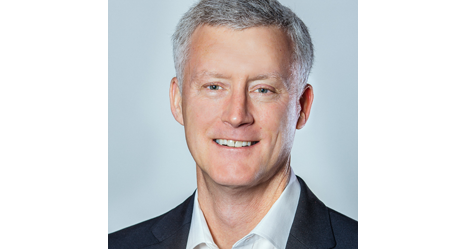 Elliott, an exec late of Level 3 Communications, was named CEO of Kyrio on October 1.

Testing for optical and mobile CPE equipment alongside existing work around DOCSIS and Wi-Fi is an emerging area at Kyrio as operators continue to push deeper into those access technologies, explains Ike Elliott, Kyrio's recently appointed CEO.

Kyrio, a spin-off formed by CableLabs originally as NetworkFX (it was rebranded as Kyrio in 2016), is a subsidiary that seeks business growth opportunities both inside and outside the traditional cable industry.

Kyrio will amplify its efforts around network operators and their suppliers, which are considered the "primary customers" of the company, Elliott explains.

"Both of those programs are now being executed on behalf of Charter and Comcast by Kyrio," Elliott says, calling it a recent "big win" for the CableLabs subsidiary.

Kyrio has also been pushing ahead with a program that tests security for Wi-Fi CPE  including potential vulnerabilities in firmware  on behalf of MSOs and their suppliers.

Kyrio, in tandem with CableLabs's security team, analyzes that firmware and hunts down backdoors and, once they've been identified, helps the supplier close them, Elliott explains. Kyrio also retests and conducts port scans to see if devices have any open ports that need closing.

Kyrio has also been ramping up its software services efforts. While CableLabs and, by extension, Kyrio, has been working in this area for many years with its Go2Broadband lead-generation service, Kyrio is branching into bandwidth- and spectrum-enhancing elements tied to the DOCSIS 3.1 specifications.

Some of that work is focused on Profile Management Application (PMA) software that optimizes the DOCSIS 3.1 network to ensure that the best modulation level is provided to cable modems based on current plant conditions (such as interference and noise levels). PMA eliminates the need to default all modems to the lowest common denominator, even if certain modems in a given service group are capable of supporting higher modulations that effectively deliver more bits per hertz on the network.

"You get 20% to 40% more capacity both downstream and upstream through the use of profile management," Elliott says.

Kyrio has developed software for a PMA service and is working with CableLabs and vendors to help smooth the way for adoption of PMA technology.

Kyrio has also used its expertise in the area of public key infrastructure to reach into some markets that aren't necessarily core to cable. One example is the SunSpec Alliance, where CableLabs has teamed up with partners such as Sectigo (a certificate supplier and manager of roots for digital security) to provide digital security infrastructure for solar panels and related equipment.

Turning to other priorities and focus areas, Elliott says Kyrio will also continue to build and expand upon "community" efforts involving the co-funding of collaborative projects and initiatives for multiple operators and suppliers.

One community example centers on a handful of cable operators that all use the same gateways and want to share the costs of testing them.

"That's something we expect to do more of," particularly in areas such as software development, Elliott says. There's another project underway, still secretive in nature, that involves three operators all sharing the development cost on a particular emerging need, he adds.

Download the new Omdia whitepaper: Service-Oriented NextGen ISP Architectures
NEW Infographic! Get the key service provider findings from our 2H 2020 Threat Report
Whitepaper: Learn how to detect and intelligently orchestrate mitigations for all types of DDoS attacks!
Watch the video: Challenges to Defending Against DDoS Attacks in the Age of Digital Transformation
More Blogs from CxO Spotlight
Growth tops the agenda for Segra's new CEO