Whatever the election outcome, US policy toward China is unlikely to change, or so the experts say.

In the broader sense that may well be the case. But when it comes to telecom policy it is almost guaranteed that the US will not change course. 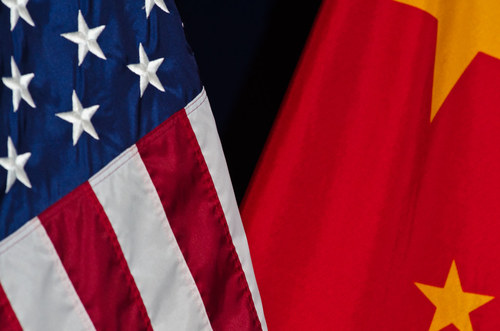 Today's hardline approach has been a long time coming, recognizing that China's telecom policies have long been asymmetric toward foreign service providers and vendors.

This is not a revelation; it is just that only now are foreign governments acting on it.

China was admitted to the WTO in 2001 on a promise to open up telecom services. It would after three years let foreign firms take a 49% stake in MNOs, while the value-added services sector would be wide open to foreign participation.

Neither of those commitments was kept.

In a meeting with a foreign ICT industry lobbyist in Beijing 2007, I pointed to a just-published poll that said China-based foreign businesses believed China had mostly kept its WTO commitments. The lobbyist said foreign telcos would take the exact opposite view.

In the intervening years the US took issue with China's currency practices, dumping, hacking and industrial espionage, among other things. Google even considered a WTO case over China censorship. But for some reason, telecom services never figured.

We know the Trump administration has little interest in market access issues, and its prohibitions on China Mobile and China Telecom are on security grounds.

But in this it is playing the same game as China, which prohibits foreign investment into any kind of public infrastructure, from roads and airports to power stations and telcos.

The network equipment business was one in which China encouraged foreign competitors up until the point it no longer needed them. Now foreign vendors routinely get around 10% of the total value of big China network tenders.

This is usually explained away by the alleged poor quality and high pricing offered by non-Chinese companies. Of course foreign vendors have not had the billions of dollars of government freebies and subsidies that Huawei and ZTE have enjoyed.

The huge, low-cost lines of credit offered by China Development Bank and China Eximbank have been critical in enabling them to cut a swathe through developing Asia, Latin America and Africa.

It's not just the telecom industry that is propped up with public funds. China's commitment to subsidies is a sticking point in the trade negotiations.

But in another sign that suggests the telecom trade war is here to stay, the FCC is teaming with USAID, the Development Finance Corp and the US Ex-Im Bank to provide low-cost loans to help developing countries buy gear from non-Chinese suppliers.

According to the Wall Street Journal, US officials will be arguing that the subsidized Chinese gear is vulnerable to espionage and comes with strings attached.

US officials acknowledge they are outnumbered by Chinese counterparts offering "too-good-to-resist loans."

But there appears little chance of a return to the old status quo where China closed its markets and splashed its cash without consequence.