China's biggest chip fab, SMIC, has been added to the US Commerce Department entity list as the trans-Pacific tech war continues to escalate.

The Commerce Department ruled over the weekend that the possibility of SMIC supplying the Chinese military made it an "unacceptable risk," Reuters reported.

The decision means suppliers of some equipment to the Hong Kong-listed, Shanghai-based company will now have to apply for individual export licenses. 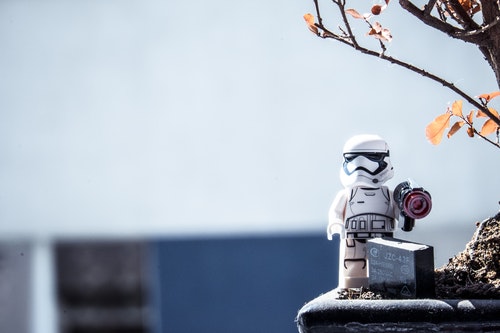 As the trans-Pacific tech war escalates, China is showering cash over its domestic chip sector.
(Source: Ciprian Boiciuc on Unsplash.)

But the new designation is not as severe as being blacklisted, which makes it difficult to get any export license approved, Reuters said.

While SMIC is growing fast, it is still a relatively small chip fab that recorded $1.84 billion revenue in the first half, up 26% on the previous year.

It is one of Huawei's major handset chip suppliers, but only for low-end devices. It doesn't have the ability to make the 7nm chips required for high-end phones. Experts say it is two years or more behind the leading chip fabs such as Taiwan Semiconductor.

SMIC says it has not received any official notice about the new ruling. In a statement issued Monday it said that it manufactures semiconductors solely for civilian purposes and has no relationship with the Chinese military.

SMIC stock on the HKEX closed down 3.88% Monday.

Unfortunately for SMIC and other tech firms, the Chinese government has a different story. It is pursuing what it calls "military-civil fusion," a scheme to bring industry and the armed forces closer together to ensure new technologies can serve national military needs.

Under current leader Xi Jinping this has been elevated to a "national strategy." Whatever SMIC might say, government bosses expect it provide an assist to the PLA.

Chip, chip... boom
Meanwhile, the US export restrictions have sparked a semiconductor mini-boom as China, which imports more than $300 billion in chips each year, seeks to reduce its dependence.

According to 21st Century Business Herald, 7,021 new semiconductor firms had been established this year and more than than 10,000 last year. In the first half of the year at least 140 semiconductor projects were underway in 21 provinces, with total investment of 307 billion yuan ($45.1 billion).

Semiconductor industrial parks are also springing up. No recent figures are available, but in May last year 67 were either built or planned, of which 37 had been started in the previous 12 months.

Governments are opening their wallets. Xi has pledged $1.4 trillion for a raft of new technologies, including 5G and AI as well as semiconductors, over the next five years.

The national government created a 139 billion yuan ($20.4 billion) fund for chip projects in 2014 and topped it up with 204 billion yuan last ($30 billion) year. It is also offering tax holidays, easy access to loans and fast-tracked IPOs, SCMP reported.

But the chip gold rush has some observers recalling earlier enthusiasms, such as the seven strategic emerging industries, including green tech and electrical vehicles. Eight years later China has more than 600 electric vehicle makers, many of them "zombie" companies, SCMP said.

Despite the immense shower of cash, much of this activity is parochial and fragmented, with major projects already going under.

One high-profile victim is Wuhan Hongxin Semiconductor, which soaked up 128 billion yuan ($18.7 billion) in investors' funds but ran out of money a month ago and suspended operations without having produced a single wafer.

An industry insider told Radio Free Asia that no matter how much cash the government tips into the sector, China's poor level of basic materials science will hold it back from developing high-end products.

China also suffers from an industry talent shortage. A research report last year stated that there were only 300,000 semiconductor industry professionals in China, well short of the 700,000 required.

Wei Shaojun, vice chairman of the China Semiconductor Industry Association, said that with so many people swarming into the industry with so much fervor, he was "afraid that the probability of success will not be very high."