Juniper is stepping up its security game with several new secure access and threat profiling tools.

More on those new services later, but first a look at why Juniper is jockeying for a position in the cybersecurity space. 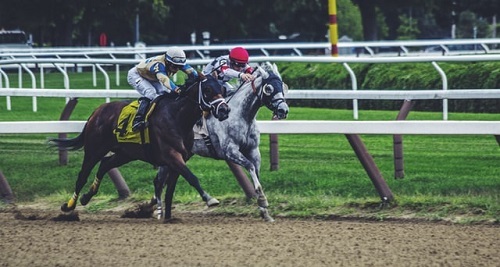 Mauricio Sanchez, research director for the Network Security & Data Center Appliance market research program at Dell'Oro Group, says Juniper's networking business background is a "point of strength" in its approach to cybersecurity and differentiates Juniper from "pure-play security" companies. Sanchez adds that security is still an emerging business for Juniper but that the company is well-positioned to expand this area.

"The footprint lets them get the telemetry and visibility that other security pure-plays may not immediately have at their disposal because they don't have that product and solution footprint in the same way that a network vendor like Juniper does," explains Sanchez.

Last month, Juniper released a report detailing the results of a survey of 1,000 IT and security professionals. Eighty-seven percent of survey respondents said they're looking for a security service that provides "better visibility across existing apps, reducing false positives and improving threat response times."

In a discussion with Light Reading, Sanchez references his recent blog post that outlines Juniper's three-fold approach to security  security infrastructure for the entire network footprint, improving ease of use to simplify network administrators' efforts to maintain their security policies, and a focus on cloud-based security.

Dell'Oro Group has noticed a gradual shift in customer preference for cloud-delivered security versus physical appliances  in his blog, Sanchez says, "due to the pandemic limiting physical infrastructure projects and a growing customer preference for cloud-delivered security, we expect the market in 2020 for physical appliances to decline 5%. The virtual and SaaS form factors will grow 6% and 27%, respectively."

"2020 is a perfect example of how the enterprise has had to pivot to embrace the Internet as part of the corporate network and make sure they have the control and visibility of the masses of remote users coming in," Sanchez tells Light Reading. He adds that Juniper will likely announce more cloud-based security features in the future.

Juniper is launching a number of new security capabilities under its Connected Security portfolio including Adaptive Threat Profiling (ATP), which the company says automates the delivery of security intelligence threat feeds based on customers' real-time traffic. The custom feed is then distributed to the customers' security devices such as the Juniper SRX Firewall, and "all of Juniper networking infrastructure as well," says Samantha Madrid, VP of security business and strategy for Juniper Networks.

IT teams can use ATP to adjust security policies as needed and stop threats before a security incident occurs.

"Juniper Connected Security is about safeguarding users, applications and infrastructure  all of which are critical when you think about security today when there are no two networks alike," says Madrid.

Juniper's new security features are especially important at a time when many enterprise employees are accessing critical company data from their homes, she adds.

Juniper is also targeting security for an increasingly remote workforce with Juniper Secure Connect, which provides zero-trust remote access and supports both IPSec and SSL-VPN.

In addition, IoT startup WootCloud's HyperContext device security platform now integrates with Juniper SRX Series firewalls, ATP Cloud and Juniper Mist Cloud for IoT device security. The integration of these features provides device profiles and threat detection and quarantines IoT devices in separate VLANs in the event of a potential threat. IT teams can also select specific access levels for devices depending on their potential risk to the network.