Intel still on the Huawei inside?

As the US tightened its sanctions against China's Huawei, Intel would have been one of several American component makers worried about losing a major customer.

The chip-making leviathan is far less reliant on Huawei than component specialists and contract manufacturers. But in the market for servers, relations between the two firms date back years. A page on Huawei's website recounts the history of "The Huawei-Intel Strategic Cooperation Pact," using the vernacular of geopolitics as if to wind up US hawks.

Intel has tactfully made zero mention of Huawei in recent earnings reports or during investor calls. But it reportedly sought permission to continue supplying Huawei after September 15, when the latest rules came into effect. 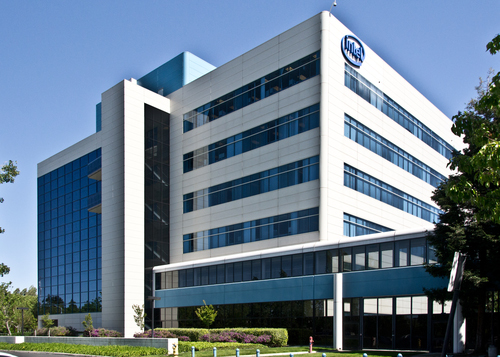 Those were designed to close loopholes in older restrictions, banning US firms and others dependent on American technology from serving Huawei. Intel, along with others, would have needed to apply for a special license to retain the Chinese equipment maker as a customer.

It did, and a concession was granted, according to a Reuters story from Tuesday that cites an Intel spokesperson as the source. Intel, however, has not made an official statement and had not responded to Light Reading's separate query at the time of publication.

Granting a license to Intel might seem counterintuitive. US policy against Huawei has looked so unambiguously aggressive in the last few months that obliterating Huawei is surely the intention. Why would authorities make such an effort to close all loopholes only to then allow business as usual?

Possibly because fierce lobbying by US technology vendors has convinced the administration that US business will suffer. Huawei, they argue, will simply buy components from suppliers that do not rely on US technology, even if this means settling for lower-quality products.

Bleed it dry
Policymakers might cynically have calculated that allowing some US firms to keep supplying Huawei will not save it. TSMC, a contract manufacturer that owed more than $5 billion of its 2019 revenues to Huawei, has stopped supplying the Chinese firm and will be hard for it to replace. Might as well allow Intel to make some money from Huawei while it slowly asphyxiates, could be the US rationale.

Still, others continue to think US sanctions are all about squeezing China. They include Richard Windsor, a respected analyst with Radio Free Mobile (who formerly worked for Nomura Securities). The US "is not actively seeking to put it out of business," he wrote in a recent blog. Its real intent "is to put pressure on the Chinese government when it comes to negotiating the overall terms of their long-term relationship."

Even so, other commentators doubt the legitimacy of reports that have recently appeared about US companies and Huawei. AMD, another US chipmaker, was earlier this week said to have obtained a US license to keep supplying Huawei. That report  which came from Global Times, a title affiliated with the Chinese state  was dismissed by one industry expert as "Chinese misinformation."

Approached by Light Reading, Huawei had no statement on the latest report about Intel. In place of that, one of its spokespeople emailed a press release  bearing Tuesday's date  that described the joint launch by Huawei and Intel of a new server, the so-called FusionServer Pro V6.

Intel is not quoted in that, and has not issued its own press release, but its chips are buried deeply within the latest product, said Huawei. The Xeon processor "takes embedded AI performance to the next level," reads the release. Optane, Intel's memory technology, supports "real-time big data analytics."

Chips might have been secured in advance of the September 15 deadline, as part of Huawei's inventory build-up. For the time being  whether or not a license has been issued  all that would leave Intel firmly on the Huawei inside.

Download the new Omdia whitepaper: Service-Oriented NextGen ISP Architectures
NEW Infographic! Get the key service provider findings from our 2H 2020 Threat Report
Whitepaper: Learn how to detect and intelligently orchestrate mitigations for all types of DDoS attacks!
Watch the video: Challenges to Defending Against DDoS Attacks in the Age of Digital Transformation
More Blogs from Morris Lore
Nokia return will not end doubts about O-RAN