Force no longer with Microsoft as DoD scraps $10B JEDI contract

It's commonly known that former US President Donald Trump loathes Amazon founder Jeff Bezos, mainly, it seems, because scathing reviews of Trump's performance featured so prominently in The Washington Post, a newspaper Bezos bought in 2013, while Trump was in the White House. Less known is that Trump's visceral hatred of Bezos led him to interfere in a $10 billion cloud contract with the Pentagon, ensuring the job went to Microsoft rather than Amazon in October 2019.

That is Amazon's version of events, in any case. So incensed was it by the outcome of the Joint Enterprise Defense Infrastructure (JEDI) contract tender, obviously named by Star Wars fans inside the Pentagon, that it began legal proceedings two months later. They became moot this week when the Department of Defense (DoD) tore up its contract with Microsoft and promised to issue a new one. 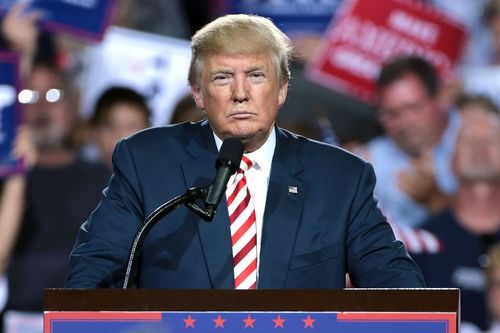 You can have any cloud except Amazon's.

Microsoft evidently wants to believe this happened because the Pentagon was sick of all the legal wrangling. In a blog written by Toni Townes-Whitley, Microsoft's president of US regulated industries, it says: "The DoD faced a difficult choice: Continue with what could be a years-long litigation battle or find another path forward."

Nothing to do with any Microsoft dissatisfaction, then? Not according to Townes-Whitley. "It's clear the DoD trusts Microsoft and our technology, and we're confident that we'll continue to be successful as the DoD selects partners for new work," she writes. In case there were still any doubts, she then devotes several hundred words to examples of Microsoft's amazing work for the DoD over the past 40 years. There is even a bulleted list of "critical national security programs" featuring Microsoft in her blog.

Amazon is the only alternative

Those reading the Pentagon's statement might form a different impression. There is no mention of lawsuits in that, but the DoD does say the "JEDI Cloud contract no longer meets its needs." Those needs, according to John Sherman, the acting DoD chief information officer, include "changes in user requirements to leverage multiple cloud environments."

The Pentagon goes on to say that JEDI will be replaced by JWCC, the Joint Warfighter Cloud Capability contract, and that this will be of a "multi-cloud/multi-vendor" nature. The force is no longer with Microsoft, JEDI's originators might say, or no longer entirely with Microsoft, at least.

However the Seattle-based software giant wants to frame it, the takeaway from that DoD statement is that Pentagon officials were unhappy about relying solely on Microsoft for their cloud-computing needs. The commentary also hints at concern that cloud options are so limited. Pentagon research has shown that Microsoft and Amazon "are the only Cloud Service Providers (CSPs) capable of meeting the Department's requirements," it says. Google, arguably the only other non-Chinese public cloud with a hyperscale presence, does not even warrant a mention.

If the Pentagon were not worried, it would not be talking about continuing its research "to determine whether any other US-based hyperscale CSPs can also meet the DoD's requirements. If so, the Department will also negotiate with those companies," it says. At least it has national players to call on  a luxury not available in the hyperscale cloud market to any organization outside the US and China.

The likely outcome, then, is that work will be divided between Microsoft and Amazon, and Microsoft will have to write off several billion dollars in sales, assuming JWCC is of similar value to JEDI. That explains why Microsoft felt the need to justify its existence in a blog, and why it has the slightly panicky tone of a lackey fessing up to Darth Vader.

The Pentagon, of course, is right to be concerned. Oligopolies and single-supplier deals are bad enough when the nation's defenses are not at stake. That it ever intended to use one private-sector company for the systems that protect America is hard to believe. There will always be the suspicion that a former reality-TV star who still thinks he is president is the reason the JEDI contract went to Microsoft.

Telecom operators should take note. AT&T, one of America's biggest, and Dish Network, the newest member of the national club, have this year signed their own single-supplier cloud deals with Microsoft and AWS, respectively. Neither has made provision for alternatives, according to their statements, or said it will continue to use an on-premises back-up. They might not be charged with America's defense, but they still provide infrastructure deemed critical in the modern age. Good luck to their customers if something goes wrong.