Dangerous liaisons for HPE in China

Liaising with any company named on the US Entity List is a dangerous game. As far as US authorities are concerned, these blacklisted organizations "have been involved, are involved, or pose a significant risk of being or becoming involved in activities that are contrary to the national security or foreign policy interests of the United States."

That explains why US chipmakers and software companies were so quick to end their lucrative relationships with Huawei after the Chinese equipment maker was blacklisted by former US President Donald Trump. It explains why Finland's Nokia was in a fluster about its contributions to the O-RAN Alliance, a specifications group, when Chinese contributors were named. And in the latest roll call, it sounds like a problem for HPE.

The American IT firm owns a 49% stake in a Chinese company known as New H3C Technologies or just H3C. As HPE bosses were tucking into their Thanksgiving turkeys, the US Department of Commerce (DoC) was serving up less appetizing fare – the addition of an H3C subsidiary called New H3C Semiconductor Technologies, along with 26 other companies, to the Entity List. 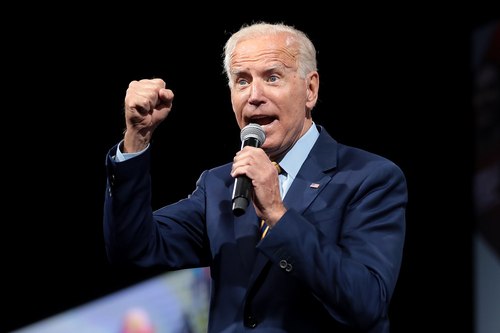 HPE's financial involvement in H3C is described in its last annual filing with the US Securities and Exchange Commission. It notes that investments in equity interests amounting to about $2.2 billion in October last year were "primarily" due to H3C. HPE also received a cash dividend of $165 million linked to the Chinese joint venture.

In addition, the American firm counts H3C as a customer and supplier. For its 2020 fiscal year, HPE recorded about $737 million in sales to H3C – a figure that is equal to about 3% of total HPE revenues – as well as purchases amounting to roughly $215 million. The goods that were exchanged include HPE-branded servers, storage and networking products, as well as HPE Pointnext services.

HPE's Chinese partner in H3C, meanwhile, is a semiconductor maker called Tsinghua Unigroup, which operates various technology subsidiaries in China. It appears to be owned by Tsinghua University, which recognizes Chinese Premier Xi Jinping as one of its most notable alumni. Last year, the university made headlines in the West when it stripped Xu Zhangrun, a prominent Chinese academic, of his professorship for criticizing Xi.

Its blacklisting is also another potential concern for the O-RAN Alliance, which names H3C as a contributor. Founded by five big telcos, that group has taken charge of developing specifications for open RAN, a fashionable attempt to boost interoperability between vendors and inject competition into the market for mobile infrastructure products. Its contributors list features dozens of Chinese names, including companies subject to one form of US sanction or another.

Concern about China's involvement in the group recently prompted Nokia to pause its technical activity inside the O-RAN Alliance. That decision came shortly after Kindroid, another contributor based in China, was named on the Entity List. Kindroid was subsequently dropped from the O-RAN Alliance membership page (sources say for non-payment of fees), and Nokia resumed work after the organization agreed to make changes aimed at improving transparency.

But H3C effectively replaces Kindroid as an O-RAN Alliance contributor linked to the People's Liberation Army. Other Chinese members or contributors that are currently subject to US sanctions include Phytium, a chip designer also named on the Entity List, and China Telecom, one of China's three national service providers.

In October, the Biden administration revoked China Telecom's license to provide telecom services on US soil, which it had done through a subsidiary called China Telecom Americas. In a statement at the time, FCC commissioner Brendan Carr said that "the FCC's own review found that China Telecom Americas poses significant national security concerns due to its control and ownership by the Chinese government."

The recent changes made by the O-RAN Alliance did not appear to address concerns raised by the European Commission in August. In a detailed report about 5G, the commission said the organization had not shown it was compliant with various World Trade Organization criteria, partly because its five founder members (AT&T, China Mobile, Deutsche Telekom, NTT DoCoMo and Orange) hold veto rights. Non-compliance effectively means it cannot be considered a standards body like ETSI or the 3GPP, which are exempt from Entity List rules.

The latest developments regarding HPE and the O-RAN Alliance are a further sign of Chinese and US entanglement in the technology sector. Circumstances are at odds with the open RAN pitch made by some US politicians, says John Strand, the CEO of Danish advisory group Strand Consult. "I have nothing against Chinese involvement, but O-RAN is getting marketed as an alternative to Chinese suppliers," he tells Light Reading. Strand Consult's research indicates the O-RAN Alliance has about 40 Chinese members and contributors.

It is hard to see how HPE would be able to retain its ownership stake in H3C – or maintain a commercial relationship with the Chinese company – if Entity List rules were applied. Companies ranging from Google to NeoPhotonics, an optical components specialist (which rival Lumentum agreed to buy last month for $918 million), have stopped supplying Huawei since it was added to the Entity List. NeoPhotonics booked $148.4 million in Huawei revenues for the first nine months of 2020, but the figure dropped to just $23.3 million for the corresponding part of 2021.

HPE says the New H3C Semiconductor Technologies subsidiary was set up about two years ago for research-and-development purposes and that it does not conduct business in the US market. "The subsidiary operates separately from New H3C's ICT business, and the Commerce Department's action should have no impact on New H3C's ICT operations even if it remains in effect," said an HPE spokesperson.

The IT firm went on to say that it was "unaware of any basis for the Commerce Department's listing of New H3C Semiconductor" on the Entity List. "We're working to understand why Commerce has taken this action. We remain engaged with all relevant stakeholders to research this matter."

Update: The story has been amended since original publication to include comments received later in the day from HPE.