The US Congress will set aside $1.9 billion to replace telecom equipment from Chinese companies Huawei and ZTE.

The funding forms part of a massive $900 billion COVID-19 relief bill which also includes $3.2 billion to increase broadband access for those on low wages. Qualifying households will receive a $50 monthly subsidy to help them afford broadband services and a device to get online. 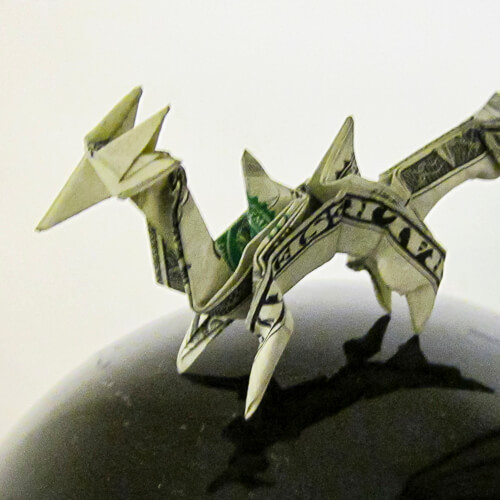 Game of phones: Congress has allocated $1.9 billion to rip the Chinese dragons Huawei and ZTW out of US networks.
(Source: Gabe Rosiak on Flickr CC2.0)

This assistance for getting disadvantaged households online will help in "jump starting the economic recovery next year," argues Oregon Senator Ron Wyden.

The COVID-19 relief bill is the second largest economic stimulus in US history, after a $2.3 trillion Coronavirus stimulus package passed in March. But there was "too much in the mix  combining budget related to tech with public health care aid," commented Red Hat Chief Technologist Ian Hood on Twitter.

The National Telecommunications and Information Administration will also receive an Office of Minority Broadband Initiatives, to help minority-owned businesses overcome a growing US digital divide.

This initiative had been previously floated in August in the Senate by Senator Roger Wicker, who chairs the upper chamber's Committee on Commerce, Science, and Transportation.

The Federal Communications Commission (FCC) recently issued a "rip and replace" order, saying telecommunications companies needed to remove Huawei equipment from their networks. But this required at least $1.6 billion to replace eligible providers for making the changes, since many of these telcos receive US federal subsidies in order to provide network services in rural areas of America.

Meanwhile, it also began the process of revoking China Telecom's permissions to provide domestic and international telecoms services within the US.

The FCC had asked the Chinese operator in April why it shouldn't start a process for revoking its authorizations. It now concluded China Telecom, which is one of China's Big Three telecoms providers, "failed to provide a satisfactory response to the concerns."

China Telecom (Americas) had replied in June that it is independent of the Chinese government, and not subject to its control.

The US regulator, continuing a noteworthy enthusiasm, also said network operators should use open RAN equipment and services, or at least equipment and software upgradable to open RAN.

The very next day, you gave it Huawei

The chairman of the FCC, Ajit Pai, has said he will step down on inauguration day on January 20. In a Trump administration noteworthy for changing casts of characters, Mr. Pai has been Trump's one and only FCC chairman.

Mr. Pai has received praise for publishing FCC documents and draft proposals before rulemaking sessions, instead of after.

But he will mainly be remembered for setting aside the net neutrality protections put in place by the Obama administration and his predecessor Tom Wheeler.

Net neutrality means Internet service providers had to treat all online communications equally, and couldn't charge differently based on user, content or application.

One result of its repeal has meant costs of getting online have crept up, and US providers have enforced data caps, just when Coronavirus has made people stay indoors and work from home.

Jessica Rosenworcel, one of the five-member FCC's two current Democratic commissioners, is considered a frontrunner for the top job. But the FCC takes decisions by majority vote by its commissioners, and Trump appointee Nathan Simington received Senate confirmation for a five-year term on December 8.

Also serving out terms are one other Democrat, Geoffrey Starks, and one Republican, Brendan Carr.

So until president-elect Biden manages to get another commissioner past a Senate which may remain in Republican hands depending on Georgia, the FCC will remain gridlocked with two Republicans and two Democrats. Meaning neither side could be able to pass rules or regulations in a deadlock which could last years. Meaning a big net over any big Biden moves like reestablishing net neutrality.