With its quarterly revenues flat from a year ago, Cisco still beat Wall Street's earnings estimates by 4 cents as it continued its push toward showing more software and services sales.

The networking giant reported its earnings for the second quarter of fiscal 2021 on Tuesday afternoon, hauling in earnings of $0.79 a share on revenues of $12 billion, essentially flat from the year-ago quarter.

Cisco's enterprise sales slipped down 9% and service provider sales were up 5% for the quarter. For its upcoming quarter, the company forecasted revenues would climb 3.5% to 5.5% higher than what it reported during fiscal Q3 2020. 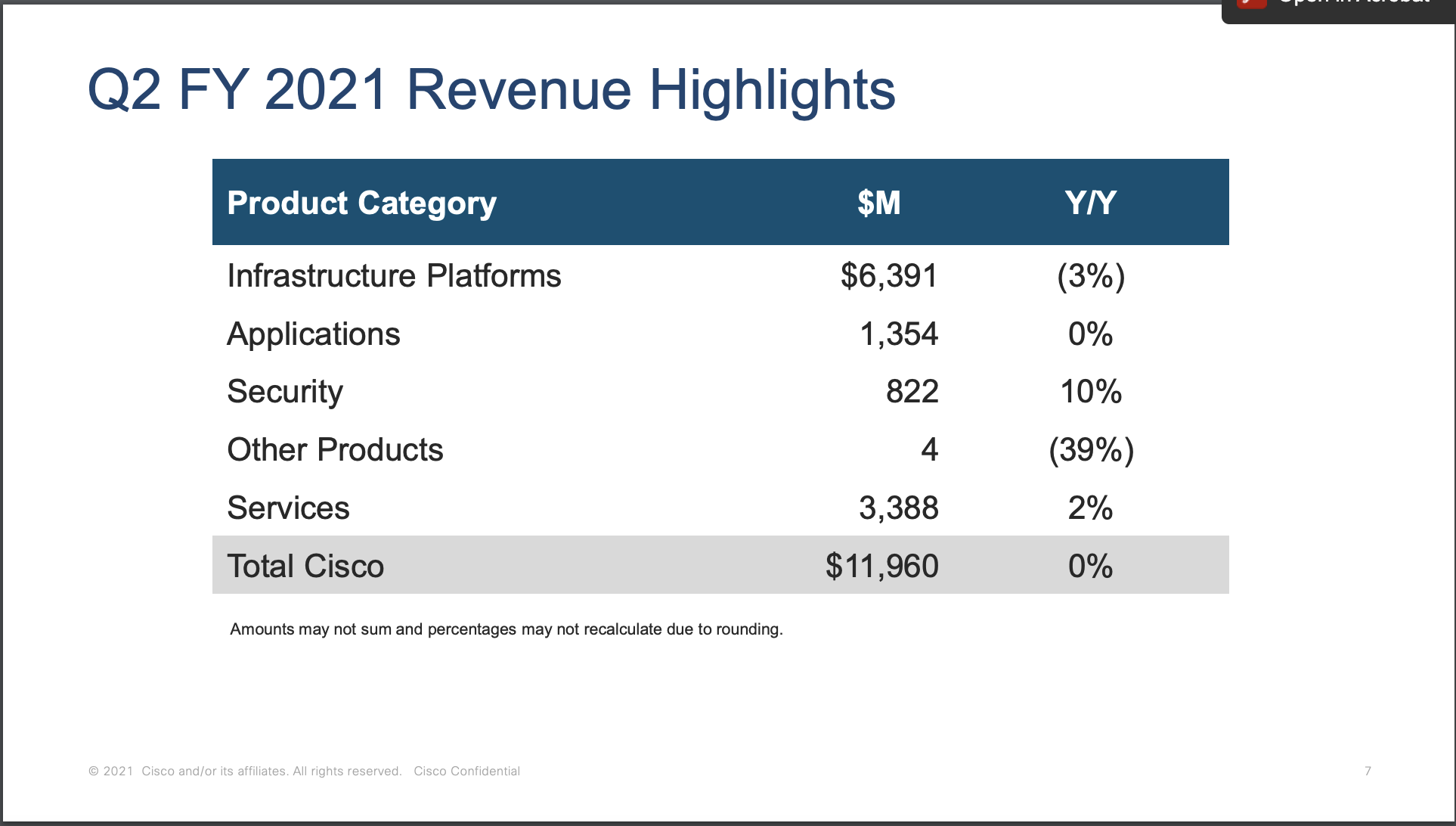 The company noted that Webex and Cisco's other conferencing product portfolio got a slight sales boost, as one would expect during the pandemic. Services revenues were up and Cisco execs said that 76% of its $3.6 billion in software revenue for the quarter was sold as a subscription.

Cisco's infrastructure sales during the quarter were down 3% to $6.39 billion and its security product revenues were up 10% to $822 million.

The company is still on track to complete its acquisition of optical networking components maker Acacia Communications, which it first announced in July 2019. Cisco said it would spend $115 a share in cash, or about $4.5 billion, and the deal is expected to close next quarter.

"We are seeing encouraging signs of strength across our business showing how our technology will be a powerful engine for recovery and growth," said Cisco CEO Chuck Robbins, in the company's earnings press release.