Biden to UAE: Sheikh off Huawei or lose F-35s

Abandon Huawei all you who enter here and want F-35 jets, has been President Biden's message to the UAE.

The UAE has been a phenomenal 5G success story, with adoption rates second only to China.

For the Emirates, making a success of 5G is a large part of a hoped-for national transformation from an economy based on oil  to a knowledge-based economy around services. 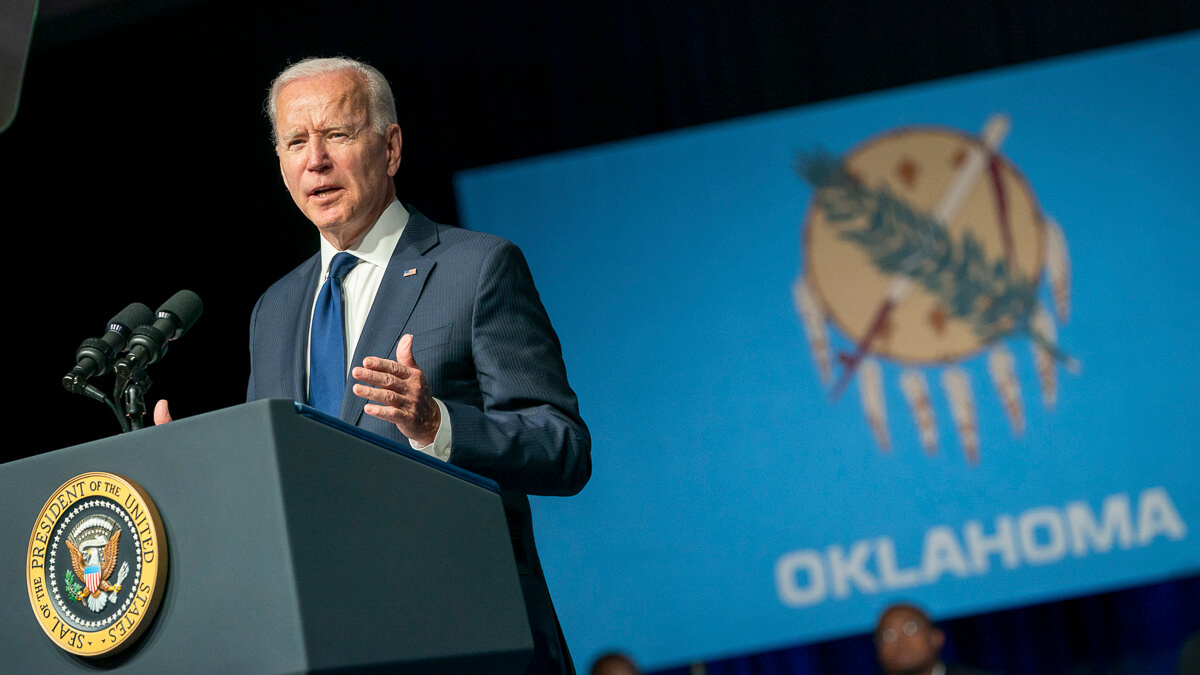 Conditional love: President Biden has told the UAE to ditch Huawei  or else.
(Source: White House)

The country had also planned its 5G network to be a showpiece for Dubai's Expo 2020 (though that was ultimately postponed because of COVID-19).

Washington is asking UAE to remove Huawei equipment from its networks within the next four years.

By comparison, Downing Street has given UK operators all the way until 2027 to remove Huawei equipment from the UK's networks.

This deadline, pointedly, is before the UAE is scheduled to receive $23 billion in as many as 50 F-35 Lightning II stealth fighter jets, 18 MQ-9B Reaper drones, and advanced air-to-air and air-to-ground munitions in 2026 or 2027.

UAE officials in return say they'd need longer, as well as to find an equally affordable alternative from Samsung, Ericsson or Nokia.

The Lockheed-Martin-produced fast jet has been described as the crown jewel of a US ally's arsenal, reserved for Washington's monogamous partners.

"The S-400 is incompatible with the F-35," Pentagon spokeswoman Jessica Maxwell said drolly.

But Huawei, even if on its trotters globally, is never one to give up without a fight.

Or, for that matter, a charm offensive.

Cheang has also been seeking to train local talent in cybersecurity, and establish the country as a "globally trusted digital oasis" free from potential cyber threats.

As well as its critical infrastructure projects in the UAE, Huawei succeeded recently in being named co-chair of the Organisation of Islamic Cooperation's 5G security working group.

China's broader economic relations with the UAE are extensive, too.

They include $3.4 billion worth of deals in China's Belt and Road Initiative, aimed at developing the Port of Jebel Ali to ship Chinese products.

Bilateral trade, $2 billion at the start of the millennium, has increased to over $50 billion.

Meanwhile, Trump's administration had approved the F-35 sale as a side deal to a US-brokered agreement in September in which the UAE normalized relations with Israel.

Biden, following a review, decided to permit the sale to go forward.

This act, put forward in April by Senators Bob Menendez and Dianne Feinstein, would require the sales of F-35 to Middle Eastern countries not compromise Israel's military advantage.

Menendez, however, has said he is concerned the UAE still maintains a "burgeoning relationship" with China.

Prime Minister Emir Mohammed bin Rashid Al Maktoum's government has sought to keep its relations with China strong as a hedge against possible US withdrawal from the Middle East.

Meanwhile, the UAE, which trades with Iran but views it as a competitor, is alarmed by Biden's attempts to coax Iran back into the nuclear deal which it agreed in 2015 with permanent members of the UN Security Council, Germany and the EU.

Under Trump, the US withdrew from that agreement in May 2018, after which Tehran announced in July 2019 it was resuming uranium enrichment above the deal's limits.

Between Iraq and a hard place

In all this unfolding drama, the UAE and its Gulf neighbors have settled into a possibly ultimately unsustainable pattern of looking to US military might for protection, while accepting other forms of assistance, especially during COVID-19, from China.

From the perspective of the Emirates, if Washington wants Gulf states to go it alone with them, the US will need to up its offer.