Biden to follow through on Trump-era China tech ban

Whether the Biden administration will radically change the Trump era's truculent China policy has been the million yuan question since it took over in January.

But it now looks as if the course of Washington's China policy may be more straight tracks ahead than all change. 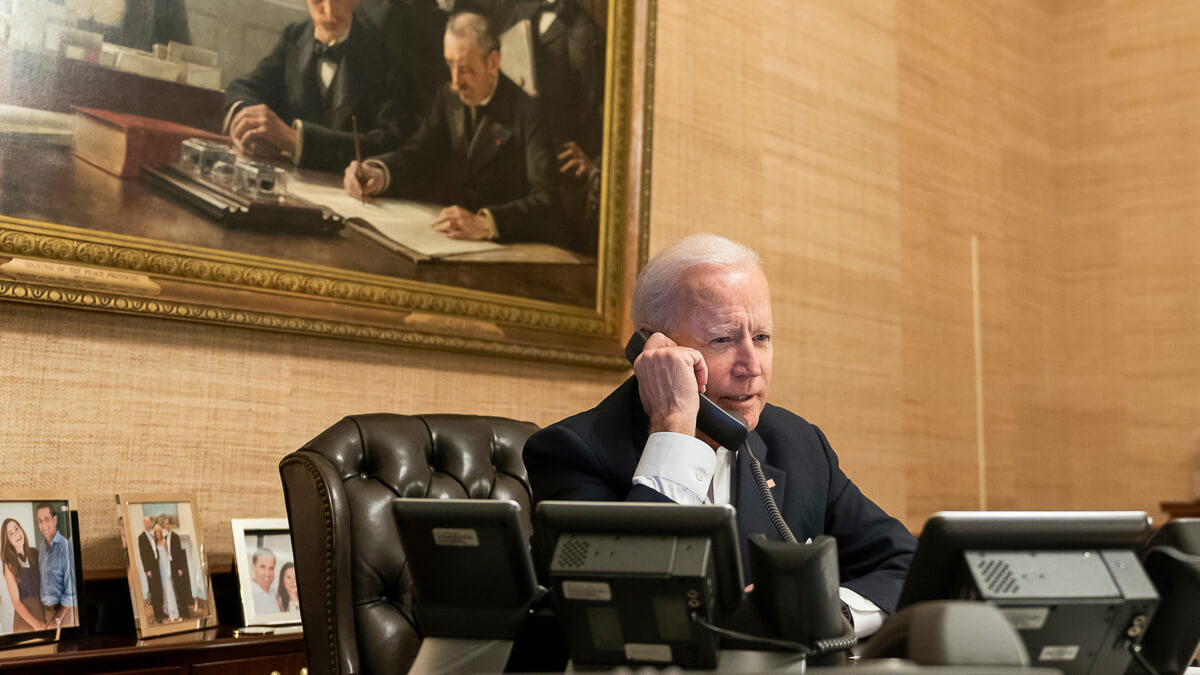 Calling the shots: It looks like new US President Joe Biden is staying the course when it comes to China and tech.
(Source: White House)

This rule makes it easier for Washington to block Americans from importing Chinese technology, if the government decides the imports would threaten national security.

It applies to software, hardware, and apps, and gives the Commerce Department sweeping powers to block or allow technology imports, impose licensing requirements, or require changes.

This rule from the waning days of the Trump administration will still go into effect on March 22, the US Commerce Department said on Friday.

While it applies to Russia, Iran, Venezuela, North Korea and Cuba as well, its main target is clearly China.

Many observers have looked to this rule as a bellwether of policy direction by the new administration toward Beijing, both broadly and in particular on tech.

And so turbocharged is the China issue after the previous administration, the Biden administration reportedly fears that critics will claim it is taking a weaker approach than its predecessors.

The White House has also suggested it does not want to give up the leverage provided by hawkish Trump-era measures, before it formulates a multilateral China strategy together with key US allies.

"Trustworthy information and communications technology and services are essential to our national and economic security and remains a top priority for the Biden Harris administration," said the Commerce Department.

It is not an overstatement to say business, and particularly US tech, hates the rule.

It is "unworkable for US businesses in its current form and should not be considered for final publication without significant revisions," wrote the Business Roundtable in a formal submission in January.

The roundtable represents CEOs from large companies ranging from Amazon to Walmart. The US Chamber of Commerce has issued similar warnings.

The rule is "massively overbroad" and will harm the economy while not contributing to national security, says IBM.

The Trump-administration's course to adoption appeared to be on "autopilot", adds Christopher Padilla, IBM's vice president for regulatory affairs.

There were hints a new policy direction may be in the offing.

A US Justice Department lawyer, Casen Ross, told federal appeals courts that the government "plans to conduct an evaluation of the underlying record justifying" Trump's efforts to ban ByteDance's TikTok platform in America.

Regarding Washington's statements about Uighurs, Hong Kong and Tibet, he said "a good-mannered gentleman never thrusts his knife and fork into the food on someone else's plate."

And Biden's preference that the US act together with its close allies may mean a more decisive cleaving apart of the global economic system than under the Trump administration, which made no special secret of its disdain for traditional alliances like Nato.

Washington and its allies "must prepare together for a long-term strategic competition with China," Biden told the Munich Security Conference in late February.

Feelers for a more positive way forward continue to issue from some in China, such as top foreign policy official Yang Jiechi, who in February blamed the current heightened tensions between Beijing and Washington on the Trump administration.

But for now, even as a new cast of characters settles in on the sofas of the West Wing, it looks like restrictions on tech exports between China and the West will continue – even if all the details are yet to be hammered out between the US and its allies.