A newly feisty FCC hangs up on Chinese telcos

So much for that shiny policy reset some thought Biden would bring to US relations with Chinese tech.

The US Federal Communications Commission has now taken the first steps this week to strip three state-owned Chinese telecoms of their operating licenses.

One of them, China Telecom, has operated in the US for nearly two decades. 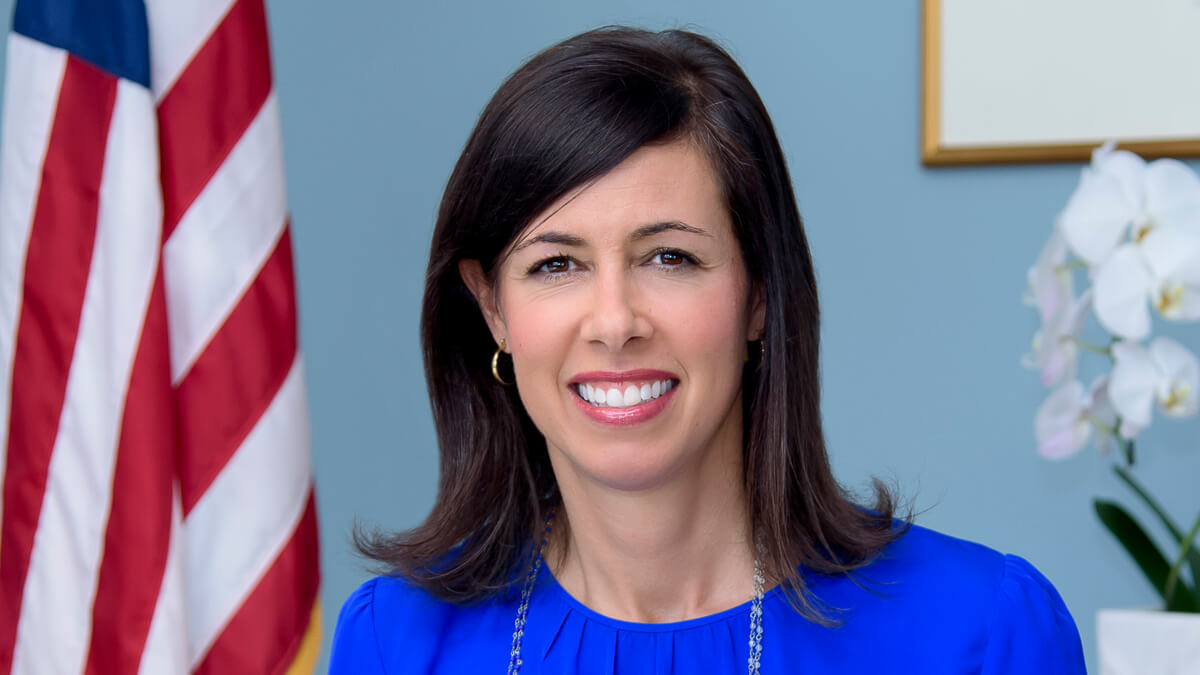 Change at the top: Federal Communications Commission acting chairwoman Jessica Rosenworcel, the US attorney picked in January by President Biden for the role.
(Source: FCC)

China Unicom and ComNet, a subsidiary of Pacific Networks, face losing their ability to operate in America also.

The three companies will have the chance to present further evidence before the decision is final.

"These companies are indirectly owned and controlled by the Chinese government," argued Jessica Rosenworcel, the US telecoms regulator's acting chairwoman.

"There is strong reason to believe that they will have to comply with requests from the Chinese government and advance its goals and policies," she added.

It is a point the companies dispute. They have told regulators they have not been asked by China to take any action that would jeopardize US security.

In April 2020, the FCC had told the companies to show they were independent of Beijing's influence, or risk ejection from the US market.

This week, the four commissioners voted unanimously that the telcos had given insufficient evidence to show they were independent of the Beijing government.

The crackdown against the telcos comes as the FCC expands its reach, after a run of recent rulings which have been chiefly aimed at Huawei.

Last Friday, the FCC declared Huawei, ZTE, Hytera, Hangzhou Hikvision and Zhejiang Dahua all posed a threat to US national security, under a 2019 law.

This law, called the Secure and Trusted Communications Networks Act of 2019, requires the FCC to identify telecoms providers "that have been found to pose an unacceptable risk" to US security.

Last year, the regulator had already declared US firms couldn't use money from an $8.3 billion government fund to buy equipment from Huawei and ZTE.

Huawei challenged that declaration in court, in a case currently before the Fifth US Circuit Court of Appeals.

But the FCC doubled down in December, with rules saying carriers with ZTE or Huawei equipment now had to "rip and replace" the kit. Congress approved $1.9 billion in December to pay for this.

And far away on Wall Street, in January the New York Stock Exchange delisted, recanted, and again delisted two of the companies, China Telecom and China Unicom Hong Kong, along with China Mobile.

The FCC on fire

The moves against China's largest telcos offers yet another indication that, at least on China and tech, US policy is shaping up to be more of the same.

But it also shows signs of something else: a more activist FCC, emerging under the captaincy of Jessica Rosenworcel.

Rosenworcel first joined the FCC in 2012, as an Obama appointee. Other priorities for the 49-year-old lawyer include net neutrality and building out broadband to underserved communities.

Biden made her acting chair in January, and she's widely expected to be nominated and confirmed for the permanent position later this year, too.

Her FCC has been quick off the mark, handing down a record $225 million fine this week to two Texas telemarketers who made about one billion robocalls from spoofed numbers to sell short-term health insurance plans.

This fine, against John C. Spiller and Jakob A. Mears, who traded as Rising Eagle and JSquared Telecom, is the largest in the FCC's 86-year history.

The two, who knowingly rang numbers on the Do Not Call list, offered those who answered coverage from insurers including Aetna, Blue Cross Blue Shield, Cigna and UnitedHealth Group, with which they were unaffiliated.

But the number spoofing broke the Truth in Caller ID Act, which prohibits manipulating caller ID information with an intent to defraud, cause harm, or wrongfully obtain anything of value.

And as well as showing herself to be a chair who will jolt the FCC into action, Rosenworcel is also a deep China hawk.

China lacks "the same values we have here in the United States," especially "our traditional respect for openness, freedom of speech and human rights, both offline and online," she told an interviewer last autumn.

These concerns are bipartisan, she says, and adds "I think they're here to stay".

Which may be more than you can say about China Telecom.