Versa Networks is surely relishing its Jerry Maguire moment, raking in $84 million in a Series D funding round.

The latest funding round was led by Princeville Capital and RPS Ventures, in addition to existing investors, including Sequoia Capital. This brings Versa's total funding raised to a cool $196 million. 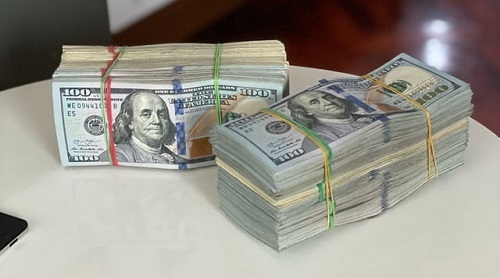 Jerry Maguire (Tom Cruise) gets all the credit for saying "Show me the money!" but we're pretty sure Rod Tidwell (Cuba Gooding Jr.) said it first. Either way, Versa CEO Kelly Ahuja has earned his chance to say the famous phrase as the company recently pulled in $84 million in funding. Photo by Celyn Kang on Unsplash.

Versa says this additional funding will support new go-to-market strategies and sales and partnership opportunities, expand R&D and address new markets in the Secure Access Service Edge (SASE) segment. Versa currently has over 5,000 customers and about 500,000 sites under contract with its SASE service.

"We're focused on expanding the coverage of our platform, and expanding our sales and marketing coverage and capacity around the world. That's how we'll use the funds," says Kelly Ahuja, CEO of Versa Networks.

Zeus Kerravala, founder and principal analyst of ZK Research, predicts that Versa will use the new funding to increase direct sales to end-users; this would be in addition to its existing 2,000 partnerships with service providers, VARs, system integrators, and some direct sales to enterprises. About 150 service providers, such as Colt, Verizon and Comcast Business, offer Versa's SASE platform to their enterprise customers as a managed service.

"Of all the SASE vendors, [Versa] is not the most well-known partly because of how they've gone to market," says Kerravala. "They do a lot of go-to-market through telecoms. While they're widely deployed, not a lot of the end-user community knows who they are, compared to a Cisco or VeloCloud, for example. They do want to sell directly to businesses now, so being able to raise their brand, do some marketing, and expand the channel  all of that becomes important, in addition to R&D into more SASE services."

Versa differs from some other SASE providers in that many of its networking and security components are "home grown," says Kerravala. A few other SASE suppliers, such as Cato Networks and Aryaka, have also taken this approach. Kerravala says Versa has done a solid job of building its own portfolio and providing a customer console that's easy to use.

Versa's SASE service is delivered via an integrated software stack, and is a hardware-agnostic, software-only service that can be accessed via the cloud, on-premises or as a combination of both.

"I'm excited about the innovation we've driven over the past year and a half by extending SD-WAN to a client that we can put on a laptop or device, and putting our security stack in the cloud gateways we have," says Ahuja. "We can do some interesting services such as private access or a public or secure web gateway service."

Versa also has 13 out of the 15 SASE components identified by Gartner, which is the most SASE components of 56 vendor products that Gartner analyzed. However, Kerravala says to take that win with a grain of salt.

The downside of developing most of the SASE components in-house, however, is that some customers will prefer to continue working with their existing networking and security suppliers, says Kerravala. On the flip side, Versa does integrate with some external security vendors such as Symantec and McAfee.

"A lot of customers will want to continue to sweat the assets of what they've already bought, such as extending the life of their Palo Alto firewall," says Kerravala. "But one of the things they've done nicely is that if you're going to go all in on them, they've made it easy to use via a single console."

The SASE market is poised for continued strong growth at a CAGR of 42%, reaching nearly $11 billion by 2024, according to Gartner. However, a recent survey by Versa revealed that only a third of respondents could accurately define SASE. Versa plans to utilize its new funding for marketing and sales campaigns to address customer confusion around SASE.

While many SD-WAN/SASE players have been acquired by larger networking companies  Cisco acquired Viptela, and VMware bought out VeloCloud  the funding support Versa has achieved could make it appealing for consolidation. However, Versa could even be the one doing the acquiring by buying out a smaller SASE supplier, says Kerravala.

"I thought they would have been acquired by now, to be honest," he says. "There aren't many independents left  there's Cato and Aryaka so a handful remainbut maybe Versa ends up being the acquirer of a smaller supplier."