SD-WAN and security come together like PB&J, says AT&T VP

AT&T is adding a third option to its SASE portfolio in the form of a new partnership with Cisco.

Put simply, SASE is the convergence of networking and security. "At its core, Secure Edge and SASE technologies can be built on a global SD-WAN foundation that leverages a suite of cloud-based security capabilities along with a minimal layer of customer premises equipment (CPE)," explains Scott Raynovich, founder and principal analyst for Futuriom, in the Cloud Secure Edge and SASE Trend Report for 2021.

Earlier this year, AT&T launched managed Secure Access Service Edge (SASE) services in collaboration with Fortinet and Palo Alto Networks. AT&T also launched a SD-WAN service with Cisco for the home network in April of this year. Rupesh Chokshi, VP of AT&T Cybersecurity, says the service provider started its SASE journey in partnership with the security powerhouses because a "security-first mindset" is critical at a time when threats from ransomware and malware have spiked.

"We saw SD-WAN and security coming together like peanut butter and jelly," says Chokshi. "The technology partners realized the same. If you look back, there are organic and inorganic ways of bringing stuff together through acquisitions or developing those capabilities." 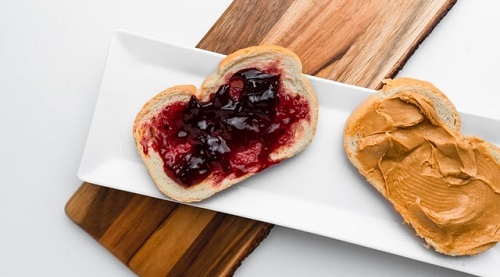 SD-WAN and security come together as smoothly as this classic sandwich, says AT&T's Rupesh Chokshi. Photo by Freddy G on Unsplash.

In some cases, security threats have costs enterprises millions – currency exchange company Travelex shelled our nearly $2.3 million in bitcoin to ransomware cybercriminals earlier this year, reported The Wall Street Journal. In addition, phishing and ransomware attacks increased by 11% and 6% in 2020, respectively, according to Verizon's annual Data Breach Investigations Report (DBIR).

Chokshi says the SASE service AT&T is launching with Cisco will provide customers with access to SD-WAN and brings a number of security measures to the table, including a firewall, Domain Name System (DNS) security, secure web gateway and access to Cisco's Umbrella and Duo security services. Umbrella and Duo are Cisco's security platforms which provide security for the DNS and IP layers in addition to zero trust network access capabilities.

"We can bring all of these [security features] together to make sure we can deliver the security policy management for a user in the enterprise whether that person is working in the branch, from home or otherwise," says Chokshi. "The whole idea is for a lot more uniformity in a managed service that's delivered at scale.

Chokshi says AT&T's SASE service with Cisco is well-suited for mid-market and large enterprises, as well as the public and government sectors.

This team up between AT&T and Cisco comes at a time when SASE is still in its early days of adoption. "A survey of 450 IT and security professionals done by Check Point Software found that although 94% of respondents were familiar with the term SASE, only 9% had begun implementation, with another 21% in planning stages," explained Raynovich in his recent SASE trend report.

Raynovich also points out that for the first half of 2021, "Cisco's efforts to bundle its security portfolio and many acquisitions has not resulted in growth, while vendors such as Fortinet, Palo Alto, and Juniper Networks have been growing nicely."

Cisco may be a bit slow off the starting blocks in bringing in revenue from its security portfolio, but there's still much to be gained in the SASE market. Dell'Oro Group predicts the SASE market will reach double-digit billion-dollar revenue by 2025.

"As enterprises pivot towards becoming cloud-first and mobile-friendly, they are running into the structural deficiencies of the hub-and-spoke model and need alternatives," said Mauricio Sanchez, director at Dell'Oro Group, in a statement. "The need for more agility, better scalability, and ubiquitous security has driven the vendor community to respond with the convergence of software-defined WAN (SD-WAN) and secure web gateway (SWG) solutions into a new architecture under the SASE umbrella. As a result, enterprises' interest in SASE is skyrocketing."