Extreme Networks has finalized its acquisition of Infovista's SD-WAN division, Ipanema, in an all-cash deal valued at 60 million (US$70 million*).

Light Reading caught up with Extreme Networks' CTO and Chief Product Officer Nabil Bukhari ahead of the completed acquisition announcement last week, as the company makes its first foray into the SD-WAN market.

Bukhari says Ipanema's focus on security, application visibility and monitoring in its SD-WAN service are among the features that will mesh well with Extreme's "Infinite Enterprise" vision, which is the company's goal to ensure customers can access their data and business applications on a global scale.

Extreme doesn't have an existing SD-WAN business so Ipanema will be foundational to its planned second phase of the acquisition, which is to deliver SD-WAN as a SaaS service to customers. Ipanema's SD-WAN services are currently deployed in over 100,000 sites to about 400 customers  BT and Orange Business Services are among Ipanema's European SD-WAN customers.

In addition, Extreme will benefit from broadening its R&D presence in Europe by tapping into Ipanema's established presence in France, says Bukhari. 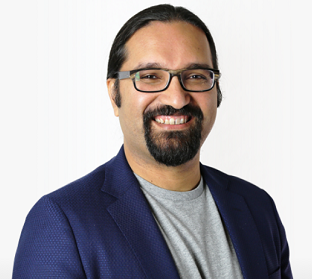 In an interview with Light Reading, Extreme's Bukhari discussed the company's decision to acquire Ipanema and its plans for entering the SD-WAN market. Below is a transcript of his comments edited for brevity and clarity.

Light Reading: Does Extreme have an existing SD-WAN service or is this the first?

Nabil Bukhari: This will be our first foray into the SD-WAN market. Why did we wait so long? We have been doing acquisitions for seven or eight years now. Now there is a fundamental shift in the SD-WAN market. The first generation of SD-WAN was really truly about replacing that MPLS networks and reducing costs. And there were a lot of companies that came up, some of them that got acquired for loads of money. But if you really look at them, they were all essentially what we call VNFs. They were really there to replace the edge router, mostly Cisco ASRs.

The second generation of SD-WAN is essentially an extension of cloud-driven services. The SASE components, firewall as a service, CASB, ZTNA  the second phase [of SD-WAN] is all of them being delivered from the cloud, as in a single, seamless operational model.

The second phase of SD-WAN fits perfectly into our strategy, which is the cloud-first strategy. This is the reason why we said this is the time to move into SD-WAN. The second market reason for moving into that space now is because today, SD-WAN is not about reducing your cost of circuits by replacing MPLS. It is about business continuity. Because applications are the bloodline of the modern business. And applications today are not just served from your corporate data center, but also from an ever increasing number of SaaS offerings and public clouds.

Also, people don't access the applications just on your enterprise network. They access them from anywhere and everywhere. In combining these two things together, SD-WAN's distributed connectivity and security is a key component of business continuity at that point. Then attach it to the cloud and now you can see why we thought this is the time to acquire that technology to really accelerate that vision of Infinite Enterprise.

LR: What are some other reasons why Ipanema's SD-WAN service fits in well with your Extreme Cloud Portfolio?

NB: Number one is the cloud-first vision. We have a cloud-first vision of networking, so does Ipanema. Ipanema has spent the last two or three years in really accelerating their transition to the cloud. They have the cloud orchestrator  a single place from where you can orchestrate, troubleshoot, monitor and observe your SD-WAN, your network security, application performance, and so on.

The second reason is their notion about bringing the SASE components together through an ecosystem partnership. Right now, they have basic security built into the application and they have Edge Sentry, which is their partnership with Check Point, which provides you with all sorts of advanced capabilities, but capability is configured from within their application.

There is no single vendor that is going to have all the pieces of Infinite Enterprise, it's simply impossible to do that. The vendors that go the route of buying 18 companies and trying to pull them together into one solution don't understand how quickly this Infinite Enterprise is changing and the agility it requires.

And on the flip side are the companies where we belong, that understand what's required is a coalition of capabilities, which would be brought together into an open architecture of cloud. The last reason is that Ipanema is based out of France, to the south of Paris. We are a global company, we have centers of excellence on engineering and R&D all over the place, and we had one in Ireland. We thought that expanding the center of excellence and that R&D presence in Europe into France would be a pretty good idea. It also allows us to tap into another talent market.

LR: How will Ipanema's SD-WAN service be deployed? How do customers access the service?

NB: Today, Ipanema is self-installed  you can deploy it as a virtual appliance on your device or you can buy an appliance that you plug in. As we bring it into the Extreme Cloud Portfolio, our vision is that you simply go to the Extreme Cloud Portal, and you check the box and whatever application you check is automatically pushed down to your device, whatever kind of device you have, including personal devices, and it just simply starts working. You will see that over the next 12 months, it will follow that architecture, where you will simply click the button and it can be deployed wherever in the world.

LR: What are your thoughts on SASE, the secure access service edge? Do you have a goal to move toward SASE with Ipanema?

NB: Ipanema is already starting to move in that direction with an ecosystem of partners. For us, that's a natural extension to our cloud. The way Gartner describes SASE, it is simply a collection of security features that need to be distributed out via VPN, SWG, CASB, firewall as-a-service, etc. It's a natural extension for us to start offering SASE functionality from our cloud, in addition to the networking services as well. Having Ipanema, the SD-WAN, as part of our cloud portfolio naturally puts us in a place to extend into the SASE market as well.

(Editors note: An earlier version of this article incorrectly stated the acquisition was valued at $83 million, but the correct amount is $70 million.)