SpaceX is pushing ahead with a next-generation of Starlink broadband satellites that will be a bit heavier but more powerful than the first-gen satellites that are in orbit now.

SpaceX, which details some of those plans in an August 18 filing with the FCC, noted that it likewise intends to use its new Starship rocket as the primary delivery vehicle for its new "Gen2 System" satellites, complementing use of SpaceX's Falcon 9 rockets. Starship is SpaceX's more massive and reusable heavy-lift launch vehicle.

SpaceX argued that the proposed, new densified constellation under Gen2, which would include the launch of nearly 30,000 satellites, would substantially increase capacity and boost the number of consumers in rural and remote areas that would have access to "truly robust broadband." 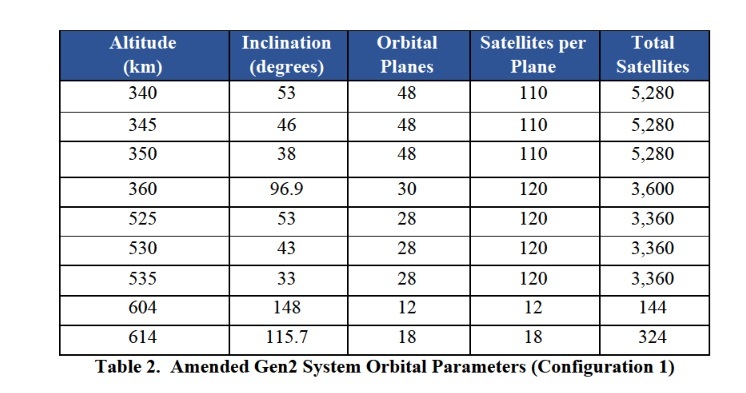 SpaceX stressed that Gen2 won't require any additional spectrum resources, as it would continue to use a mix of Ku-band, Ka-band and E-band frequencies. As a complement to the first-gen system, Gen2 will continue to focus on the delivery of high-speed, low-latency broadband. The use of Starship rockets to deliver Gen2 satellites will help SpaceX deliver more satellites into low-Earth orbit (LEO) at a time, launch them more often, and deliver more mass with each launch. That would open the door for Starlink rockets to accommodate additional payloads alongside the Gen2 Starlink satellites, SpaceX said.

"This Gen2 System was designed to complement the first-generation constellation SpaceX is currently deploying," SpaceX said in the filing, which seeks approval from the FCC. "While the original constellation provides unprecedented capacity for a satellite system, the demand for more broadband continues to grow unabated and the need for user connectivity has never been more important."

SpaceX is proposing a couple of configurations for Gen2, including one with nine LEO altitudes ranging from 340 kilometers to 614 kilometers. A previous proposal would have Starlink launch its satellites across eight altitudes, ranging from 328 kilometers to 614 kilometers, CNBC notes. SpaceX's revised plan also aims to nearly double the number of satellites deployed in sun-synchronous orbit, allowing it to improve service to polar regions such as Alaska.

SpaceX has already launched about 1,740 first-gen Starlink satellites that serve more than 90,000 users. SpaceX envisions a constellation of nearly 30,000 satellites with Gen2, holding that the use of multiple inclinations would more evenly spread capacity by latitude, "ensuring better, more consistent global coverage."