OneWeb got a little closer to the stars  and to switching on its commercial satellite Internet service by the end of the year, by launching and making contact with 36 more satellites overnight.

This latest hop to orbit aboard a Soyuz rocket, operated by France's Arianespace out of the Vostochny Cosmodrome in Russia's Far East, means OneWeb now has 182 satellites in its in-orbit constellation, part of a planned 648. "We are over the moon about another successful OneWeb satellite launch," said the UK's Department for Business, Energy and Industrial Strategy in a tweet. 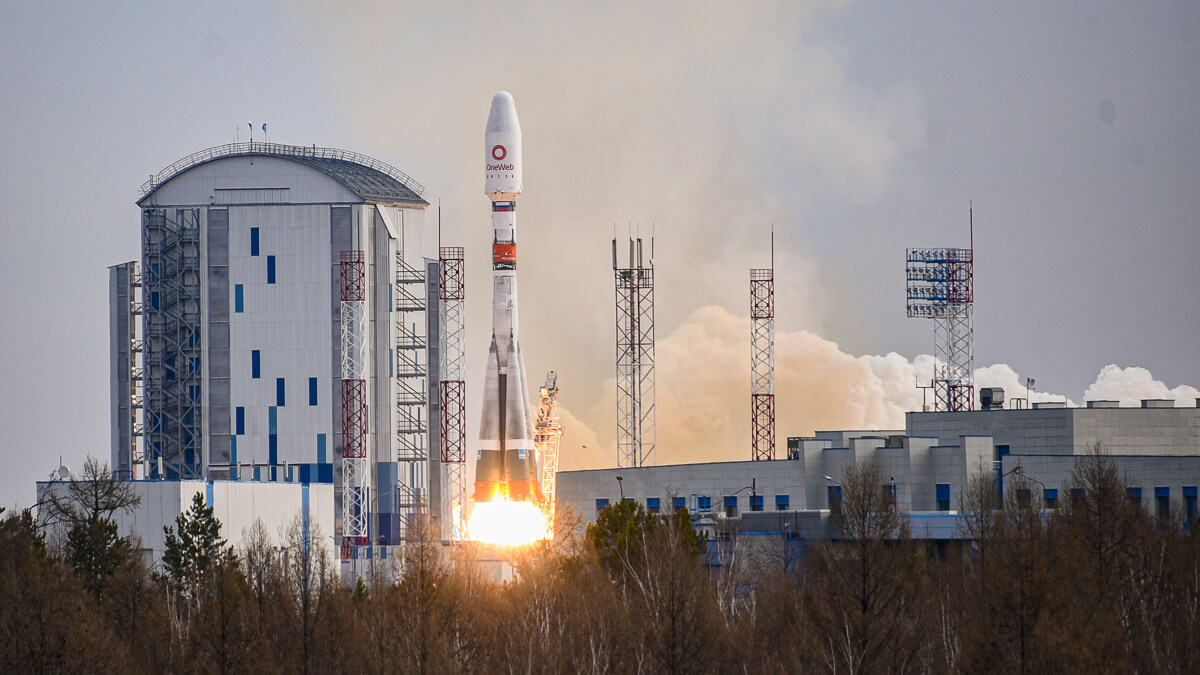 OneWebs sixth launch, carried about by Arianespace from the Vostochny Cosmodrome, takes it to a total of 182 LEO satellites. (Source: Roscosmos, Space Center Vostochny, TsENKI)

The UK government and India's Bharti Global each plumped roughly $500 million into OneWeb at the end of last year to rescue the company from bankruptcy, after its primary backer SoftBank pulled out. SoftBank returned to take a 30% stake, worth $350 million, after the rescue.

Meanwhile, in the great satellite Internet stakes, Elon Musk's SpaceX, has 1,379 satellites in orbit: it's launched 1,443, but deorbited 64 of these. And in third place, Amazon plans a constellation of 3,236 satellites, of which it has launched none. It has, though, inked a contract with United Launch Alliance to ferry up the first nine rocket loads.

OneWeb is aiming to get its top-of-the-northern-hemisphere service up and running first, switching on coverage north of 50 degrees latitude by June 2021. It's now 60% of the way to this goal, which would see the service include amongst other places the United Kingdom, the Nordic countries, continental Europe north of Prague and most of Canada.

This means OneWeb has cleared the third of five launches in its "five to 50" plan, says OneWeb's CEO Neil Masterson. Masterson's company then plans worldwide coverage by 2021.

Meanwhile, Starlink, which rolled out its "Better Than Nothing" beta to some customers in late 2020, may have continuous coverage by midsummer through at least most of the populated world  say, apart from Oslo and Reykjavik, and researchers on Antarctica. It will have got there after 28 launches.

What this does start to mean is that there may be two reasonably functional satellite Internet companies, covering pretty big swatches of the globe, up and running by the end of this year. That starts looking something like a market. Especially with Amazon's Project Kuiper and a to-be-announced EU space-based Internet project in the offing as well.

Countries like India are paying close attention, after the pandemic revealed how many people in the world's more remote corners still lack broadband. Seventy-five percent of India's rural population has no access, in a country where 4G services have a 63% reach and mobile data rates are among the world's lowest.

There are in fact so many Internet satellites in orbit that SpaceX and OneWeb have been bracing off about whether two of theirs had a near miss recently. SpaceX says there wasn't. But OneWeb's Chris McLaughlin, on the Brit side, quoted Mandy Rice-Davies, a Welsh model involved in the 1960s Profumo affair: "They would say that, wouldn't they."

Want to know more about satellite? Check out our dedicated security channel here on
Light Reading.

Viasat, Hughes Network Systems and Boeing are complaining to US and European regulators that Starlink's constellation is blocking their own devices' signals, and putting their satellites at risk of collisions. Nasa and SpaceX, for their part, signed an agreement setting up a much deeper ongoing relationship to avoid collisions between Starlink satellites and, for example, the International Space Station.

That agreement seemed structured so that Nasa could easily use it as a template for agreements with other satellite constellation operators.

So for a place that's mostly empty vacuum, space is filling up pretty quickly with telecoms.