Satellite's original investors must have chuckled when they first saw Lethal Weapon. One short scene from the 1987 movie shows Danny Glover using a Nokia Mobira Talkman, an ancestor of today's cellular phones that came as a handset wired to a portable radio box. It was clearly not for slipping into a jacket pocket. Resembling carry-on luggage for a budget flight, the box apparently weighed about 11 kilograms.

It was around this time that Bary Bertiger, Ray Leopold and Ken Peterson, three engineers at Motorola, began working on a satellite-based system they hoped would revolutionize communications. The aim was to provide a mobile connectivity service that anyone in the world could use with a relatively lightweight handset. Iridium, as the project was eventually named, would make the Nokia Mobira Talkman look as anachronistic as the steam engine.

By the late 1990s, the Lethal Weapon footage did look ridiculous, but not because of Iridium. Cellular technology had quickly improved, and mobile phones were no longer a physical workout or an unusual accessory. Rather, it was an Iridium device that looked clunky and expensive. Given the exorbitant costs of developing satellites and flying them into space, Iridium was doomed. By 1999, it had filed for bankruptcy.

But the industry's obsession with satellites went on. Iridium was quickly resurrected, albeit in diminished form. Today, there are probably more satellite ventures than ever before. Nearly all are plugging the gaps that cellular cannot fill, providing connectivity at sea or in remote areas. Yet there are still investors whose own brains seem to be perpetually in low-Earth orbit. And the zaniest of them all is undoubtedly Elon Musk.

Reaching for the stars

The eccentric billionaire behind Tesla and SpaceX has already launched 1,500 satellites into space under his Starlink project. Musk's grand plan is to use satellite to provide broadband connectivity in areas that neither cellular nor fixed-line communications technologies can economically reach. Last week, he estimated the entire scheme might cost as much as $30 billion. "Step one is not to go bankrupt," he told Mobile World Congress, an industry tradeshow.

Judging by the numbers he shared at the time, bankruptcy would seem to beckon. According to Musk, Starlink is targeting between 3% and 5% of the world's population, giving it an addressable market of roughly 233 million to 388 million people. Only a tiny fraction of these will be able to afford service fees of $100 a month, however, not to mention a satellite dish that costs $500. Starlink will also face competition. 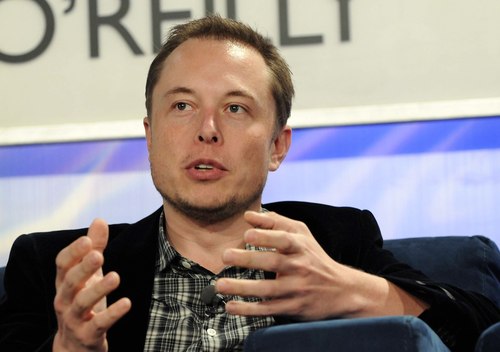 Elon Musk reckons Starlink may cost up to $30 billion.

Today, there are just 70,000 Starlink customers and Musk's most optimistic projection is that it will have 500,000 by this time next year. He has put the overall investments required in the system at between $20 billion and $30 billion. Starlink, moreover, is losing money on the customer premises equipment (CPE), which costs it $1,000 per unit. "Selling terminals for half price is not super compelling at scale," he said last week.

Even if Starlink does acquire 500,000 subscribers by mid-2022, it would generate only $600 million in annual service revenues, $250 million of which would be needed in year one just to break even on CPE hardware. Starlink expects to provide global coverage by August this year (excluding the North and South Poles), which means prospective customers would not have to wait beyond that date for a service. Without a sharp fall in service fees or hardware costs, or unless Internet-addicted millionaires suddenly flock to rainforest and mountaintop retreats outside terrestrial coverage, customer growth seems bound to have slowed by this time next year.

Musk sounds confident that Starlink will be able to slash the dish price to around $250 or $300 in future, implying he expects a reduction in the manufacturing costs. But even if Starlink could attract 1 million customers, it would generate only $1.2 billion in annual service revenues. Breaking even on a $20 billion investment could take years.

Not all that investment will be upfront, of course. Musk reckons Starlink will be able to generate positive cash flow after it has invested between $5 billion and $10 billion. But that is still an astronomical figure, and Starlink will have to keep spending just to stay ahead of rivals, Musk acknowledges. "You keep investing after that point in order not to be made irrelevant by continued improvements in cellular or lower-cost geosynchronous satellites."

Improving the lot of mankind

How does he expect to succeed where so many others have failed? Partly, it seems, by ensuring his low-Earth orbit satellite technology is more advanced than its predecessors or rivals. Not even the US military has a phased-array system that measures up to the capability of Starlink's, according to Musk. "You can switch from one satellite to another at a microsecond level and can't tell when the system is switching  there is no change in latency or jitter."

Starlink can also  quite literally  piggyback on SpaceX, Musk's rocket company and Starlink's parent. Its development of reusable boosters for launching rockets into space means "the cost of mass orbit is the lowest it has ever been," says Musk. Those boosters allow Starlink to recover about 70% of the launch cost and Musk thinks it can do even better. Starship, a SpaceX project, promises an entirely reusable launch system fueled by low-cost methane.

None of this appears to change Musk's estimate that investments in Starlink could reach $30 billion, and they will not affect the size of the addressable market or even the willingness to pay for a Starlink service. One potential opportunity that might boost revenues is offering Starlink to mobile operators as a "backhaul" service, providing connectivity between 5G basestations and the core. Musk already claims to have two such deals.

Starlink might also be able to thrive if it can attract customers in areas where there is already 5G or fiber availability, effectively luring subscribers away from mainstream telco technologies. To do this, however, it would need to beat those technologies on performance, undercut them on price, or both. Advertised at between 50 Mbit/s and 150 Mbit/s, the "beta" service already available sounds competitive in many markets. The monthly service fee of $100 seems less so.

Earlier reports have suggested Starlink could eventually generate about $30 billion in service revenues annually, making it roughly the same size as BT, the UK's biggest operator. But realizing that at today's rates would require up to 25 million customers, depending on the amount of wholesale business. That is a dramatic increase on the 500,000 Musk is targeting in the next year.

Beyond what he has disclosed at MWC and previously, the Starlink business case is largely hidden from view because SpaceX is not publicly listed. It can, however, count on some deep-pocketed investors, including Google, as well as some lucrative space contracts with the US government.

Musk, arguably, is not even thinking about the economics. He is, first and foremost, an inventor and a visionary, driven, in his own words, by a desire to "maximize the probability the future is good." Someone whose big dream is to colonize Mars seems unlikely to be motivated by the same considerations as a typical investor. From his perspective, Starlink is conceivably about solving humanity's long-term problems, not making a return.

Anyone in satellite communications for the money would be advised to check out Iridium. More than 20 years since it was brought back from the dead, the company that set out to revolutionize communications is currently valued at just $5.2 billion. Last year, it made a $56 million loss on revenues of about $463 million. Lofty satellite plans have a habit of crashing back to Earth.