It's Starlink, but for the Internet of Things. Switzerland's Astrocast is developing tiny satellites to deliver Internet access to smart devices. It is a growing space, with more than a dozen startups vying for position. 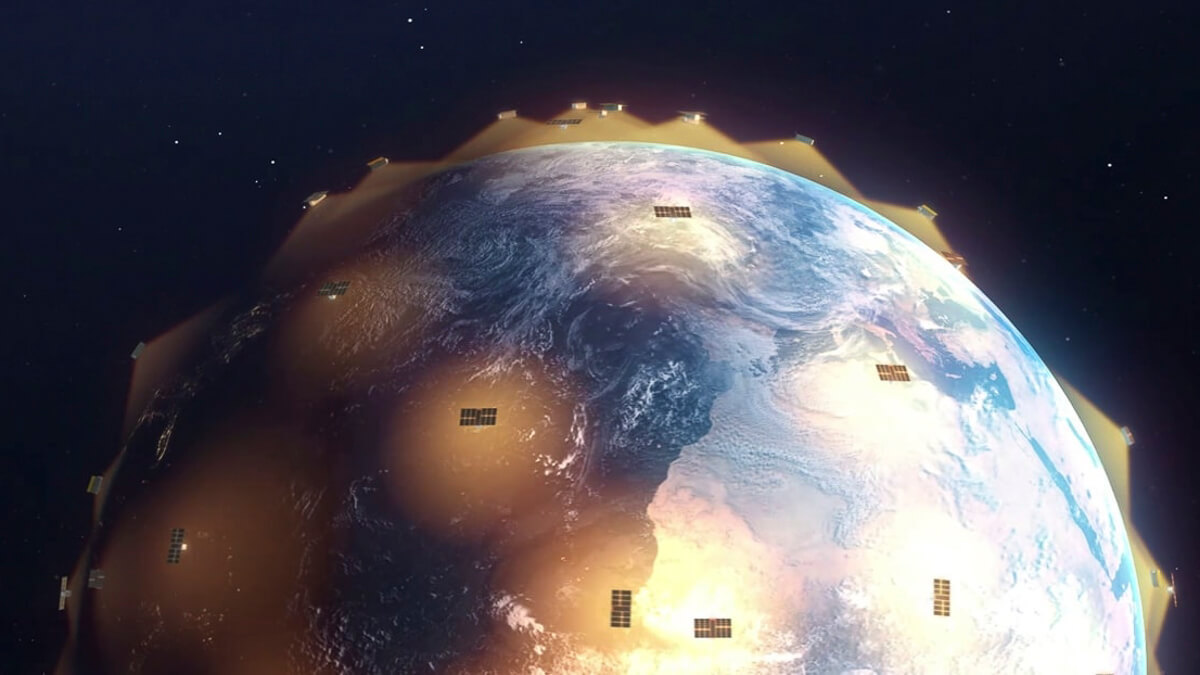 The idea of picosatellites and nanosatellites providing everywhere, all-the-time connectivity, for everything from shipping containers and cars and cows, has fueled a new race to space. Startups joining the new field include Palo Alto-based Swarm Technologies, which now has 36 of its planned 150 SpaceBee picosatellites already launched.

Another Palo Alto startup, Skylo, has this month teamed up with the UK's Inmarsat to use its existing satellites to deliver commercial narrowband IoT-over-satellite. Skylo has been hard at work with dealmaking lately. It also struck a deal last month with Japan's SoftBank Corp to launch satellite communications services for Internet-connected commercial IoT in Japan next year.

Any chance of a liftoff

At work here are miniaturized electronics thanks to smartphone makers, as well as companies like SpaceX driving down launch costs with reusable boosters and 3D-printed engines. Cubesats are cheap, small and capable.

Falcon 9 has become such a go-to provider of lifts into space, the US Space Force used one of its reusable rockets to ferry the 32nd satellite of a new GPS 3 constellation into space last week. It was the fourth launch of a military GPS 3 satellite under the National Security Space Launch program, which sees the most valuable US military satellites launched into orbit by the commercial sector.

Meanwhile Swarm, Astrocast and a third Internet-of-things provider called Kepler all hitched a ride into space aboard the same Falcon 9 rideshare in January. Altogether that trip launched 143 small satellites for a wide range of customers.

Terrestrial IoT networks only cover 10% of the planet, says Astrocast, which went live in January with a launch of five satellites on a SpaceX Falcon 9 rocket. The Lausanne-based company hopes these will be joined by a further seven on Friday. It plans a constellation of 100 satellites, says Fabien Jordan, the company's CEO.

Providing IoT to remote locations like Siberia or the Pacific doesn't require much in the way of data speed or packed downloads. These devices, which may just need to send or receive just a few packets of data, could be well served by low-earth-orbit networks offering relatively low-data rate transmissions. Jordan helped build Switzerland's first satellite, SwissCube, launched in 2009. A handful of SwissCube alumni began working on the Astrocast project in 2014.

The company, backed by Airbus, the European Space Agency and a New York venture capital firm called Adit Ventures, is moving ahead with a private placement round ahead of a listing on the Euronext exchange in the third quarter. Early interest in their product, says Jordan, has ranged from carmakers to maritime buoys, to smart water meters in the Middle East,

Astrocast has also benefited from a new infrastructure of companies serving smallsats, including Italian ground segment provider Leaf Space (which, incidentally, has Swarm as a client too).

But one danger is the growing number of low-earth orbit startups could eventually be a victim of their own success. With SpaceX continuing to launch both its own satellites and third-party units, Nasa notes there are "millions of pieces of space junk" in low orbit.

This junkyard will just increase as more and more constellations of satellites catch rides into orbit.

It's even made SpaceX consider whether it might need to branch into the low-earth-orbit equivalent of tidy towns, picking up other people's dead rock bodies, president Gwynne Shotwell admitted in October.