Letter-writing and the old-fashioned telegraph could stage a comeback in Russia. Just a day after Ericsson said it would suspend its business there "indefinitely," Finnish rival Nokia has gone even further, revealing plans this morning to exit the Russia market. Amid reports that China's Huawei is also suspending Russia activities and furloughing staff, local networks may effectively have nowhere left to turn.

While both the Nordic vendors had already halted deliveries to Russian customers to comply with recent US sanctions, they had continued to maintain some Russian operations. In Nokia's case, that included research and development (R&D) facilities, raising the possibility that products sold to Western clients were developed partly inside Russia. In an age of cyberattacks, that is likely to have provoked unease. 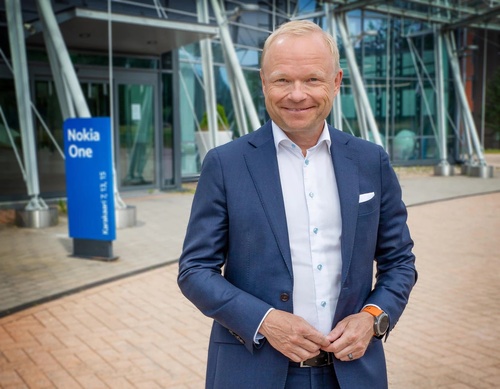 Those facilities and jobs will now be moved outside Russia, according to a Nokia statement issued this morning. Nokia had previously revealed to Light Reading that it employs about 800 people in Russia  out of an international workforce comprising 87,927 people last year  and generates about 2% of its revenues there, meaning roughly 450 million ($489 million) in 2021.

It does not expect the decision to affect this year's financial targets but will incur a 100 million ($109 million) cost in the first quarter. That is not dissimilar to the $95 million provision that Ericsson announced yesterday when it said it would indefinitely suspend work and put Russia-based staff on paid leave.

The Finnish vendor plans a complete withdrawal from the Russian market, Light Reading has learned, meaning all 800 jobs there will ultimately disappear or be transferred outside Russia. This will not happen quickly, though. In its statement, the Finnish vendor says it has applied for licenses to continue supporting Russian networks so that modern-day communications systems do not simply vanish for ordinary Russians overnight. This, it reasonably points out, would restrict information flows to Russians and make life even harder for people caught up in Vladimir Putin's war. At the same time, Nokia wants to ensure any redundancies are as painless as possible for affected staff.

The jobs that seem to be at immediate risk include around 160 R&D roles in St. Petersburg, according to a source. Staff there have apparently been informed the site will close and that employees will be offered a "relocation package." The expectation is that R&D jobs will be moved to Finland.

In the meantime, reports have been circulating that Huawei has also suspended orders and put staff on paid leave. The Chinese vendor continued to serve Russian clients after Ericsson and Nokia downed tools in late February but is said to be worried about the US threat of "secondary sanctions." Huawei did not respond when approached by Light Reading.

The Chinese vendor has already been cut off from US components and chips made with US software and machines. Huawei's international sales plummeted 30% last year because it was unable to procure semiconductors and software it needs for its devices business. It eventually sold Honor, a smartphone division, along with a unit that made servers.

One risk of remaining in Russia may be the loss of customers in other, more lucrative markets. Somewhat like fast-food chain McDonald's, which eventually closed stores after days of negative publicity, Huawei could fear boycotts by consumers and operators in Western Europe. While facing bans in countries such as the UK and Sweden, it is still a major supplier throughout the region, counting Deutsche Telekom, Orange and Vodafone among its largest non-Chinese clients.

Losing permanent access to Ericsson, Huawei and Nokia would be a disaster for Russia. Dell'Oro, a market research firm, reckons Ericsson and Nokia account for between 40% and 60% of the Russian market for radio access network (RAN) products, and newspaper reports put Huawei's share at between 30% and 40%. According to Dell'Oro, Russia spends between $600 million and $700 million on RAN products annually, accounting for between 1.5% and 2% of the global market. In the fixed-line sector, meanwhile, Nokia is the only big non-Chinese supplier of equipment.

Suggestions all this could be a boon for ZTE seem wide of the mark. The smaller Chinese vendor is highly dependent on US components and has already been in trouble with US authorities for selling products to Iran and North Korea. US penalties nearly drove it out of business a few years ago. Violating the latest sanctions against Russia would potentially be suicidal.

Others see an opportunity in Russia for open RAN. That newish concept aims to promote interoperability between different parts of the RAN and is therefore seen as a boost for specialists that have previously struggled to compete against the equipment giants. Unfortunately, for Russia, most of the essential components still come from US companies. Nor do Russia's existing networks have compatibility with open RAN specifications.

Update: This story has been amended since it was first published to clarify that a complete exit from Russia is planned.