Charles Koch's involvement in Mavenir has turned into a bit of a public relations nightmare for the US software company. The controversial American billionaire made a $500 million investment in Mavenir about a year ago. Loathed by American Democrats for backing supposedly right-wing causes and apparently funding the 13 Republican senators who attempted to overturn Joe Biden's election victory, he has more recently been slammed for continuing to do business in Russia after Vladimir Putin's invasion of Ukraine.

In late March, Koch Industries, the conglomerate Koch owns and manages, was the focus of a scathing Washington Post opinion piece entitled "Koch Industries' valentine to Vladimir Putin." While other companies were quick to exit Russia on principle, it said, Koch was among eight US corporations that refused to budge, according to a list cited by the report and maintained by Jeffrey Sonnenfeld at the Yale School of Management. 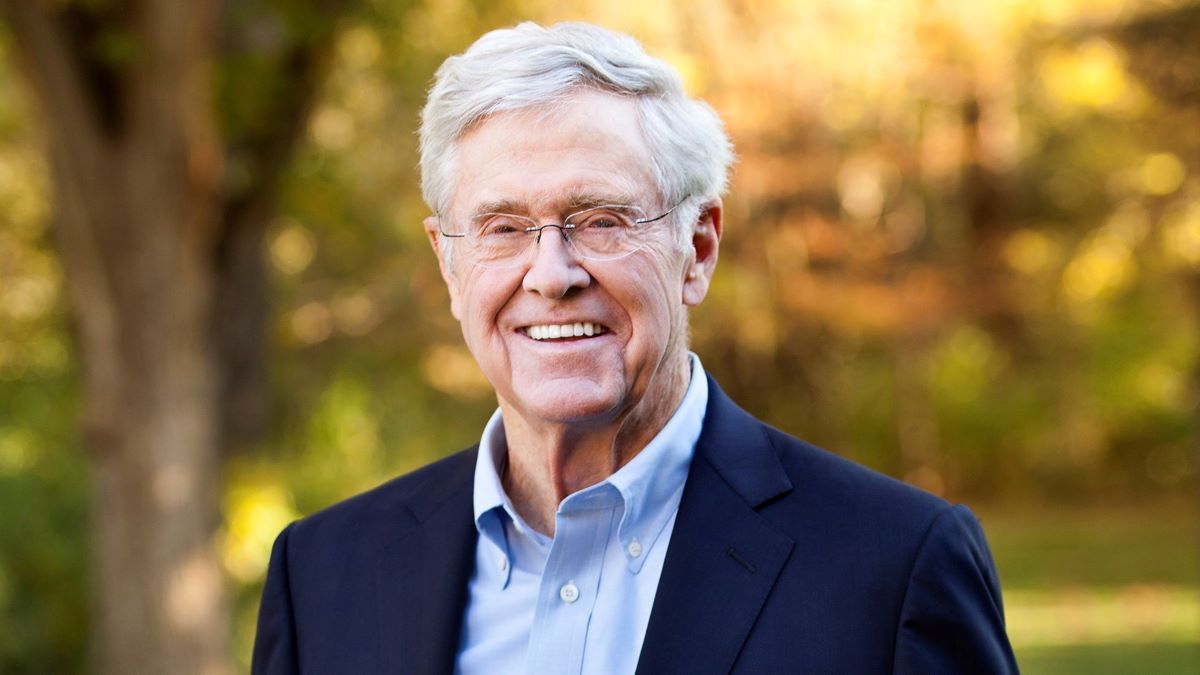 Much of the furore is about Guardian Glass, a Koch-owned maker of glass products with facilities in Russia. Koch's initial response to the outbreak of war in Ukraine was to issue a statement arguing that a Guardian shutdown would serve only to benefit Putin. "While Guardian's business in Russia is a very small part of Koch, we will not walk away from our employees there or hand over these manufacturing facilities to the Russian government so it can operate and benefit from them," it said.

That obviously prompted accusations the "ghastly" Koch (as he has been described on Twitter) cared only about company profits. After reams of negative publicity and a tightening of Western sanctions, the message had changed by late April. Koch, said Dave Robertson, the group's chief operating officer, was trying "to find an exit strategy that maintains our commitment to employees' safety and does not result in the Russian government taking over the plants and financially benefiting from them." He also insisted that all other Koch companies  none of which have assets in Russia  have either ended or will end business activities there.

None of this has silenced the critics. Updated today, Yale's naming-and-shaming list says Koch Industries is "still operating in Russia." Outside Guardian Glass, however, Koch claims to employ only 15 people there. It has also argued that staff at Guardian Glass, which employs 600 people in Russia altogether, were threatened with imprisonment by Russian authorities if they attempted to shut down operations on Koch's orders. This hardly sounds implausible. It is easy to believe other companies faced similar threats but withdrew anyway  worried more about protecting their corporate reputations outside Russia than their employees in the country.

Mavenir is guilty by association with Koch, as far as some members of the Twitterati are concerned. Russian exits by other telecom vendors leave Mavenir "in a prime position to scoop up all contracts," wrote one. "Seems like their business model allows for profits over death?" he added.

Definitely agree, others like Nokia and surprisingly even Huaweii are completely exiting Russia, which leaves Mavenir in a prime position to scoop up all contracts. Seems like their business model allows for profits over death?

Ignoring the fact it cannot substitute for the likes of Ericsson and Nokia, Mavenir is not under the control of Koch Industries or Charles Koch personally. It announced the $500 million injection of funds several months after scrapping plans for an initial public offering that was expected to raise up to $300 million. The details of its prospectus appeared to value Mavenir at around $1.7 billion, given the midpoint of its share price offering. On this basis, the $500 million stake would have left Koch with roughly 30% of the company. Siris Capital, Mavenir noted in its announcement about Koch's investment, was still the majority equity holder.

Mavenir has not helped its case by remaining relatively coy on Russia. It did not respond to a list of questions posed by Light Reading about its presence there, including whether it still employs staff in Russia and continues to work with Russian operators. According to LinkedIn data, however, there are just 18 people in Russia who name Mavenir on their profiles, out of 5,786 worldwide (Mavenir said it had more than 4,100 employees in its IPO prospectus of October 2020). It has previously sold software to MTS and VimpelCom, two of Russia's biggest operators.

Its only official statement regarding Russia came on April 21, weeks after the Ukraine invasion had started, when it said EU and US sanctions made "business as usual" in Russia an impossibility. Mavenir then went on to say it was "unable to determine how long these events will continue" and "operating within the compliance of EU and US laws" in the meantime. Sources have taken that to mean nothing has changed.

Other telecom vendors have clearly adopted a much stronger line. Today's legal framework would allow Nokia to continue operating to a limited extent in Russia, the Finnish equipment giant is understood to believe. Regardless, it plans a total exit from a market where it generates only 2% of group revenues, probably because the risks of staying there outweigh the benefits.

But Nokia's withdrawal is not expected to happen overnight. Pulling out immediately would be irresponsible on humanitarian grounds, it said in its own statement. Accordingly, it has applied for licenses that will allow it to continue supporting networks in compliance with sanctions for the foreseeable future. While it is no longer selling products to Russian customers, this qualification would have been received very differently  it is fair to assume  were Nokia an American firm owned by Koch.

The billionaire's critics rounded on him quickly in mid-March after tweets by Dan Caldwell, the vice president for foreign policy at a group called Stand Together, described by the Washington Post as "an umbrella group for the Koch network." Caldwell's Twitter crime was to write that "broad-based economic sanctions rarely achieve their desired policy outcomes." That would seem a reasonable point if it were made in a calmer setting, by an objective party. From a Koch affiliate, it sounded like an argument against rules that would harm Koch's business interests. As with so much in today's climate of increasingly polarized political debate, nuance has been the casualty.

🧵The @stand_together community supports targeted sanctions against Russia in response to its immoral invasion of Ukraine. We also believe that sanctions are a legitimate tool of statecraft. However, broad-based economic sanctions rarely achieve their desired policy outcomes(1/3)