BMW designs a new car that makes other vehicles resemble a dirty, sputtering and yet overpriced assemblage of old scrap. It's clean, cheap to run and more ergonomic than a remote-control, beer-dispensing La-Z-Boy, and it looks better than your high school sweetheart. Sales explode. BMWs replace smartphones as the must-have gadgets of the day. Within weeks, roads are gridlocked, and transport infrastructure is creaking. Rounding on BMW, authorities demand fair contribution from the German car company to pay for improvements.

Yet the penalizing-BMW approach is now being proposed in the telecom sector by the organizations that build the roads. Blaming a handful of big Internet companies  the BMWs of the market  for a traffic explosion on their networks, Europe's telcos have for several months been urging European officialdom to act. Networks are groaning under the strain, like a rickety bridge loaded with cars, they insist. The carmakers should pay up. 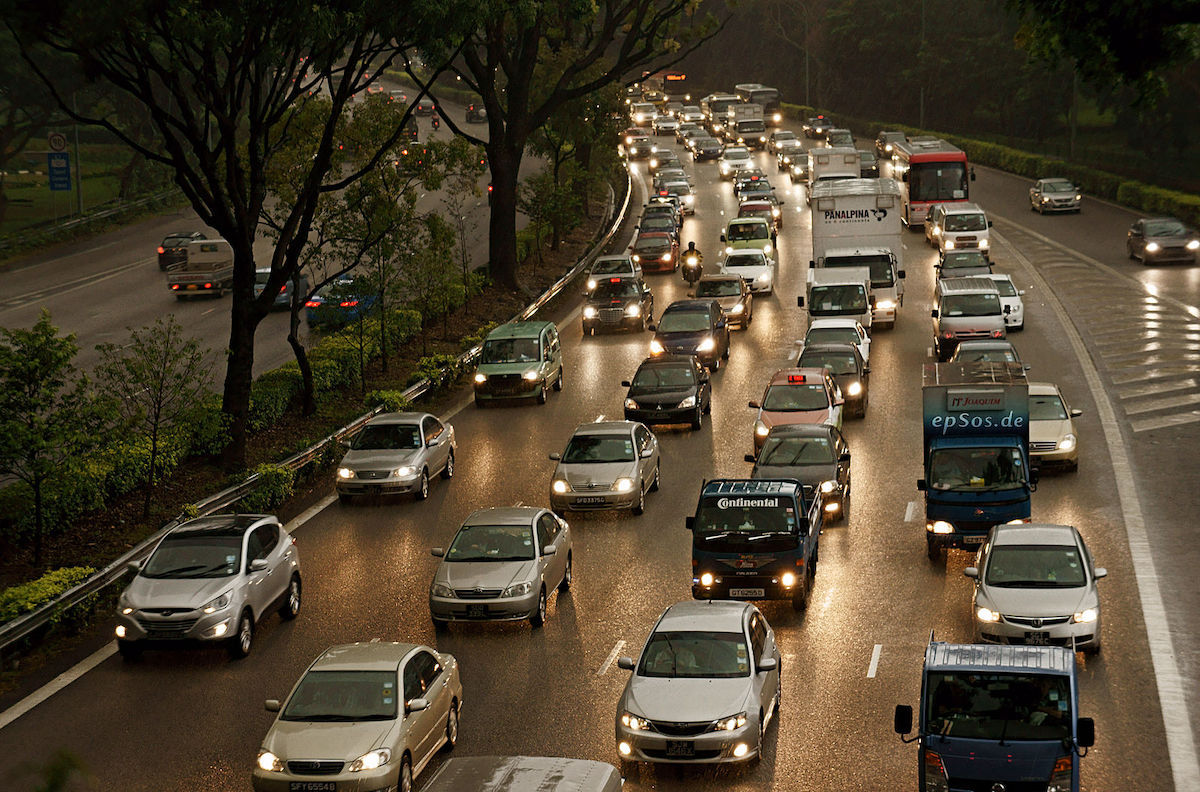 Are the carmakers to blame for scenes like this?
(Source: epSos.de via Creative Commons)

Telcos would undoubtedly not like the analogy. Nobody seriously holds BMW responsible for congested roads. They naturally blame the drivers. But the fallacy has taken root in telecom that Amazon, Netflix and other "Big Tech" gazillionaires are clogging up the networks, when the real culprits (if there is even any clogging) are the millions of broadband users.

Amazon's TV shows have no impact on networks while they are parked in the garages of its data centers. If its expensively produced Lord of the Rings prequel had been viewed by just a few hobbit lovers in New Zealand, it would have put about as much pressure on the network as a family car trip to the local supermarket does on the UK's transport system. It's only because millions of broadband users joyrode that show into their homes that it generated so much traffic. In the UK, one of BT's busiest-ever days for network traffic apparently came when a few top-flight soccer matches were streamed by millions of football-mad customers all at the same time.

In a more academic way, Analysys Mason reaches this conclusion in a recent report that essentially tells authorities to ignore the telco complaints. As the consulting and analyst firm points out, those demanding that Big Tech should pay usage fees to operators often refer to the old telco interconnect regime for justification. But the comparison is bogus, say the report's authors.

In the regulated world of voice calls, the operator of a customer making a call is billed by the network that receives the call. The logic is that networks must be compensated for handling traffic, even if they did not generate it. Otherwise, in a world where the calling party pays, networks that receive lots of calls but generate few could suffer financially. Of course, the problem usually disappears when market share is more evenly distributed between players.

Extreme imbalance is a characterizing feature of the relationship between Internet companies and telcos. A deluge of traffic flows from the former to the latter. A trickle goes in the opposite direction. Internet companies should therefore compensate telcos, goes the basic argument.

Trouble is, the Internet companies are not the "originators" of this traffic, says Analysys Mason in its report. The broadband customers are. The writers hedge their bets, saying "it is often hard to unambiguously identify the originator of a stream of traffic," but you can sense what they really think. Just a few lines later, they write: "Most of the traffic delivered over the Internet is content requested by users, at a quality level that the users themselves are asking for." The drivers of the BMWs, essentially.

The telcos should be careful about what they wish for. Rubbishing the argument that Internet companies don't invest in Internet infrastructure, Analysys Mason found they have spent about $883 billion in the last decade on hosting, transport and delivery networks. If telcos did get their way (and European regulators don't appear to be taking them very seriously), some of that investment would probably dry up. Internet companies forced to pay for network usage would be less inclined to spend money on caching content closer to end users, for instance. Network costs would rise. Smaller telcos might struggle.

This is really a jealousy tax, a crude attempt to redistribute wealth motivated by envy at the freedom and success of big Internet players. Amazon and Google don't have to meet anything like a universal service obligation. For years, they were entirely ignored by regulators. Today, they run planet-encircling businesses and face limited competition (check out Amazon, Google and Microsoft in the public cloud, for example). 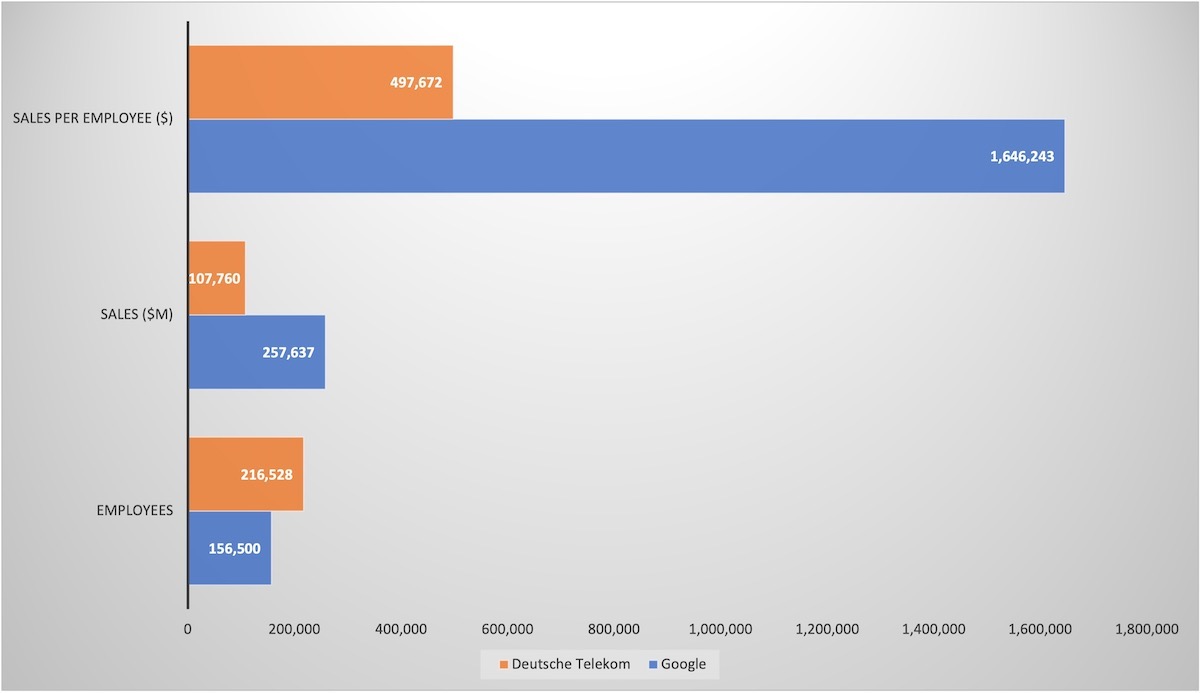 Europe's telcos cannot even push through national mergers, let alone create joined-up pan-European networks with resources concentrated in one or two countries. Last year, Google employed fewer people than Deutsche Telekom and made more than $1.6 million in sales per employee. The German operator made less than $500,000.

Europe is full of networks that don't cover their costs, according to recent research by Barclays. On a country level, the sole exception out of Europe's five biggest economies is Germany, the only market with three rather than four or more mobile networks. But with a fourth German network currently under construction, even that might change. If authorities really want to help the region's telcos, they should look closer to home, not at Silicon Valley.