A group of US senators wants to make it possible for the president to be able to ban the export of any US components or technology to Huawei Technologies, ZTE Corp. and any other Chinese telecom companies found to be in violation of US sanctions or export control laws.

The language of the bill does indeed call out Huawei Technologies Co. Ltd and ZTE Corp. (Shenzhen: 000063; Hong Kong: 0763) by name. It also includes "any other telecommunications company domiciled in the People's Republic of China (or any subsidiary or affiliate of such entities), excluding any subsidiary of a foreign company domiciled in the Peoples Republic of China." 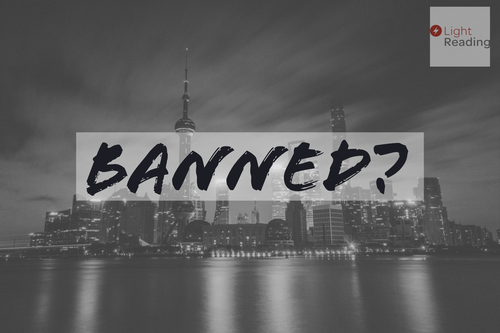 The US lawmakers sponsoring the bill noted that the legislation's introduction follows the arrest last month of Meng Wanzhou, Huawei's CFO, in Canada at the behest of US prosecutors on charges of violating US sanctions. (See China Slams Huawei CFO's Arrest, Huawei 'Not Aware of Any Wrongdoing' and Canada Arrests Huawei CFO  Report.)

"Chinese telecommunications firms like Huawei represent a growing threat to American national security," Gallaher said in a statement. "As state-directed enterprises, they ultimately report to the Chinese Communist Party and will be employed where and whenever possible to undermine American interests and those of our allies."

He said the proposed legislation sets a "simple standard": That any Chinese telecom company found to have violated US sanctions moving forward will be subject to the "same severe punishment originally imposed on ZTE" -- a reference to a $1 billion fine ZTE agreed to pay to the US last year over allegations that the supplier had violated US sanctions against Iran and North Korea. (See ZTE Fined Another $1B in Rescue Deal With US.)

"Huawei is effectively an intelligence-gathering arm of the Chinese Communist Party whose founder and CEO was an engineer for the People's Liberation Army," Cotton added in the statement. "If Chinese telecom companies like Huawei violate our sanctions or export control laws, they should receive nothing less than the death penalty -- which this denial order would provide."

The introduction of the bill arrives amid a report today in The Wall Street Journal that federal prosecutors are pursuing a criminal investigation of Huawei for allegedly pilfering trade secrets from US-based partners, including technologies used by T-Mobile US for smartphone testing., including a quality control 'bot nicknamed "Tappy." The WSJ said the probe was tied to civil lawsuits against Huawei, including one in which a Seattle jury found that the Chinese company was found liable for misappropriating robotic tech from T-Mobile's lab in Bellevue, Wash. The Journal reported that the criminal investigation is at an "advanced stage" and an indictment could soon follow. (See T-Mobile Accuses Huawei of Espionage.)

The bill also enters play after Huawei founder and CEO Ren Zhengfei told reporters Tuesday that Huawei would resist requests by the Chinese government to spy on its customers. (See Huawei Founder Fails to Put Minds at Rest and Huawei's CEO Denies Back Door Theory  Reports.)

Here's a rundown of the measures included in the Telecommunications Denial Order Enforcement Act introduced today: