SAN FRANCISO -- Incompas 2017 -- The FCC under new chairman Ajit Pai isn't just threatening to roll back Net Neutrality rules but also to give up its authority to resolve interconnection disputes, the chief advocate and general counsel for Incompas said today. Such a move could lead to renewed problems for competitive carriers and content providers trying to reach consumers through incumbent cable and telco networks, Angie Kronenberg said today.

Speaking on a Net Neutrality panel moderating by Incompas CEO Chip Pickering, Kronenberg was one of many voices raising the alarms on the impact of Pai's planned moves to roll back the imposition of Net Neutrality using Title II telecom service regulations. But she went further to say that the current Federal Communications Commission (FCC) will also surrender its role as a backstop to competitive carriers seeking help with interconnection disputes, which could produce a renewal of issues on that front. 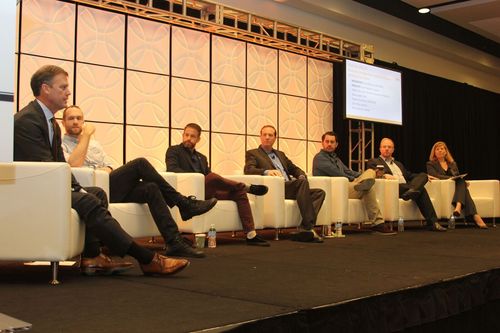 Such disputes were common in the 2013-2015 time frame, when companies such as Level 3 Communications Inc. (NYSE: LVLT) claimed broadband service providers were refusing to upgrade peering connections, and that was creating congestion issues for its customers, such as Netflix Inc. (Nasdaq: NFLX) and other content providers. The broadband ISPs disputed the claims, but the FCC under Chairman Tom Wheeler stepped up as a willing arbitrator, says Kronenberg. (See Net Neutrality Redux? FCC Probes Peering Problems.)

"These were not just commercial disputes, they were real-world conflicts," she said. "Consumers couldn't access content, and it wasn't just Netflix. It was really important that the Wheeler administration said, 'We are the backstop here -- come to us and we will help resolve it.' That gave companies more of an incentive to come to an agreement" and invest in upgrading interconnection facilities to handle the traffic.

This was also a period of time in which Netflix and others also started pushing their content closer to the edge of the network, which was another way of addressing congestion issues.

Kronenberg said the Pai FCC "is preparing to roll back interconnection oversight," surrendering jurisdiction the agency has had since the 1934 Communications Act and predicts that move will lead to renewal of interconnection disputes.

Not surprisingly, the large and diverse set of panelists was singing from the same songbook on Net Neutrality. Executives from Twitter Inc. , Mozilla and broadband access provider Sonic.net Inc. joined Evan Engstrom, executive director of non-profit tech advocacy group Engine, and Matt Fuller, president of the San Francisco Association of Realtors, in decrying the impact of rolling back Net Neutrality on the rate of innovation, the survival of startups, free speech and democracy in general.

Engstrom pointed out the falling costs of supporting Internet applications -- to $1,500 a month in 2010 from $150,000 in 2001 -- spurred explosive growth in startups and innovation. But even in that atmosphere, startups fail, he noted. If Net Neutrality leads to higher costs for startups, as expected, then a higher percentage won't make it -- and maybe won't even try.

"The average startup raises $70,000 from outside investors, so even a tiny increase in costs would have a massive impact on this sector," he said. "If you roll back protections and allow larger companies to purchase faster access or priority access, it will have a huge impact."

Fuller and Dane Jasper, CEO of Sonic, made the argument that people might use the Internet less if the environment is less open. More credibly, Jasper pointed to the ability of incumbent cable companies who control 70% of broadband access to charge tolls to content companies that a smaller operator such as Sonic won't have the leverage to collect. That tilts the playing field in the larger operators' direction. 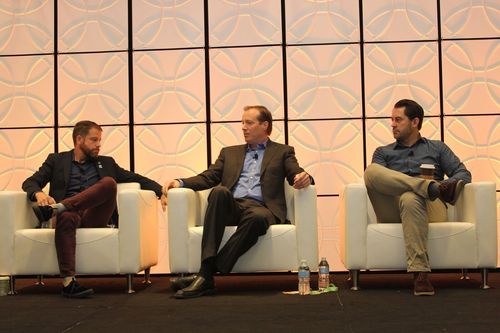 "It ossifies that incumbency -- those dollars can be used to support that incumbent's product, and we won't be able to get similar income," he said.

The entire panel agreed with moderator Pickering that the issue has become unnecessarily politicized in Washington, even as the vast majority of Americans polled -- including in a survey by Bryan Sanders, GOP political consultant and husband to the current president's press secretary -- continue to support Net Neutrality.

And while Congress could, in theory, pass a Net Neutrality law that would maintain the current Title II-based rules, few on the panel thought that would happen in today's environment.

"These issues are so important that we have to stop talking about fantasies," said Tom Tarantino, senior public policy manager for Twitter. "Congress is not passing a clean Net Neutrality bill. They are probably not even passing a budget. We have to live in the world we live in and fight for the one we want."

The best outcome, if Pai proceeds as planned to roll back the rules, will be an immediate and successful legal challenge of that move in court, said Chris Riley, director of public policy for Mozilla. Given that the D.C. Circuit Court approved the Net Neutrality rules passed under Wheeler, that seems likely.

Although, as Kronenberg pointed out, any appeal might be kicked to another court, with a less certain outcome.

I have to say that yes, there are plenty of options.  Sonic has been doing UNE-L style DSL and was doing the frequency splitting thing for a long time.  That is no longer competitive for many people.  So, they resell U-verse...but that is not a great business.  They have also done a FTTH build.  Those builds are the core growth of the business, but are very limited.  They have a basic problem.  They have to get a huge market share to justify laying fiber.  The problem is that DOCSIS 3.1 is available in the vast majority of the Bay Area.  They are having to live on the fill-ins.  They can't win that way in the long term.

NOTE:  Remember there is no unbundling requirements for FTTH or FTTC.

f_goldstein 10/17/2017 | 1:40:58 PM
Peering is not Interconnection To begin with, the title of the article, and presumably the underlying discussion, create confusion by using the term "interconnection" rather than "peering". They're not the same thing. Interconnection is what Title II common carriers do, and the rules for interconnection are based on the Telecom Act and FCC rules. Peering is something done among information service providers, who are not  under Title II (though Wheeler tried to expand that definition). It has never been regulated. Hence my definition of what a small-i internet is:

A voluntary agreement among network operators to exchange traffic for their mutual benefit.

That has always worked, but it also depended upon the Internet's not having a dominant incumbent who had no interest in interconnecting with peers at zero dollars. Hence it was a true market system. Peering smoothly evolves into "upstream" (paid) service as the second provider gets smaller. No arguing over whether or not you've got this or that certificate.

As the backbone consolidates (the death of Level 3 being rather catastrophic in this sense), the ability of the peering market to continue to operate is less certain. But since this is not properly Title II interconnection, it's the FTC who should be paying attention.

Sonic is a pretty large regional player, but they're not a backbone peer, so they should expect to pay a market (not monopoly) price for upstream service. Of course content providers have been gaming the regulatory system all along, so everybody joins in.
Reply | Post Message | MESSAGES LIST | START A BOARD

Carol Wilson 10/17/2017 | 12:50:46 PM
Re: The Lady Doth Protest Too Much, Me Thinks Don't Sonic customers have other options for service ? I thought they were competing with AT&T and Comcast and overbuilding, for the most part. Why wouldn't customers who find the pricing abusive just go elsewhere?
Reply | Post Message | MESSAGES LIST | START A BOARD

unbearable 10/17/2017 | 10:54:37 AM
The Lady Doth Protest Too Much, Me Thinks Sonic has proven, over the years, that it has no qualms nor difficulty assessing tolls on its subscribers - non-optional modem rentals/"insurance" and forced-bundling of dialtone yielding an extra $10+ taxes, all the while Dane Jasper excuses himself claiming "... industry standard practices" (in other words, "everyone else is doing it.")

But that isn't the worst of it.

This year, Jasper imposed a $10 tax on all DSL customers ... to benefit the elites in San Francisco who are fortunate enough to be on Dane's double-secret Fiber expansion list.
Reply | Post Message | MESSAGES LIST | START A BOARD

brooks7 10/17/2017 | 10:42:26 AM
Re: A matter of perspective My biggest challenge is that the current set of Net Neutrality rules have been in place for just a couple of years.  And yet, for about 2 decades we did not have them and had no real problems.

mendyk 10/17/2017 | 9:50:09 AM
Re: A matter of perspective Right -- it's exactly this kind of "the sky is falling!" rhetoric that makes reasonable dialogue about issues harder to achieve. We all know that realtors -- I'm sorry, Realtors -- will use any and all means at their disposal to find buyers. And really, redlining internet access actually works to their advantage in some less than honorable ways, although none of them would ever admit it.
Reply | Post Message | MESSAGES LIST | START A BOARD

Carol Wilson 10/16/2017 | 5:03:47 PM
Re: A matter of perspective Actually, I found their arguments on this front rather...uncompelling. Fuller said real estate agents might stop using the Internet to sell houses if it was harder to make sure all customers had equal access to seeing what they are putting out there. I find it hard to believe that genie will ever go back in the bottle.

mendyk 10/16/2017 | 4:44:48 PM
A matter of perspective "Fuller and Dane Jasper, CEO of Sonic, made the argument that people might use the Internet less if the environment is less open."