The stunning report by Axios that national security officials are considering a plan to take control of 5G networks in the US is so mind-boggling that it was hard for me to get past the initial shock and begin to make sense of the implications.

Then I realized why. There is no way to make sense of the implications. And more importantly, there's no way this proposal is going to get far enough for any of those implications to matter. (See Trump Could Nationalize 5G  Report.)

Forget for the moment that the team behind the proposal is suggesting that federal funds could pay for a national 5G rollout. As ridiculous as that sounds, by tying the recommendations to a national security objective, maybe some way, somehow there's an appetite to spend that kind of money.

Seems unlikely, but who knows?

What I find impossible to believe, however, is that the telecom sector -- with everything it has to lose and all the political power in its arsenal -- would EVER let this happen. Take away AT&T's right to capitalize on the next generation of wireless communications services? Not on your life.

All three Republican Commissioners in the Federal Communications Commission (FCC) have already come out unequivocally against the proposal. 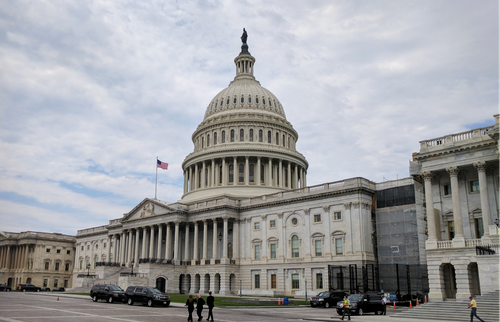 The telecom lobby has demonstrated its strength at the state level recently on the issue of small cell siting and other broadband attachments. Despite massive municipal backlash, roughly a dozen states have already passed legislation giving network operators virtually unfettered access to poles and other structures in the public right of way. The idea is to speed up 5G and other wireless deployments, but the method has local mayors furious about making way for private industry at the expense of protecting public interests.

Not only have telecom operators pushed their agenda at the state level, but now they're acting within the FCC to recommend similar policies nationwide. (See Pole Control Fight Gets Net Neutrality Nasty.)

And further, the Committee on Energy and Commerce Subcommittee on Communications and Technology in the House of Representatives is literally set for a hearing tomorrow that would consider prioritizing federal broadband funds for states that follow standardized siting guidelines.

Add to that most recent example the fact that Internet service providers have fought off financially concerning public subsidies in the form of municipal broadband legislation for years. Network operators haven't always been successful, but you only have to look at North Carolina and Tennessee to understand the limits of what muni broadband providers have been able to do in the face of telecom lobbying power. (See Is Wheeler's FCC Legacy Now in Doubt?)

Perhaps ironically, what the federal government is pushing for in the national security proposal is as much about speeding up 5G deployments as it is about actually centralizing network security. (Editor's question: Also why do we think centralizing is a good and practical idea here?) The report talks repeatedly about fears that China will get ahead of the US in 5G deployments IF SOMETHING ISN'T DONE!

On that front, network operators wholeheartedly agree with federal officials that the industry should be able to steamroll over any local objections to get new broadband equipment installed faster. But doing so in a way that instead puts control in the hands of the national government? The idea is literally laughable.

If security officials in President Trump's administration believe they're going to be able to take over a large part of the private wireless sector, they've got another think coming. This isn't an Eisenhower-era interstate project where the people being run over are everyday folks with little to no power. The people on the other end of the government's bulldozer here have bulldozers of their own.

kq4ym 2/12/2018 | 8:41:27 AM
Re: A Trial Balloon? It would indeed be an interesting situation if the government declared a need for natialization for homeland security issues. It wouldn't surprise me alhtough there would be a huge push against it of course, but who knows how such an issue would resolve in the end.
Reply | Post Message | MESSAGES LIST | START A BOARD

brooks7 2/1/2018 | 3:58:24 PM
Re: Trump Gives Motivation for Cisco to Buy Ericsson Cisco buying Ericcson is one of the worst ideas I have ever heard.  It would be an awesome way to destroy shareholder value.  The only way you can get this to work is lay off a huge percentage of the European (primarily Swedish) workforce.  Pretty sure Sweden is going to object.

Joe Stanganelli 2/1/2018 | 11:14:53 AM
Re: A Trial Balloon? @Duh: Well put. It's the NSC's very job to prefer policies that err on the side of national security. Doesn't mean that other executive agencies (let alone the President; let's be real, this is no more "Trump's proposal" than Operation Northwoods was JFK's proposal) are going to agree.
Reply | Post Message | MESSAGES LIST | START A BOARD

mendyk 1/31/2018 | 12:30:39 PM
Re: A Trial Balloon? Sounds like a mole hill has been turned into a mountain. More evidence that we need to take a collective deep breath -- and not forget to exhale.
Reply | Post Message | MESSAGES LIST | START A BOARD

Duh! 1/31/2018 | 11:28:19 AM
Re: A Trial Balloon? Wall St. Journal reported yesterday that the "leak" was from a presentation that a senior NSC staffer,  Brig. Gen Robert Spalding, floated at a Chamber of Commerce dinner. Apparently, it was not well received.

Gen. Spalding was a DoD attache in China before moving to NSC last year. This apparently is a hobby horse of his. If I were cynical, I'd say that he probably intended this program to be his post-retirement nest egg.

Now, why NSC staff are going out and floating sweeping, controversial economic policy proposals to the Chamber of Commerce, apparently without review or departmental consensus (never mind inter-departmental consensus),  is another question.
Reply | Post Message | MESSAGES LIST | START A BOARD

marjsdad 1/30/2018 | 9:18:15 AM
Nationalize 5G? We're going to turn our telecom future over to the same government who can't figure out how to keep our landlines from being swamped with robocalls and fraudsters? Please.
Reply | Post Message | MESSAGES LIST | START A BOARD

Joe Stanganelli 1/29/2018 | 11:50:46 PM
Re: A Trial Balloon? @Duh: Maybe not a hoax, but let's remember we're talking about a leaked memo about a proposal. Which is not even the first leaked memo about a proposal to leak out of the Trump White House recently.
Reply | Post Message | MESSAGES LIST | START A BOARD
Page 1 / 2   >   >>
EDUCATIONAL RESOURCES
sponsor supplied content
(eBook): 5G Testing for the Race to Revenue
Trends in the Communications Industry
How to Gain the Edge in the Fiber Broadband Boom
A new approach to billing for a new generation of customers
CBRS Spectrum and the Future of Private Wireless Networks
Smart Edge: Productizing Edge Deployment
Interview: Open RAN enabling CSPs to deliver on the promise of 5G
Keynote: Open RAN: The Next Step
Educational Resources Archive
More Blogs from MariNation
Time for an Edge Computing Reckoning