Nokia gets ready for a lunar private wireless network deployment

Roughly one year from now, Nokia and its partners may be running what is likely the coolest private wireless networking deployment in our galaxy.

In 2020, Nokia announced that its 4G equipment was selected by NASA to power a cellular network on the moon. Very recently, the company's work toward a SpaceX rocket launch to carry its equipment off our planet  a launch now scheduled for 2023  has gotten much, much clearer.

"Our system needs to survive the shock of the initial launch, but that's a relatively minor consideration compared to the shock generated by the separation of the rocket's stages," explained Nokia's Holly Rubin in a recent post to the company's Bell Labs website. "Unlike vibration, shock forces weaken with distance. At liftoff, the rocket's main engines generate tremendous forces, but the payload is at the top of the rocket where it is partially insulated from them. However, the rocket's remaining stages are much closer to the payload. So when those stages separate, generating large shock events, our network equipment will definitely feel the effects. Finally, when the nose cone that protects the payload during liftoff is ejected, the equipment will experience another big jolt."

According to Rubin and other Nokia executives, that shock is just one of the dozens of unique problems that Nokia is working to address before liftoff. Other issues the company's private wireless network will need to deal with? These include lunar dust, cosmic radiation, and temperatures down to -100⁰C. Also, there's the vacuum of space, which could be a problem because network equipment sometimes contains unsealed liquids, which would boil off into the void once exposed.

"It's critical we get it right," Rubin wrote. "A single malfunctioning component could mean the difference between mission success and failure." 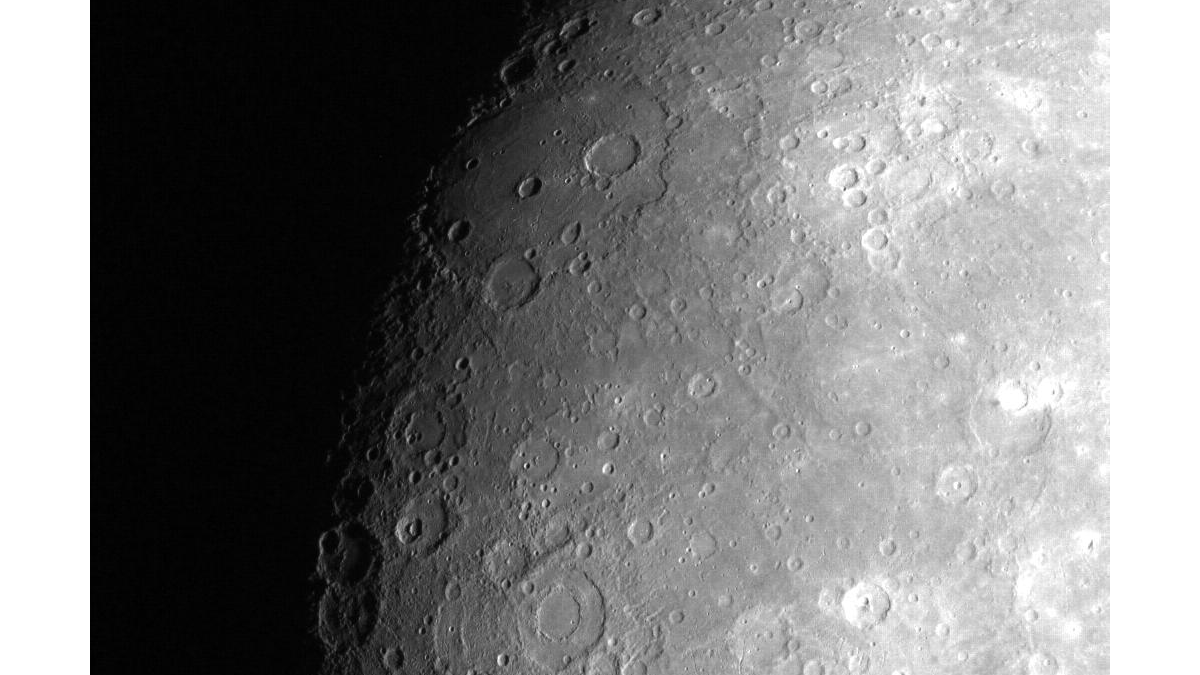 This view of the north polar region of the Moon was obtained by NASA's Galileo camera during the spacecraft flyby of the Earth-Moon system on December 7 and 8, 1992.
(Source: NASA)

Nokia isn't the only NASA partner preparing for the mission. Intuitive Machines, the company building the mission's unmanned rovers that will use the Nokia LTE network, recently filed a testing request to the FCC for communications in the 1700-1800MHz spectrum bands.

"Intuitive Machines in conjunction with Nokia needs to test an LTE based radio unit intended for short range communication on the Moon," the company wrote in its application for tests in Houston, Texas. "The units we are testing are precursors to ones that will provide surface communications between the IM-2/Nova-C unmanned lunar lander (part of the NASA CLPS program) and deployed vehicles on the lunar surface at short range. Two user (UE) units will be used on the Moon, in conjunction with one base station (BTS). For our test 1x or 2x UEs will interact with 1x BTS."

The incredible deployment was most clearly explained by NASA's Hillary Smith late last year. In a lengthy article on the agency's website, Smith explained that Intuitive Machines is basically building ice-mining robots that will wander around the moon up to 1 mile away from the agency's lander. "The rover will communicate to a base station located on Nova-C, and the lander will communicate data back to Earth. This demonstration could pave the way for a commercial 4G/LTE system for mission-critical communications on the lunar surface. This includes communications and even high-definition video streaming from astronauts to base stations, vehicles to base stations, and more," Smith wrote.

The robots will drill a bunch of holes, up to three feet deep, to look for water. "Advancing these types of technologies are critical to establishing a robust, long-term presence in deep space, including at the Moon as part of the agency's Artemis missions. Simply operating and drilling into the tough lunar surface will provide valuable insight to engineers for future lunar missions, such as the Volatiles Investigating Polar Exploration Rover, or VIPER, mission, which is slated to land at the lunar South Pole in late 2023," Smith wrote.

Nokia, of course, is a loud proponent of the private wireless networking opportunity  whether 4G or 5G  here on Earth. The company has speculated that the market could eventually span up to 14 million sites globally, or roughly double the current market for commercial sites. Nokia's early, terrestrial private wireless networking deployments range from trains in India to container cranes in Indonesia.

None of those deployments, nor any of the private wireless network use cases we've heard to date, sound nearly as cool as connecting ice-mining robots on the moon.