LTE Evolution Lays the Foundation for Success in the 5G Era 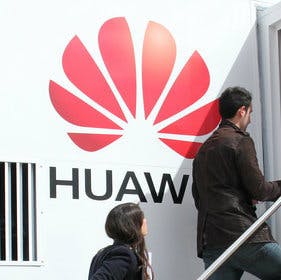 Partner Perspectives Huawei 2/26/2019
LTE Evolution Lays the Foundation for Success in the 5G Era As commercial deployment of 5G networks begins, LTE, a foundation network in the 5G era, has ushered in another round of explosive growth. China Mobile obtained an FDD license in 2018 and will roll out FDD-LTE networks across China. In February 2019, China Unicom completed a tender for 416,000 LTE base stations to improve network coverage on the 900 MHz band and expand site capacity, laying a foundation for 5G deployment. British telecoms giant BT Group has been extensively deploying LTE networks before 5G commercialization and has planned to boost LTE geographic coverage from 90% in 2018 to 95% by 2020.

On the path to 5G commercialization, an increasing number of operators have recognized the importance of building a high-quality LTE network to business success in the 5G era.

1. LTE will replace 2G and 3G as the foundation network for voice, data, and IoT services, improving operation efficiency in the 5G era.

In the 5G era, we will witness the coexistence of 2G, 3G, 4G, and 5G. According to statistics, the proportion of operating expense (OPEX) to operator revenue increases by 10% for every new radio access technology (RAT) introduction. Coexistence of multiple RATs results in high OPEX. Moreover, 2G and 3G network revenue is declining. In some cases this means some operators cannot offset their OPEX on them. Migrating 2G and 3G services and spectrums to 4G networks with higher spectral efficiency is an inevitable trend for 5G-oriented evolution. This can reduce O&M costs and improve operation efficiency.

Thirty operators, including NTT Docomo, Korea Telecom, and AT&T, have shut down their 2G or 3G networks, and another ten-plus operators have announced their plans to shut down 2G or 3G networks in the next five years. In addition, the terminal industry has prepared for the migration of 2G and 3G services to 4G networks. VoLTE-capable feature phones have been launched at a price of lower than 20 USD. As IoT services are difficult to migrate, NB-IoT networks have been widely deployed for new IoT connections. The price for NB-IoT modules has dropped to 3 USD, which is comparable to GSM modules.

The 3GPP Release 15 frozen in June 2018 determined that LTE and NR would complement each other and evolve in parallel. LTE evolution is one of the integral parts of the 5G era.

It is also important to highlight that it will take a long time for 5G NR to provide nationwide continuous coverage. Before that, enhanced LTE networks can guarantee optimal user experience for 5G users even when the users leave NR coverage areas. This also enables uninterrupted high-speed 5G services such as VR, AR, and cloud gaming.

3. With a growing number of users and boosting data traffic, LTE will still carry most data services for a long period of time in the 5G era.

715 commercial LTE networks have been deployed worldwide, serving 3.2 billion users. With advantages in terms of coverage and ecosystem, LTE will still be the main bearer for data services in the early 5G era. According to GSMA Intelligence, the number of LTE users is forecast to increase by 2.3 billion by 2025. ABI Research predicted that the proportion of MBB traffic carried on LTE networks will grow from 67% to 82% by 2022. LTE will become the optimal bearer for surging data traffic before the large-scale commercial deployment and maturity of 5G NR.

Therefore, LTE evolution is crucial to operators' success in the 5G era. LTE networks and technologies need to be continuously evolved. In the face of the imminent 5G era, how should operators promote LTE evolution?

The VoLTE service provisioning rate or coverage is insufficient. As a result, voice services of 4G users fall back to 2G or 3G through CS Fallback (CSFB). Consequently, data also falls back to 2G or 3G for a short period of time.

According to Analysis Mason, the global average handset data traffic per user per month (DOU) has reached 2.7 GB, and this figure will increase over the next few years at a compound annual growth rate (CAGR) of 50%. LTE capacity is facing unprecedented challenges. According to OpenSignal's data, the average global LTE user experienced data rate has been declining since 2017 as the network load increases. The average rate decreased from 17.5 Mbps in September 2016 to 16.2 Mbps in October 2017.

With the rollout of new services such as ultra-HD video, VR, and mobile gaming, users have higher experience requirements. Currently, the user experienced data rate of major operators around the world has reached 20 Mbps. In the not too distant future, a data rate of 50 Mbps anytime anywhere with zero wait time will become a basic requirement.

Third, operators should reconstruct their networks towards the 5G-oriented target network where the antennas, RF modules, and spectrum are ready for NR deployment. The main challenge in 5G NR deployment is insufficient antenna installation space. 70% of existing sites have no room for new antennas. It is recommended that 1+1 antenna modernization be used to support all frequency bands of the target network: one antenna for all Sub3G frequency bands and the other using C-Band Massive MIMO. In subsequent network reconstruction, Sub3G RF modules need to be NR-ready, avoiding on-site mounting during NR deployment in the distant future. These RF modules should also support dynamic spectrum sharing between LTE and NR to dynamically adjust the Sub3G spectrum resources allocated to LTE and NR based on their respective traffic volume. 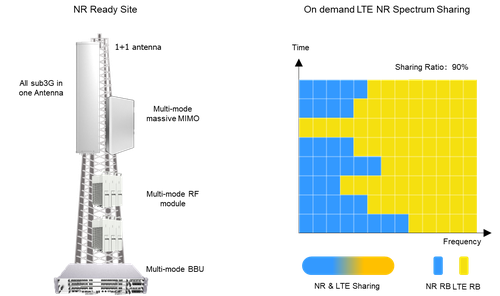 Premium broadband services delivering multi-gigabit speeds should be offered with wireless gateways that support up to 10 Gbit/s bandwidths in the home or business to ensure the best user experience. Remote provisioning and management of CPE equipment is also important to minimize service provider operating costs. #sponsored

The widespread deployment of 5G has spurred rapid development across the globe. The ASEAN region has set itself apart as a center of 5G innovation, with Thailand, the Philippines, Indonesia, Singapore and Malaysia helping lead the way in the global adoption of 5G. #sponsored

Capitalizing On 5G Innovation To Deliver Breakthroughs At The Edge