Why Are Governments Around the World Subsidizing 5G? 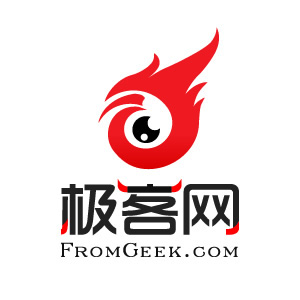 It seems the entire telecom industry has recently been talking about a document issued by the Shenzhen government to boost the construction of 5G infrastructure and the development of the industry as a whole. This document stipulated that CNY10,000 will be compensated for every standalone (SA) 5G base station deployed, and telecom operators can receive up to CNY150 million. This document is seen to demonstrate Shenzhen's speed and commitment to embracing the new technology.

The fact is that Shenzhen was by no means the first to offer such favorable policies and financial incentives; governments in Europe, America, and the Middle East, as well as Japan and South Korea, which were 5G first movers, have all provided various supportive policies and subsidies to boost the construction of 5G. To give a few examples, South Korea has cut taxes on 5G deployment by 3% to support applications of 5G in vertical industries. Middle Eastern countries such as the UAE, Saudi Arabia, and Kuwait have invested heavily to build 5G-based smart cities. The US is subsidizing US$20.4 billion to support broadband coverage in rural areas, and Germany is investing 20 billion euros to build 5G base stations. 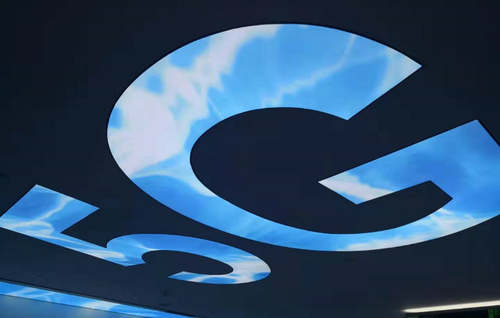 What makes 5G so exceptional that governments around the world are encouraging and subsidizing it? In this article, we will take a deeper look into both this document from Shenzhen and the specific measures taken by the countries that first deployed 5G. Then, we will be able to analyze the rationale behind these subsidies and their significance to other countries and regions in 5G deployment.

Shenzhen takes the lead to subsidize 5G deployment: Financial support for base station construction and electricity
On September 11, the Shenzhen Government Online website released the Notice of Shenzhen Municipal People's Government on Issuing Measures on Taking the Lead to Achieve Full Coverage of 5G Infrastructure and Promoting High-quality Development of the 5G Industry. The Notice proposes that Shenzhen will take the lead in providing full-coverage 5G infrastructure and SA 5G networks, and also that it will successfully develop a high-quality 5G industry. The release also mentions that, by the end of August 2020, Shenzhen will build 45,000 5G base stations, become the first city with full 5G coverage, and have the highest density of 5G base stations in China.

To attain the above goals, the Shenzhen government will optimize its investment priorities to support 5G development by taking advantage of special municipal funds. The government will support the 5G industry in various ways, including direct funding, subsidized loans, and risk compensation. Support will be provided in such areas as 5G network buildout, technological innovation, application demonstration, and environment construction. Telecom operators that complete 5G base station construction targets as scheduled will be able to receive subsidies. More specifically, they will be rewarded CNY10,000 for every base station constructed using the SA model, with each operator capable of receiving a maximum of CNY150 million in compensation.

In addition to direct financial incentives, Shenzhen will also provide support for other resources like electricity and land use rights. Electricity used by 5G base stations built by telecom operators and China Tower will be eligible for commercial power-cost-reduction subsidies. The electricity usage of 5G base stations will be subsidized for three consecutive years under the same standards used for national high-tech enterprises above designated size in the advanced manufacturing or high-tech manufacturing industries. Each year, 5G base station construction requiring separate land use rights will be included as part of the government's annual construction plan, and relevant departments will need to promptly respond to such requests according to their specific responsibilities.

This Notice features comprehensive and large subsidies as well as detailed and executable plans. Much like the earlier announcement that China Telecom and China Unicom would work together to build and share 5G networks in 15 cities, the release of this document is seen as another iconic event in accelerating the deployment of 5G in China. It is widely held across the industry that other provincial and municipal governments of China will soon follow Shenzhen's example to further boost China's 5G deployment.

For example, South Korea, the first country to announce 5G commercialization, has amassed 2.5 million 5G users. Since Korean operators have led the world in mobile broadband service experience and use cases in previous generations, they are sparing no expense on deploying 5G (the top three operators once even provided 50% rebates for 5G smartphone purchases). That said, the Korean government is still heavily subsidizing in different ways. To encourage operators to build a nation-wide 5G network quickly, the Korean government announced that it would cut taxes on network construction by 3%. They also promised to boost the development of vertical industries like autonomous driving and digital healthcare in order to create a wider range of 5G use cases. 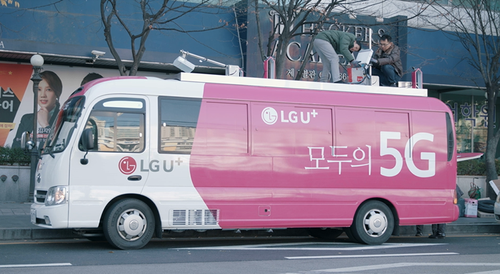 Taking autonomous driving as an example, the South Korean government announced it would operate self-driving shuttle buses in major cities like Daegu and Pangyo by 2020, and by 2025, Korea's provincial-level municipalities will provide about 1,000 5G-enabled buses. In terms of the digital healthcare system, the government said they would develop 5G-based emergency medical services by 2021, where about 20% of the emergency medical centers would have access to this system by 2025. Wealthy Middle Eastern countries like the UAE, Saudi Arabia, Kuwait, and Qatar were also among the first to embrace and invest in 5G deployment. They competed on vertical industry applications such as 5G smart cities, 5G smart tourism, and 5G smart oil fields. For example, Dubai of the UAE announced last May that it would invest US$7 billion over the next five years in deploying 5G networks to build a 5G-based smart city. Data shows that by this April all member states of the Gulf Cooperation Council (GCC) in the Middle East had started 5G deployment, with some already commercializing it.

According to a GSMA Intelligence report in late 2018, mobile operators in Arabian GCC member states had quickly transitioned from 5G trial into early-stage commercialization through strong governmental support, and this laid the foundation for their world leading position in 5G deployment. The Middle East is expected to stay ahead in the global 5G race over the next few years.

In the 4G era, Japan stayed almost neck and neck with South Korea, but now in the 5G era, it lags behind for a few well-known reasons. The Japanese government has now decided to get involved to catch up. In late June, it announced that it would subsidize the country's top four telecom operators and would make a 20% increase in the 5G base stations it plans to build from 70,000 to 84,000 by March 2025 in order to accelerate the buildout of a nation-wide 5G network.

In the Americas and Europe, governmental subsidies have focused on rural broadband coverage. This April, Ajit Pai, Chairman of the US Federal Communications Commission (FCC) unveiled a US$20.4 billion subsidy program that supports broadband deployment in rural areas with 5G millimeter wave technology. According to the program, the Rural Digital Opportunity Fund will distribute funds to connect over 4 million rural households over the next ten years. Germany, which had been one step behind many countries in the 4G era, has also announced that it will launch 5G in some areas in 2020 and has decided to invest 20 billion euros in building base stations, especially in sparsely populated rural areas where it is hard for operators to profit.

The above examples show that in the places that deployed 5G first, governments had taken an active role and spared no effort in developing 5G rollout. As more 5G test networks become commercialized, more detailed subsidy policies are expected to be introduced to help these countries gain a more favorable position in global 5G development.

Why are government subsidies necessary for 5G deployment? What lessons can follower countries learn?
What makes 5G so magical that governments around the world compete in subsidizing 5G network construction? The main reason is as GSMA concluded: 5G is not only about better communication connection, it is also about intelligent connection that enables new ICT technologies such as AI, cloud, big data, and IoT. The combination of 5G networks with these basic technologies that digitize, informationize, and smartify industries not only dramatically improves these technologies, but also streamlines the connection between the cloud and devices. It helps numerous industries adopt innovative business models, improve user experience, and create new value and unlimited possibilities.

5G networks are distinctive in that they transmit data 100 times faster than 4G networks to greatly benefit consumers. 5G, with its high bandwidth, low latency, and massive connectivity, is also the fundamental infrastructure that will support new technologies, businesses, and lifestyles over the next ten years. Emerging strategic industries like AI, IoT, smart home, smart manufacturing, and connected vehicles will all rely on the support of 5G. As an IHS Markit report suggests, "5G technology will promote the evolution of mobile networks from a communications technology into a general-purpose technology, which transforms industries and the whole society."

It is no exaggeration to say that those with first-mover advantages in 5G are in the best position to define standards and lead the development of emerging industries, and have leverage in the future digital economy and intelligent world. Obviously, governments will not remain indifferent to such a far-reaching key technology and strategic general-purpose infrastructure. For follower countries and regions, the measures first-moving countries have taken prove that embracing and supporting 5G deployment is not an option, but a necessity.

Under such circumstances, we can conclude that the 5G subsidy policies of different countries and regions have advanced 5G deployment with different goals in mind. Networking goals differ between urban and rural areas, and network needs differ between industrial and residential areas. To address different network requirements, it is important to first, fully understand the three scenarios of 5G  enhanced mobile broadband (eMBB), ultra-reliable low-latency communication (URLLC), and massive machine-type communications (mMTC); second, consider the specific needs of countries or regions; and then third, carry out 5G deployment step by step. This way, the application of 5G in numerous industries will be supported and will make use of subsidies where they are needed most.

This blog is sponsored by Huawei

To transform from a mobile operator into a full-service operator requires FTTH network construction.

There are digital solutions available to help mobile operators achieve network deployment efficiencies and move toward digital operations to better compete and generate a return on their 5G network investments.

Maximizing Value From 5G Through Effective Network Planning and Optimization

The migration to a new network technology brings new challenges.