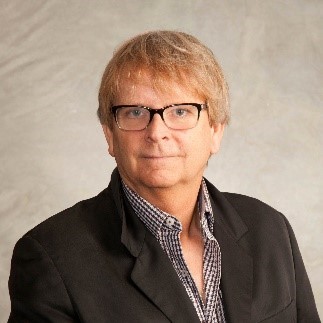 We are in unprecedented times in the CATV industry. Both downstream and upstream data usage has increased since the pandemic, as more people work from home, school from home and entertain from home. Additionally, the FCC has recently allocated funds through their Rural Digital Opportunity Fund (RDOF) to serve millions of rural Americans. Both represent major opportunities for CATV growth in the next 10 years and are related, with the increasing need for broadband access in everyones business, educational and personal life.

In their December 7th, 2020 release of results from the Phase I RDOF auctions, the FCC allocated $9.2 billion to deploy high speed broadband to over 5.2 million unserved homes and businesses. Nearly all these locations (99.7%) will have access to 100 Mbps downstream and 20 Mbps upstream as a result of the allocated funds.

The $6.8 billion in unallocated Phase I funding will be combined with an additional $4.4 billion in future Phase II auctions, for a total of $11.2 billion, targeting partially served areas and the remaining unserved areas. This is in addition to the roughly $50 billion appropriated by President Bidens American Rescue Plan Act in March 2021 for expanding broadband access. Additionally, another $100 billion of potential broadband funding is included in President Bidens proposed $2 trillion spending package, if passed by Congress.

Possible Implementations
There are numerous possible alternatives for providing rural broadband access, all with advantages and disadvantages. The main alternatives are highlighted below.

The first alternative would be to install fiber deeper into the rural unserved/underserved areas where broadband access is needed. The advantage of this approach is that it provides a considerable amount of available bandwidth, to not only meet the initial RDOF bandwidth minimum requirements, but to also support future bandwidth growth. Costs to install fiber can be reasonably high depending upon the terrain and distances involved, and how and where the fiber is interconnected to the existing telecommunications infrastructure. The fiber option is available to both conventional Cable and Telco operators alike, as well as smaller telecom providers with the resources and knowhow to do so. Possible deployment technologies include GPON and EPON.

Another option available primarily to CATV operators is to extend the reach of their existing coaxial plant, to serve the unserved/underserved broadband areas. While this approach does have the advantage of leveraging existing infrastructure (coax, fiber and headend), it is somewhat limited in the reach to which the existing coax plant can be extended, due to signal quality limitations. Another shortcoming of this approach is that extending the reach with coax may limit future possible bandwidth increases, especially given that the labor costs to deploy either coax or fiber are similar, so why not just install fiber instead.

One workaround to these limitations is the use of Reverse/Inverse Amps/Nodes (aka, HFC extenders) as a hybrid approach to extending CATV networks. They do so by converting the fringe CATV RF spectrum to fiber and running the fiber(s) to serve the unserved/underserved areas. Once in these unserved/underserved areas, the optical signal is then converted back to the original CATV RF spectrum and distributed to homes and businesses via DOCSIS modems. Extensions of 10-20 km are possible with this approach, making it a very cost effective and more capable alternative than just extending coax.

The next possible alternative is via Telcos twisted pair, given it already serves most if not all the rural areas. Advances in DSL over the last 20+ years have enabled respectable data rates from 25 Mbps  100 Mbps. The challenge in this solution remains its inherent distance limitation of roughly 1 km, but it could be combined with a fiber backbone, depending upon the specific rural population density and distance.

In the wireless sector, several alternatives are possible as well, including cellular, fixed wireless and satellite. Each will be discussed below.

Cellular (3G/4G/5G) data services can be deployed relatively quickly to unserved rural areas depending on the terrain and distances involved. Once the cell towers and interconnections are installed, there is no more infrastructure required to provide service, only having access to the wireless signals. The challenge in providing broadband access with this approach lies in network capacity. Estimates suggest that broadband subscribers may use 20x the data of a mobile subscriber upon which the networks were originally designed to support, hence concerns over meeting actual broadband usage.

Fixed wireless provides another delivery option, either with licensed or unlicensed spectrum. While potentially viable, distance, terrain, interference and capacity concerns could limit its ultimate use.

Lastly, satellites could be used to service the rural broadband market. Once the constellation of satellites has been deployed, further network costs to add subscribers is effectively zero. Questions remain with this approach in terms of costs, capacity, coverage and latency which will ultimately determine its success.

The sudden outbreak of the coronavirus wreaked havoc in 2020. In the extensive response to this crisis, 5G smart healthcare showed its remarkable capacity to stem the spread of the virus and bring our daily lives and industrial production back to normal.

Huawei Intelligent Cloud-Networks: A Practical Guide to the Transformation of DICT Services

As countries begin issuing new economic policies to address the impact of the pandemic, enterprise cloudification has resurfaced as a hot topic across the entire ICT industry.

Broadband Forum's CloudCO Is Ready to Usher in the SDAN Era