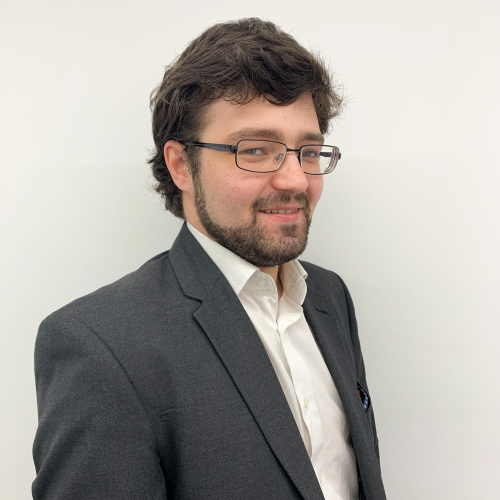 In a market approaching 5.7 billion mobile subscriptions in 2021, broadband can sometimes feel to play second fiddle in Asia and Oceania (Omdia). However, 670 million broadband subscriptions are nothing to be sniffed at  especially in a region with hundreds of millions more underserved or unserved at all.

The global pandemic only exacerbated the need for high quality fixed broadband services. For consumers this was driven by the need to access digital healthcare, education and entertainment services  in 2020 alone Omdia calculates Asia and Oceania OTT video subscriptions rose by 22 percent to more than 550 million. For service providers, the massive rise in this video and digital content traffic means they need more scalable broadband networks to deliver the best broadband services, and to better supplement mobile networks which are also under strain from rises in data intensive video and digital services. Operators also need their infrastructure deployments to be more cost efficient to connect the millions still to be connected in the Asia & Oceania region.

The Asia & Oceania broadband subscribers are generally concentrated in high broadband penetration markets like China, Japan, & South Korea, but there is plenty of potential in low penetration countries like India & Indonesia with broadband penetration rates below 20%. This pressure on operators to build out and improve the operations of their broadband networks comes at a time when they are moving towards distributed and cloud-native network architectures, as part of the latest iteration of Network Functions Virtualization (NFV) and software defined networking (SDN). The development of these technologies were originally focused on core network functions, but are now becoming more common closer to the edge.

One such development is in Broadband Network Gateways (BNGs). Traditionally BNGs have been hardware centric solutions, appliances with tightly coupled hardware and software. If operators needed to scale a deployment they would deploy more BNG appliances. To keep up with anticipated demand this model necessitates service providers to plan and deploy BNG nodes months or years in advance of expected demand.

Figure 2 shows an example of what a cloud-native BNG solution deployment could look like. From these changes in cost dynamics, Omdia believe there is scope for total cost of ownership (TCO) savings vs traditional deployment models in the region of 10-30% over a five-year period. 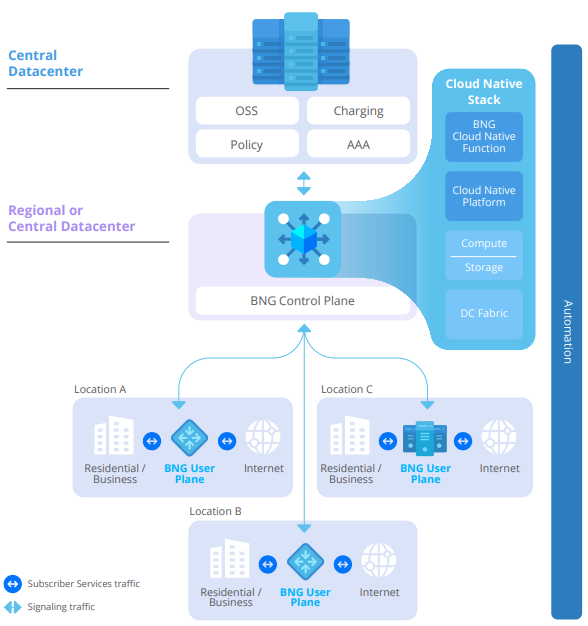 To achieve these savings operators do need to prioritize investment in supporting skillsets to manage and automate cloud-native BNG solutions. These investments will in time make a clear difference to the deployments themselves and the wider business as operators look to orchestrate and automate cloud-native network solutions across network domains. Telenor is an example of an operator who is beginning to reap the benefits of broad skillset and organizational investment in the context of their network transformations. In 2019 Telenor reskilled approximately 6.4% of its employees, investing in virtualization, cloud, automation and other adjacent technical skillsets. This supported an OpEx decrease of 7% YoY on a constant currency basis in 2020 (excluding figures from Telenors acquisition of Finlands DNA).

The Omdia "Evolution of the BNG in Asia and Oceania" white paper focuses on the changing nature of BNG solutions and what they mean for operator cost models and ability to develop services to support new revenue streams.

Download the white paper for more details about BNG in APAC: https://www.lightreading.com/lg_redirect.asp?piddl_lgid_docid=772526

This blog will be followed up by a second blog looking at the opportunity for operators to improve their speed of innovation, to develop new services and revenue streams.

China Unicom: The Biggest 5G Impact Will Be on Manufacturing

In the past, digital transformation of manufacturing meant factory automation or replacing manual labor with machines.

How to Untangle Operational Complexity to Maximize SD-WAN Service Revenues

SD-WAN services are on the rise.