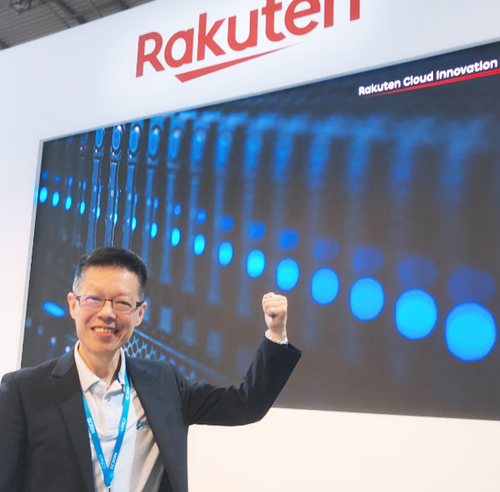 Quanta Computer branched into cloud computing in 2006, and after the company was approached by Facebook to procure servers for their cloud solutions, a large reception for custom gear by web giants followed. Since then, Quanta Cloud Technology (QCT), Quantas subsidiary, has worked with some of the worlds largest cloud service providers (CSPs), and has acquired a lot of the know-how to deploy massively scaled infrastructures in cloud data centers. It was these vast experiences, capabilities, and expertise that triggered Rakuten Mobiles interest and motivation to partner with QCT for a similar big bang in the telecom market. What QCT saw was a natural progression of cloud computing technologies from CSPs to telecoms. Therefore, the company has now expedited the network transformation journey by working with open communities in the telecom space (i.e., O-RAN Alliance and the Telecom Infra Project) in order to democratize 5G technologies.

QCT Provides Excellent Solutions from Data Center to Edge
Prior to the successful announcement of Rakuten Mobiles fully cloud native network, they had already been in the headlines for their bold plan to build Japans fourth nationwide mobile network. Rakuten, best known as one of the largest e-commerce companies in Japan, has over 100 million members in the country alone and 1.4 billion members globally. Furthermore, over the years they also became the largest mobile virtual network operator (MVNO) in Japan with more than 2 million customers. The buzz of the worlds first fully virtualized mobile network is today a reality. Telecom operators across the globe are now paying attention to this network, which is built with less hardware infrastructure and lower deployment costs, offering more affordable rates.

Fig. 1: The Taiwan flag from Edge to Data Center is all QCT.
(Image source: Rakuten Mobile)

QCT and various partners including Intel supported the creation of this open, virtualized and disaggregated infrastructure. From day one, just two years ago, QCT was sold on the idea of using virtualized functions to build a simple network that disrupts and reimagines the way carriers build and manage their networks. QCT jointly verified, developed, and provided the server hardware and racks to meet Rakuten Mobiles design specifications at the start of the project. In just 3 months, there were Intel processors running on QCT servers with Intel field programmable gate array (FPGA)-based accelerators. Utilizing Intel® Xeon® Scalable processors and Intel® FPGAs for acceleration, this underlying foundation built a platform that not only scales but also enables continued innovation to create services on an agile Rakuten Mobile network.

In addition to being a hardware manufacturer for the project, QCT also worked with Rakuten Mobiles partners for the end-to-end infrastructure and service automation. The company worked with Ciscos development teams to integrate their Cisco Virtualized Infrastructure Manager (CVIM) and collaborated with Altiostar to complete software and hardware integration of their virtual radio access network (vRAN) technology. A major milestone was achieved on February 3, 2019, with the first end-to-end real world tests of the network carried out in Tokyo. 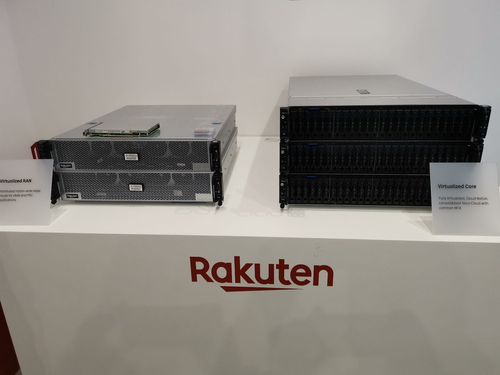 Fig. 2: QCT hardware on display at the Rakuten Mobile Booth during MWC Barcelona 2019.

With mobile networks today entering the 5G era, IT infrastructures must evolve with the required computing power and scalability to support new services and at a lower cost to consumers. As mentioned, QCT was fully aligned with Rakuten Mobiles vision to minimize complexity and disaggregate software from hardware to ensure agility, stability, and scalability, as well as cost efficiency. QCT, in those critical 3 months, provided their commodity servers (QuantaGrid D52BQ-2U and QuantaGrid D52BE-2U) to Rakuten Mobile, which later constituted the 4G/LTE NFV infrastructure for the core network and edge data centers that have the ability to be extended to 5G. The QuantaGrid D52BQ-2U powers the virtualized core network at central data centers with Intel Xeon Scalable processors and multiple expansion slots for network ports and FPGAs. The QuantaGrid D52BE-2U is powered by the same Intel processor family and designed with a short depth chassis (579mm) and flexible I/O options for the network rack at the edge data center.

As the Rakuten Mobile network platform evolves with constant innovations in the telecom space, QCT will support as the underlying robust foundation for others to follow and a powerful contender amongst server vendors worldwide as others rethink how they want to build their infrastructure of the future.

Despite Geopolitical Disagreements, China Remains at the Core of 5G SA Deployments

As China embarks on the world's most extensive 5G SA (5G standalone) deployment, we should look to learn from its success and best practices in anticipation of broader global deployments.

The next wave of SD-WAN users have fewer resources to apply to their SD-WAN deployments and are looking to managed security providers to take up the slack.

When it comes to maximizing the network capacity of each base station site in densely populated urban areas, there is a clear trend towards adaptive Active Antennas rather than conventional passive antennas.