How China's 5G Launch Will Gear Up the Global 5G Industry 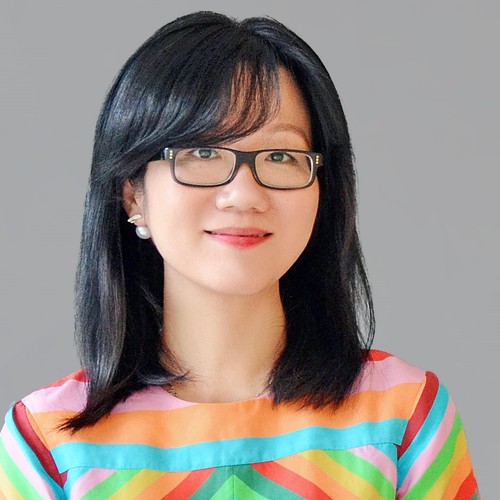 With the launch of the world's biggest 5G networks in China, the 5G era can be said to have truly begun.

China already dominates the world 5G scene in network scale. The operators have already deployed 86,000 5G base stations, and expect to roll out 130,000 base stations by the end of 2019 and 600,000 by the end of 2020. The arrival of the Chinese telcos in the market will turbo-charge 5G development, and not just in China.

With 1.27 billion LTE users and 817 million existing mobile Internet users, the Chinese players have the scale and expertise to drive 5G growth. They are offering some of the world's most affordable 5G services.

Prices start at 128 yuan ($18.30) per month for 30GB of data -- consumer-friendly rates that will drive adoption and help the global industry ecosystem get to scale. That means accelerated production of affordable handsets and apps development.

Currently, just nine 5G handset models are available in the China market, at prices of between 3500-8000 yuan, with another eight expected by year-end. But analysts believe the first 2000-yuan devices will launch in the second quarter of 2020, followed by 1,000 yuan phones in the fourth quarter. That will further drive take-up of 5G subscriptions and create an installed customer base for new and innovative 5G apps.

Worldwide, 56 carriers have built 5G networks and 40 have launched service. Among these, Huawei has won more than 60 contracts and shipped over 400,000 5G active antenna units (AAUs). Competition is one of the major decision factors behind 5G deployment. Telcos don't want to be left behind as their rivals begin to offer new services.

5G adoption is also being driven by an increasing level of confidence in the new technology. Many hundreds of 5G trials have already taken place and the trial results have all showed a major leap in performance over 4G. The 5G trial networks are achieving speeds of multiple gigabits per second, compared to hundreds of megabits for peak LTE.

Besides network performance, 5G also presents a strong economic case.Operators know it can increase bandwidth almost 20 times over 4G while at the same time reducing cost per bit tenfold. On the revenue side, it offers operators their best opportunity to escape the industry trap of flat revenue and fast-rising traffic.

In Korea, which introduced 5G services in April, data consumption among 5G customers has increased threefold while new revenue streams are opening up through services such as AR, VR, cloud gaming and live 360º HD sports broadcasting.

We are very confident that AR and VR services will be successful 5G applications. They can be offered over 4G but the 5G experience is so much better. The real differentiation in 5G comes from the enormous number of potential business and industrial use cases. The new mobile infrastructure will facilitate industry digitalization and enable businesses to expand their scope of operations.

5G will also enable control of applications that save manpower and improve efficiency and productivity. Already 5G is proving its value in verticals such as media and in security and authentication in large venues.

Broadcasters can now replace a $40 million outside broadcast van and satellite link with a 5G-enabled backpack. China CCTV used a 5G link to broadcast China's national day ceremony from central Beijing on October 1.

5G is also supporting many innovative use cases at Beijing's new Daxing Airport, like smart check-in, thanks to the large number of 5G-enabled cameras installed at check-in points and around the boarding gates.

These are applications that can be immediately implemented using chipsets and devices already in the market. It won't take long for these to achieve scale. Future 5G use cases, like massive M2M and ultra-low latency, would have wait for the finalization of the standard next year or 2021.

The best way to meet the end-users' security requirements is a network-based approach.

Welcome to the modern service provider's dilemma: how to master the unexpected!

Telecom operators have been on a long journey to implement software-defined networking (SDN) in their data centers and transport networks over the last ten years.

Tying the Knot With CI/CD

The move to cloud-native is as much about people and relationships as it is about technology.