5G Performance – You Ain't Seen Nothing Yet! 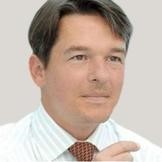 Working, learning and even governing from home has shown us how well prepared our networks are for unexpected traffic surges. During these times of massive lockdowns, we have learned how to use available technology to virtualize distance. Telecommunication networks have become our lifeline to keep working and learning and to stay close to friends and family, even while physically separated. The adoption of video communication and online collaboration tools has risen sharply and will lead to a broader adoption of new ways of working and living when the current crisis ends.

From a network perspective, these last few months have been, in some areas, like a fast forward to usage levels not predicted to occur for another two or three years. 2020 is also the year in which many more people will benefit from higher data rates on 5G, with several factors coming into play.

The 5G smartphone ecosystem is expanding to offer wider choice and including more affordable models. Dynamic Spectrum Sharing, once supported by these upcoming devices, will allow CSPs to turn their existing 4G spectrum and network infrastructure into nationwide 5G coverage  rapidly, via a software upgrade, while protecting 4G network performance. In areas with a high population density, like in megacities, the capacity frequency bands like 3.5 GHz or millimeter wave offer additional network capacity headroom, especially when combined with network performance innovations.

So where is Nokia at with the evolution of 5G network performance? In March, we announced record 5G capacity gains - increasing total downlink sector throughput by 300% to around 3 Gbit/s  by advanced software, including MU-MIMO (Multi-User MIMO), on Nokia AirScale massive MIMO basestations.

In a Nokia millimeter wave 5G network in the USA, we showed we could exceed user downlink data rates of 2.4 Gbit/s. In non-standalone 5G networks, dual connectivity uses the often-documented superior performance of Nokia LTE networks. A Nokia analysis of LTE user experience confirmed this - using crowdsourced data over two months in over a hundred of Europes largest cities, the average 4G downlink throughput on Nokia-supplied networks was 23% higher than that on networks supplied by our competitors. For the 4G uplink, the observed performance advantage on Nokia-supplied networks was 11%. Latency on Nokia-supplied 4G networks was on average 12% below that of competitor-supplied 4G networks.

Pointers to the future

In Shanghai, at one of Chinas largest convention centers, visitor density during events provides a glimpse of the capacity requirements we can expect to see in many other venues around the world in the future. A CSP using Nokia AirScale Indoor Radio, in combination with Nokia AirScale macro and micro cells, provided 33% higher throughput under peak load than its competitor, which was using network gear from another vendor.

During the second half of 2019, we at Nokia showed we could increase 5G peak and average throughput in our field verification network by more than two times. In line with the expected 5G user equipment ecosystem, we are looking forward to impressive enhancements in 5G data rates, capacity and coverage throughout 2020 as well. And we are still in the early days of 5G - you aint seen nothing yet!

As part of Nokia's marketing team for mobile networks, Arne Schaelicke focuses on the transition of 4G networks into the 5G era. He has a Masters degree in Electrical Engineering from the University of Karlsruhe in Germany, an MBA from Edinburgh Business School and over 22 years of experience in telecommunications.

Despite Geopolitical Disagreements, China Remains at the Core of 5G SA Deployments

As China embarks on the world's most extensive 5G SA (5G standalone) deployment, we should look to learn from its success and best practices in anticipation of broader global deployments.

The next wave of SD-WAN users have fewer resources to apply to their SD-WAN deployments and are looking to managed security providers to take up the slack.

When it comes to maximizing the network capacity of each base station site in densely populated urban areas, there is a clear trend towards adaptive Active Antennas rather than conventional passive antennas.