Software DIY is the latest craze at Vodafone. The operator, along with most others, is used to buying all its IT systems from the likes of Netcracker, a subsidiary of Japan's NEC. Under a software shake-up announced last month, the UK-headquartered firm plans to start building much of the technology instead. For Netcracker and its rivals, the danger is that a lot of business simply disappears.

Ahmed El Sayed, the Vodafone executive in charge of software engineering across Europe, has been drawing up two lists. One identifies the IT products he will continue to buy. The other describes the systems and tools that he believes Vodafone can develop internally. Both have ramifications for IT vendors such as Netcracker, which has been working with Vodafone on a project in Hungary.

"For the core back-end stack, like the core billing systems, Netcracker is providing the right system with the right agility and I don't really have to invest," El Sayed tells Light Reading. "But when we review this, parts of these BSS [business support systems] can probably be insourced as well." 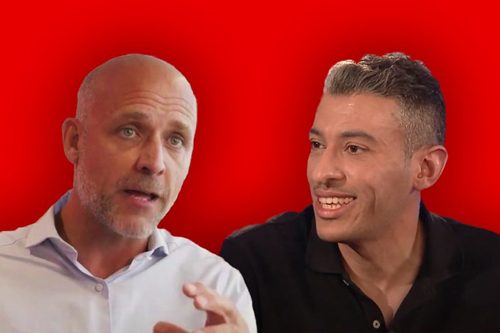 That explains Vodafone's keen interest in the concept of microservices  essentially, a breakdown of the monolithic software products that operators have traditionally bought into small, reusable components. In principle, this redesign should allow Vodafone and an adaptable vendor to work on software projects where the ingredients come partly from the vendor and partly from Vodafone.

Many vendors have already bowed to customer demand for microservices-based products, following earlier complaints that monolithic software did not bring enough benefits. But Vodafone's desire to rely on internal resources, and cut spending with external suppliers, now poses a challenge. To support its plans, the operator has said it will add another 7,000 software engineers to its technology team by 2025, mainly by retraining staff. The effort would give Vodafone around 16,000 software engineers in total.

El Sayed insists most vendors are supportive and "quite advanced" when it comes to microservices adaptation. His view that the broader telecom software market is set for growth could partly explain why the vendor community is not more resistant. "You could have a smaller percentage of the total, but the market is bigger than before," he says.

The new mode of working has already been tried with Netcracker in Hungary. There, Vodafone is moving customers to a new "convergent" IT stack  designed to support both fixed and mobile services  and decommissioning about 100 older systems. El Sayed says the partnership has involved "co-creating" tools. "It is not like we are just taking what they have," he says. "We can evolve the stack to the best interests of the customers."

For all the risk to a traditional vendor, Netcracker now has a big opportunity to work in the same manner with Vodafone outside Hungary. As part of a technology reorganization announced earlier this year, the operator is replacing the silos that have catered to individual European countries with teams that will address the entire region. Its software engineers will increasingly work on products and services intended for use across all Vodafone's markets.

"Instead of having 20 apps, let's have one source code for the app  there may be different features for a market because of different needs but it becomes one source code behind these features," says El Sayed. What he calls an "organization garage" has been set up to assess whether a specific BSS stack or function is appropriate for numerous markets and can be scaled accordingly.

On the cost front, the company expectation is that Vodafone will be able to slash related expenses by around 20%, on average, even before considering the scale benefits of developing software for numerous countries. Besides cutting its licensing fees, Vodafone can realize savings by working in closer partnership with suppliers such as Netcracker, says El Sayed. "There is a financial governance overhead that disappears automatically," he says.

The other benefit that executives talked up at a recent press conference is less dependency on specific vendors, including the US public clouds. An in-house software platform called telecom-as-a-service (TaaS), Vodafone hopes, will allow it to shift IT workloads between those clouds and not have to rewrite everything from scratch. "When you are with AWS or Google, you should very quickly be able to move from one to another," says El Sayed. "The TaaS will give us an agnostic relationship with any hyperscaler out there."

An aid to differentiation

There is no guarantee of success for Vodafone. Retraining so many employees  Vodafone expects to internally recruit the majority of the 7,000 new engineers  may prove costly and difficult. Externally, competition for software talent is fierce, with the very best engineers commanding fat salaries. It is no longer just the technology firms that are in search of top talent, either. In the telecom sector alone, both Germany's Deutsche Telekom and cable operator Liberty Global have similar schemes to Vodafone, executives revealed at last week's Total Telecom Congress in London.

But Vodafone's initiative is welcomed by Dean Bubley, an analyst with Disruptive Wireless, as one that should at least aid differentiation from other telcos. "The attitude of we are going to try to build something is frankly what the telecom industry has been missing for the last ten or 15 years," he said on this week's Telecoms.com podcast.

"If you actually spend money on doing R&D and inventing things, or at least choosing the differentiated things to buy and resell, then you have got more chance of creating new services, new products and being different from the other operators," Bubley argues. That would be the ultimate validation of build rather than buy.