Telia is culling IT suppliers in latest hunt for savings

It is no secret that IT systems have run amok in telecom, multiplying like a transmissible strain of coronavirus as operators have tacked on new features. The number of variants within some big telco groups is also astonishing. Today's revelation that Sweden's Telia plays host to as many as 29 different IT suppliers would seem partly to explain why IT transformation has been such a persistent headache.

Appointed CEO in late 2019, Allison Kirkby is on a mission to neutralize it once and for all. Her big plan at the Scandi operator is to cut all operating costs across the group by 2 billion Swedish kronor (US$230 million) in the next couple of years and SEK4 billion ($460 million) by 2025. Such a reduction would equal a not-insignificant 5% of the operating expenses that Telia recorded last year. And a big chunk of the savings  about SEK750 million ($86 million)  is expected to come from IT transformation.

Grizzled industry veterans may be skeptical. Telecom operators seem to have been talking about transformation for years, Telia among them. In 2017, Johan Dennelind, Kirkby's predecessor, told investors that "old products and IT systems can be removed when we implement new platforms." His aim then was to lower group costs in 2018 by SEK1.1 billion ($130 million). 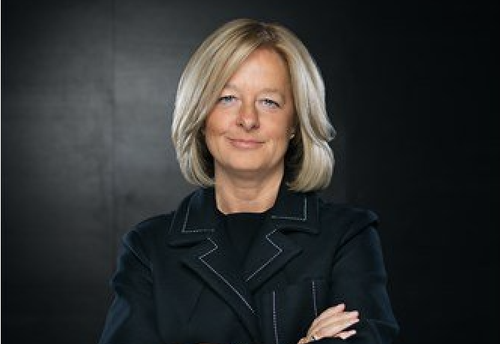 Telia CEO Allison Kirkby is on a mission to fix IT problems once and for all.

It is unclear if this target was ever hit. There was no mention of the SEK1.1 billion figure in Telia's annual reports for 2018, 2019 or 2020. What is apparent is that Telia's overall operating expenses have risen from about SEK69 billion ($7.9 billion) in the year Dennelind talked about old IT systems to nearly SEK88 billion ($10.1 billion) last year. The takeover of Bonnier Broadcasting, a TV business, and impairment charges in Finland were major factors in the increase.

Also apparent, given Kirkby's update for the second quarter of 2021, is that any IT clean-up by Dennelind did not leave Telia with a small number of suppliers. But the multinational firm, which operates networks in five countries besides Sweden, is probably not unique. How a company like Telia ended up with 29 different IT suppliers is no great mystery, says James Crawshaw, a principal analyst with Omdia (a sister company to Light Reading).

"Every line of business will often end up with one or two suppliers and these will not be common across the group if they make purchasing decisions independently," he tells Light Reading. Each of Telia's country markets, he points out, will operate both a consumer and an enterprise division that may reach IT decisions separately. There might also be fixed and mobile units that act independently of each other.

On top of this, the IT market is awash with suppliers. "There is a large number of IT services companies, some big like IBM or DXC and some single-country niche players," says Crawshaw. "So getting to 29 across a group like Telia is not hard."

Getting down to four might be, though. The good news is that Kirkby has already kicked off that process, identifying the four companies that will absorb other systems. Named on today's earnings call, they are Accenture, Capgemini, TCS and TietoEVRY. The bad news is that consolidation is likely to be a time-consuming process riddled with potential traps.

"These are multi-year contracts and handing over from one supplier to another is always fraught with risk," says Crawshaw. "To get cost savings it relies on the four chosen strategic partners being able to find some economies of scale."

Savings look possible if Telia can rely on fewer account and project managers to look after IT than when the effort is split across so many different suppliers, says Crawshaw. "In addition to the cost saving, it makes life simpler for Telia having fewer relationships to manage."

The obsession with cost is understandable at a company that has recently quit most of the emerging markets it once deemed a growth opportunity. In the last few years, Telia has sold various assets in Central Asia, deciding the region is too risky an operating environment for a publicly listed firm based in Europe.

Restricted nowadays to Northern Europe, it has struggled to boost revenues despite making hefty investments in the rollout of fiber and 5G, a new mobile technology. For the second quarter, sales rose just 0.5%, to about SEK21.9 billion ($2.5 billion), compared with the year-earlier period, although Telia says they were up 4.9% on a like-for-like basis.

It swung to a net profit of SEK8.1 billion ($930 million) in the quarter after selling Telia Carrier, its international carrier division, and recording impairment charges a year earlier, when it suffered a SEK2 billion ($230 million) loss. Despite cost-saving activities, though, its margin for earnings (before interest, tax, depreciation and amortization) shrank to 35.3%, from 35.5% in the year-earlier quarter.

Still, IT transformation is not the only strategy for shedding weight. Like some other telcos, Telia is also trying to simplify its lineup of products and ditch older network technologies. It already claims to have turned off more than 75 legacy systems and decommissioned about 20 old product lines. The shutdown of its Swedish 3G network, used by a dwindling number of customers, is planned for 2023.

Headcount has been dropping, although it has not been slashed as dramatically as at other telcos in Europe and North America. Data compiled by Light Reading shows the number of employees at Telia fell from nearly 27,000 in 2015 to about 20,750 at the end of last year. On today's call, Kirkby revealed that 450 employees have "exited" as part of headcount reduction efforts this year, without providing an updated figure for the overall size of the workforce.

Kirkby's arrival at the helm obviously coincided with the outbreak of coronavirus and Telia's share price has dropped about 10% since she was named CEO. It was down about 3.7% at the time of publication as shareholders took stock of the various company challenges and an especially weak performance in Finland, where adjusted earnings fell 9% due to mounting costs. "There is a lot to do," said Kirkby. "This management is going to fix it once and for all, but it will take a few quarters."