Stanford University's Nick McKeown joins the podcast to discuss a career milestone and a very forward-looking 5G project that involves (hopefully not) crashing drones on purpose. McKeown today is set to receive the 2021 IEEE Alexander Graham Bell Medal "for contributions to internet router architecture and software-defined networking." This will happen during the 2021 IEEE VIC (Vision, Innovation, and Challenges) Summit and Honors Ceremony, which will be held virtually on May 11 through May 13, 2021.

After discussing the impact and importance of software-defined networking, McKeown reflects on what is changing about networking as we move toward more software-defined and open systems. Soon, he said, we'll be more worried about what we're doing on the network and not as worried about protocols and interoperability and hardware. "It's a big distributed system  a platform that is programmable by those who own and operate it," he said. "This is a massive change."

Finally, we dig into his latest project, which is to work with fellow academics and students to build and deploy an end-to-end 5G-connected edge computing cloud network. The effort, called Project Pronto, is all about helping to find ways to secure network infrastructure that is mostly software-defined, open sourced and fully programmable. As DARPA describes it, the effort "aims to address unintended and unwanted interactions between network slices and threats from the vast increases in network scale."

McKeown said the project is part of a global conversation about who is writing the software that controls our networks and who ultimately has control over the behavior of networks: "There ends up being a lot of heartache and discussion about who wrote it, in what equipment does it go, is it open or closed? Could we see it? What is in there? Is there anything nefarious in there?" 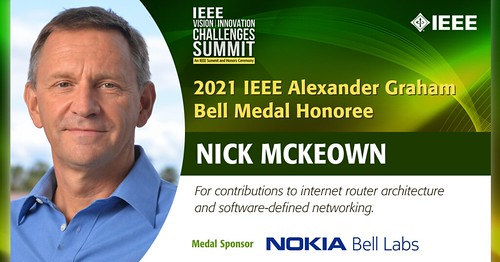 You can find all of Light Reading's editorial and custom audio programs on Apple Podcasts, Google Podcasts, SoundCloud or Spotify.